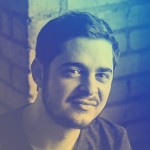 As an avid gamer with stacks of Game Informer issues piling up in my living room, I have to say it’s both an honor and a bit of a trip to actually be here. Even after graduating from the UNC School of Media and Journalism this past December, it’s still surreal to have the curtain pulled back on what’s been an intimate part of my life for so many years, meeting all the individuals whose words have guided me through this industry.
My journey into gaming began at the tender age of seven when I first witnessed the greatness that is Super Smash Bros. on Nintendo 64 at a friend’s house. From there it was a steady climb, convincing parents who saw gaming as a pointless hobby to let my twin brother and I embrace what they thought was only a trend. After receiving a Game Boy Color and a copy of Pokémon Crystal from some generous uncles one Christmas, our lives were forever changed. A year later, I received my first console: a PlayStation 2, which my parents miraculously gifted my twin brother and I (more for its DVD functionality than anything). It was on the Xbox 360 with Fallout 3 that my video game addiction evolved into a passion. Today, you can find me playing any kind of open-world sandbox or RPG that includes a degree of customization. My proudest (and somehow most shameful) accomplishments include reaching 100 percent in GTA San Andreas and getting all the achievements for Assassin’s Creed II, Call of Duty Modern Warfare 2 and Fallout 3. My dad used to mock my twin brother and I for playing video games, so I looking forward to proving him wrong when I make a career out of it.

Here’s a selection of the titles that are fun to play – until somebody throws a controller.
by JP Gemborys on Dec 25, 2018 at 01:00 PM
Feature

Netflix’s The Punisher Is Still Getting Its Second Season

A new teaser gives us a glimpse into one of Netflix's last remaining Marvel pillars.
by JP Gemborys on Dec 12, 2018 at 12:55 PM
News

The Great White North can build ice hockey rings for culture and is incapable of declaring surprise wars.
by JP Gemborys on Dec 11, 2018 at 01:33 PM
News

Now you can slap a minigun on your motorcycle and see who would last the longest in a metal-shearing arena.
by JP Gemborys on Dec 11, 2018 at 12:31 PM
Feature

The Most Horrific Post-Apocalyptic Settings In Video Games

These are the wastelands we’re much more comfortable exploring from the safety of our couch.
by JP Gemborys on Dec 07, 2018 at 02:15 PM
News

The Creators Behind The Netflix Original Series Announce Stranger Things 3: The Game

With a unique art style by Bennett Foddy and frenetic jazz score, the game looks right in line with Devolver Digital's wheelhouse.
by JP Gemborys on Dec 06, 2018 at 01:20 PM
News

Players wishing to receive a refund or get a canvas bag may have had their credit card info compromised.
by JP Gemborys on Dec 06, 2018 at 12:15 PM
News

Could the annual sandbox shooter be going post-apocalyptic?
by JP Gemborys on Dec 05, 2018 at 11:29 AM
rumor

The studio is currently looking for Asian and Asian-American directors.
by JP Gemborys on Dec 03, 2018 at 01:36 PM
News

Winter Is Coming In Fortnite’s Season 7

Spice up your rampage with flying automobiles and hordes of sword-wielding Yakuza.
by JP Gemborys on Nov 29, 2018 at 02:15 PM
News

Kingdoms Of Amalur: Reckoning, Sonic Unleashed, And Aliens Vs. Predator Now Backward Compatible On Xbox One