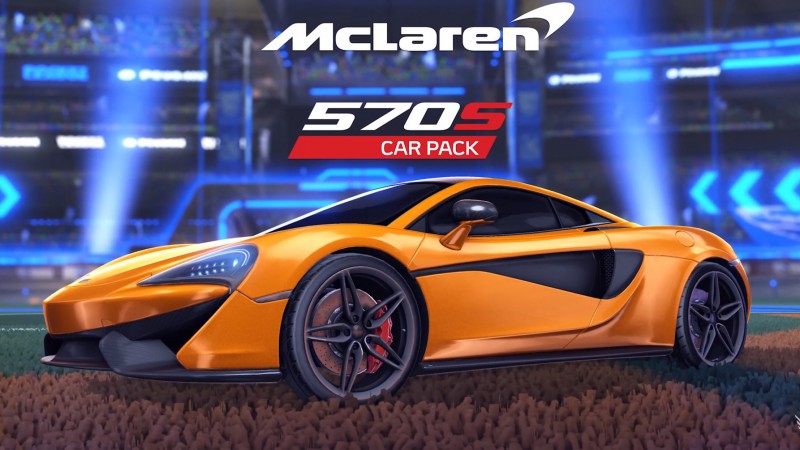 Tonight at the Game Awards, developer Psyonix announced new DLC for the action-packed, vehicular sports madness that is Rocket League. According to a new trailer, players can now hit the gridiron in a sleek, new McLaren sports car.

Partnering up with McLaren automotive, fans of the frenetic soccer-demolition derby hybrid can now score goals from the inside of a battle-prepped McLaren 570S Coupé. Along with the sports car in its battle form the DLC package includes two McLaren-themed player banners, and is available today for $1.99.

For a look at the new gran turismo entering Rocket League, check out the trailer below, and to purchase the new McLaren 570S pack, race on over here as fast as you can.