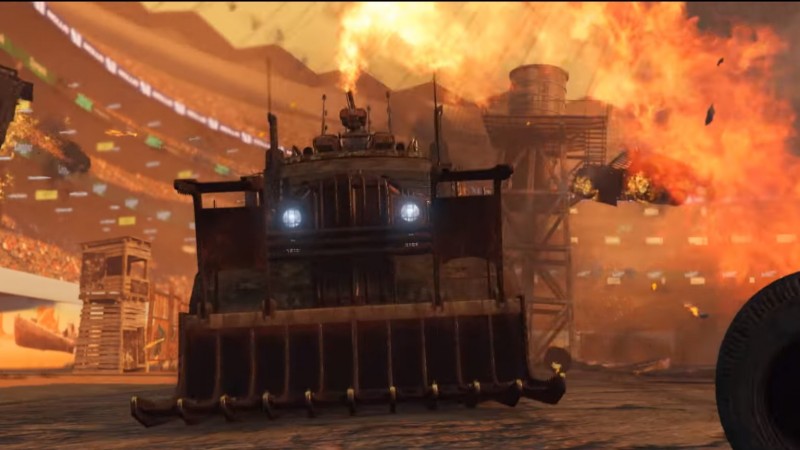 Rockstar has just released its latest DLC for Grand Theft Auto Online, and it looks like players will be able to enter the Maze Bank Arena for some car-on-car gladiatorial combat.

Arena Wars brings with it a new workshop capable of turning your car into a death machine, seven new arena event modes, and the ability to track your progress in the events to unlock trophies and new outfits. Players can also get their hands on 12 new contender vehicles all capable of receiving metal-shearing upgrades, available in three new styles: apocalypse, future shock, and nightmare.

Among the many modes announced, players can jump into the area for the free-for-all mode of carnage where players will battle it out with a host of other weaponized vehicles until there’s only one left standing. There are also classic modes like flag war (capture the flag) and some new ones like here comes the monsters, which unleashes a horde of monster trucks upon some hapless compact cars to see if even one of the eco-friendly vehicles can survive. Players who are eliminated will also become spectators capable of unleashing explosive-armed RC cars and lethal drones upon the remaining drivers.

The new DLC released today, so if players log on from now until December 17, they’ll receive a free in-game T-shirt, double GTA$ and RP in the arena mode, as well as discounted weapons at the weapons shop.