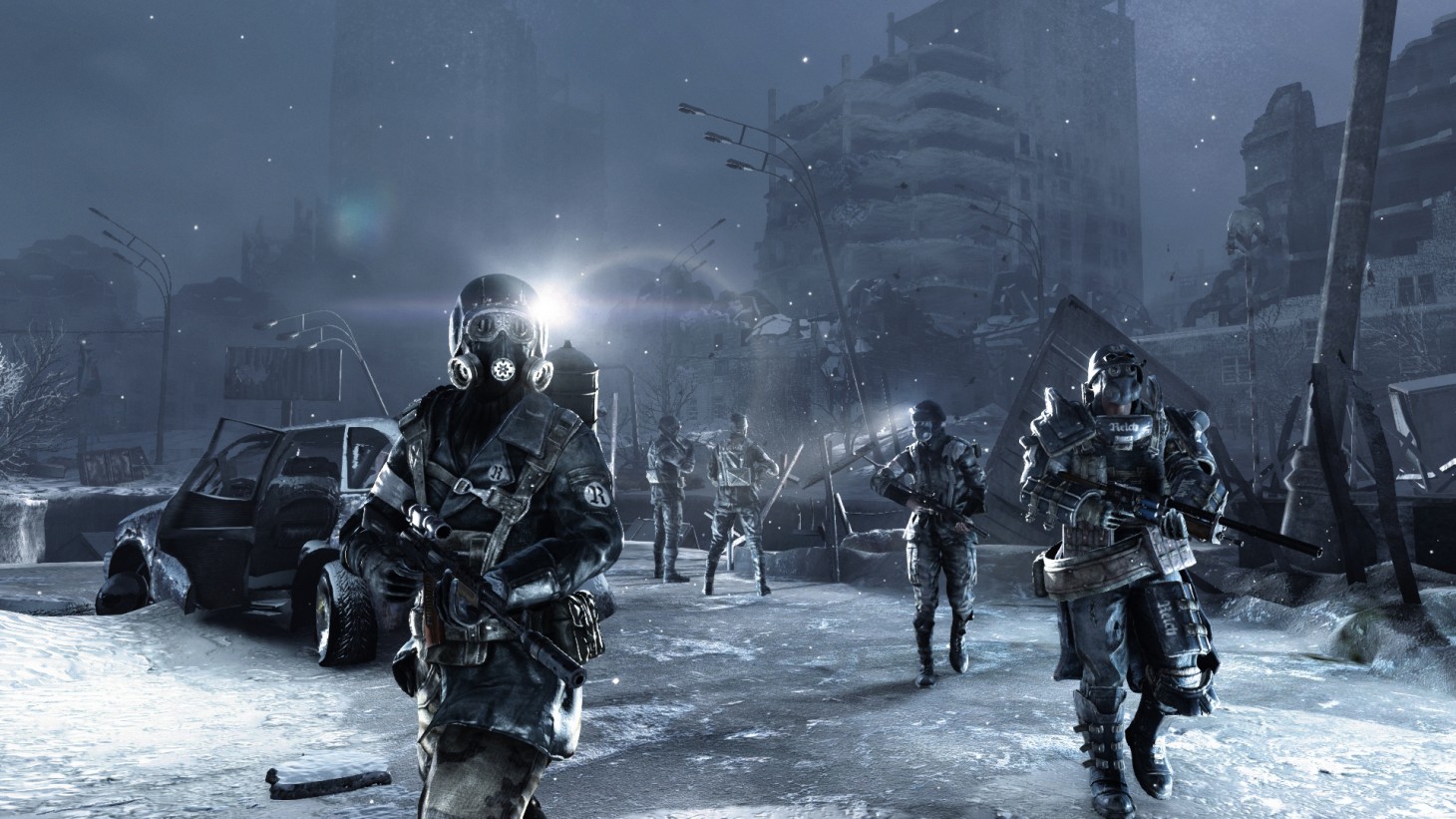 The Most Horrific Post-Apocalyptic Settings In Video Games

Post-apocalyptic settings in video games are always a blast. Whether they’re populated by cyborg demons or feral humans, these dust-beaten worlds are rife with conflict, crawling with creatures that go bump in the night, and bursting with awesome loot to help your grizzled road-warrior character beat back the freaks. With Rage 2 on the horizon (and Fallout 76 shelling us with its own type of horrors), now’s the perfect time to look back on other worlds torn asunder by Armageddon. None of them are places we’d want to visit in real life. 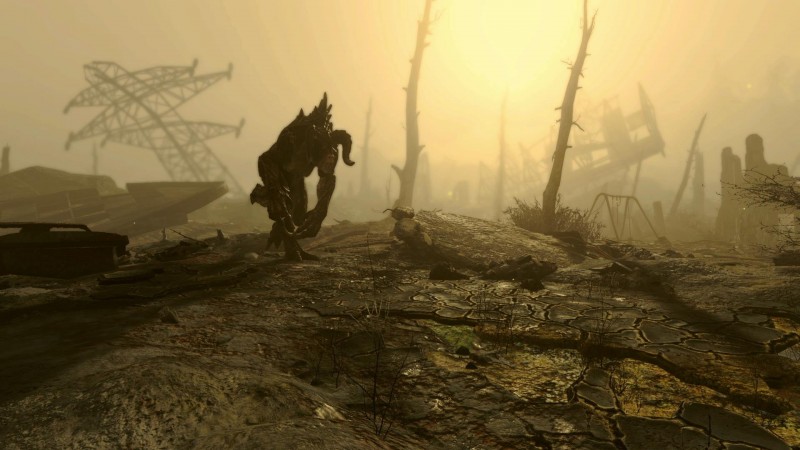 In Fallout, nuclear holocaust has reduced civilization to ash. What remains is patrolled by mutants (or worse), and those who’ve survived are forced to hole up in crumbling cities where radiation twists them into ghoulish freaks. Fallout posits a horrific world, but what makes it truly disturbing is it asks what our world would be like if we’d never escaped the paranoia and fear of the post-war ‘50s. Fallout’s nuked-out wasteland is like an eerie time capsule, littered with reminders of a society positioned on the brink and all the dark fruit borne by such a desperate situation. Couple that with the resulting abominations, and we’re glad we live in our own timeline. 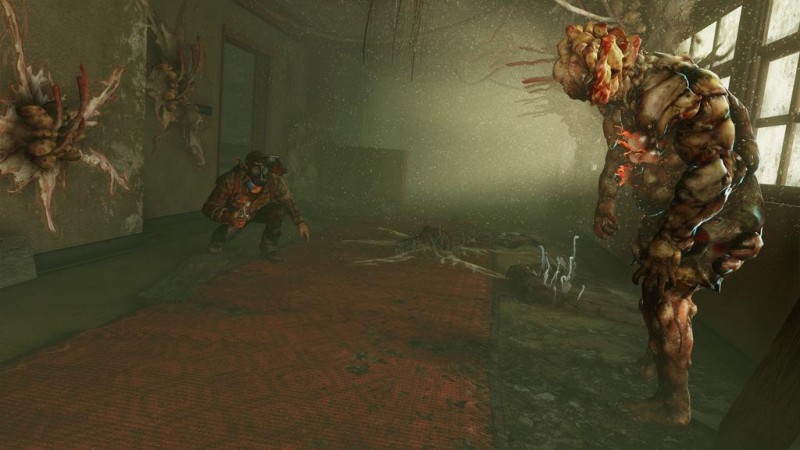 From the desperate marauders who’ll kill you for food to the hordes of feral, fungus-ravaged husks eager to rip out your throat, you likely won’t live long in this gritty post-pandemic Earth. In The Last of Us, a cordyceps infestation has blazed its way across the planet, either killing or infecting 60 percent of the human population and leaving the rest of humanity to fend off extinction. Worse still, even if you survive, your humanity won’t. For us that spells true terror. 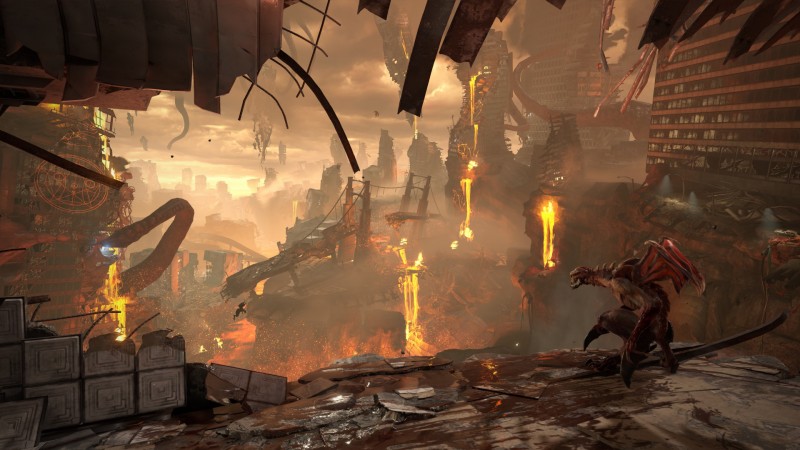 At this year’s E3, we got our first glimpse of Earth after it’s been taken over by demonic forces in Doom Eternal. In the trailer, we can see demons pouring out of scorched fissures that have torn a city apart, rivers of lava coursing sluggishly through the crags, and enormous chthonian worms wrapping around charred skyscrapers. In other words, it looks like another day at the races for Doom Guy. If you’re just an average joe, however, then you’re probably one of the blackened skeletons crunching under his boot. 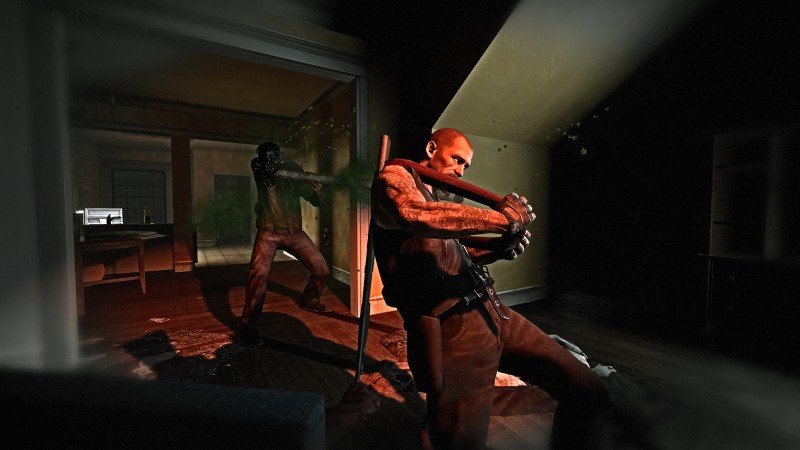 On a rooftop amid a sea of infected, you and three companions watch as a helicopter flies by without so much as a second glance. Instead of a quick rescue, in Left 4 Dead you’ll have to fight your way through the hordes in order to make it to safety, and the infected aren’t your average zombies – they come at you full sprint. Throw in a mix of other twisted varieties, like the hulking tank, sobbing witch, and long-tongued smoker that uses its immense mouth organ to wrap you up and drag you into harm’s way, and this is one zombie-filled apocalypse we wouldn’t want to be caught dead in. 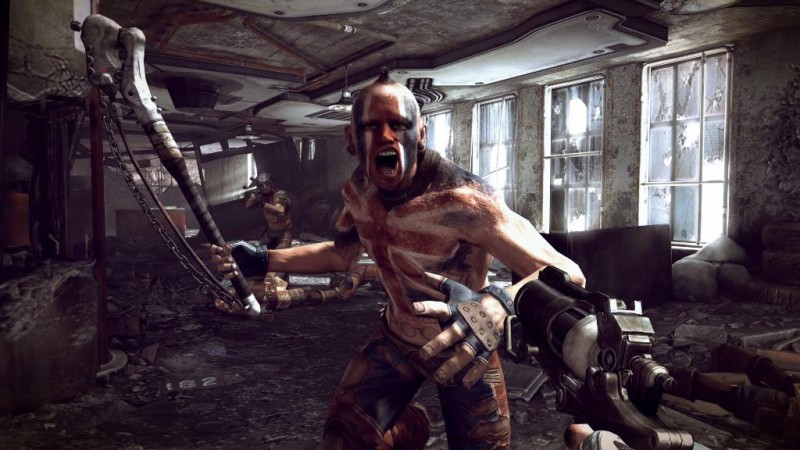 After an asteroid named for the Egyptian god of chaos lays waste to civilization and reduces Earth to a barren desert only navigable by dune buggy, life takes a violent turn. From bandit clans who worship technology to towering mutant behemoths and technologically advanced fascists, there are a lot of people shooting at each other in the wasteland. Suffice to say if you lived through it, you’d probably be roasting on a spit somewhere or just turned into a mutant cyborg for the self-proclaimed government. Luckily, if a giant meteor ever does come to Earth, we can always call upon Bruce Willis. 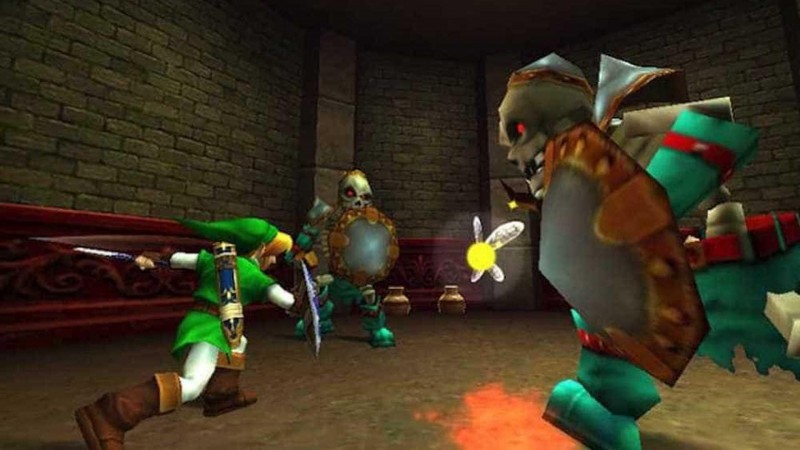 The Legend of Zelda: Ocarina of Time

Midway through the Ocarina of Time, Ganondorf gets his hands on the Triforce and finally ascends the throne to rule over Hyrule. Under his evil reign, shrieking redead roam the highways and entire villages are abandoned. In the iconic series, it’s about as close as the Demon King ever gets to fulfilling his dark dream of world domination. Thank the gods for Link and the master sword, am I right? 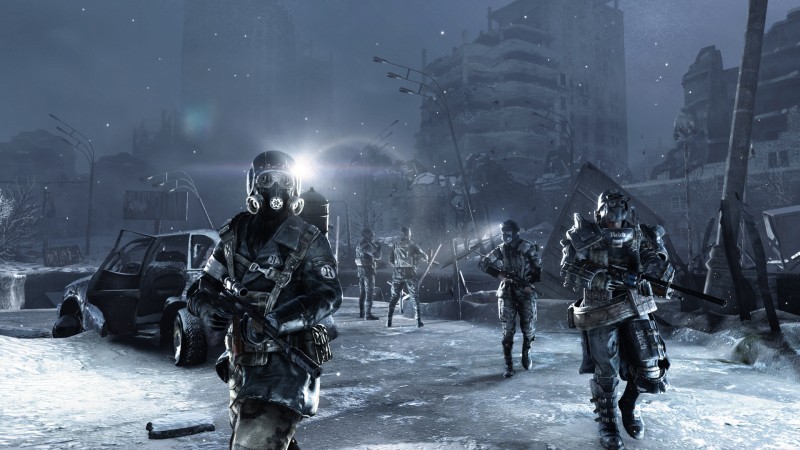 Based off the series penned by Russian author Dmitry Glukhovsky, the Metro series is so named because in the frigid, post-nuclear environs of Moscow, no one dares go to the surface. Humanity lives in the vast labyrinth of Moscow metro tunnels because the world above is now an icy hellscape of mutants and radiation. But even underground, people aren’t safe. Bandits rob and steal, and men wage war over ideological reasons if something else doesn’t claim them first. Worse still a new breed of mutants threatens humanity’s existence. Talk about a nuclear winter. 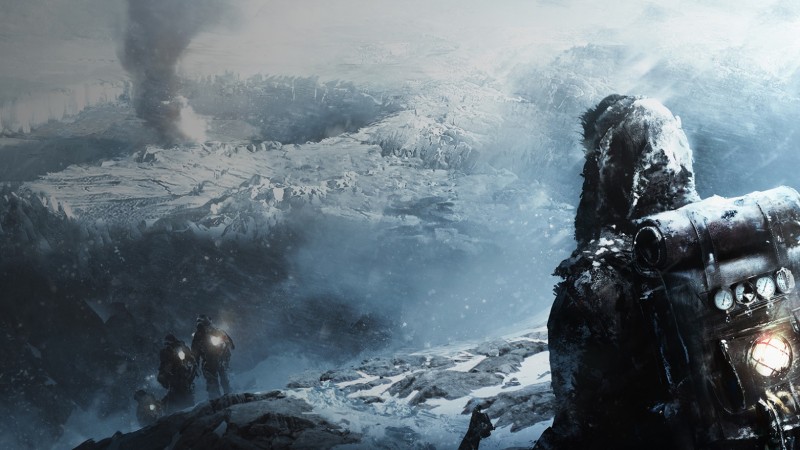 After the eruption of Mount Krakatoa and a dimming sun in 1886, Earth is blanketed in a new Ice Age reminiscent of something out of The Day After Tomorrow. Millions die after crops wither and global temperatures plummet. For all you know, yours could be the last city on Earth. To survive, you need to be prudent and exacting with your resources, making tough sacrifices and hard decisions. It’s a cold world, after all. 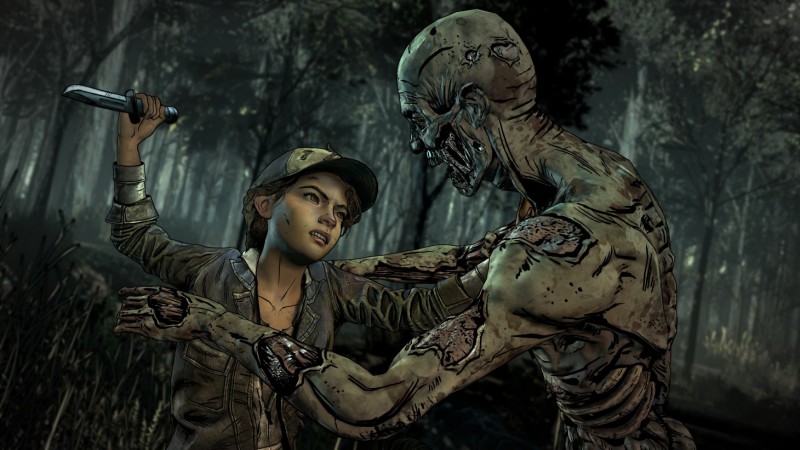 While zombies are hideous creatures, we often forget the emotional toll such an outbreak would have on the survivors. Based on the graphic novel of the same name, Telltale’s The Walking Dead gives a human face to the conflict, fleshing out the struggle, hard choices, and trauma that would follow such unimaginable horror. The series reminds us that while dying at the hands of a walker is certainly a ghastly prospect, the real horror would be watching your friends die, or worse, being the one to put them down. That’s one hardship we could do without. 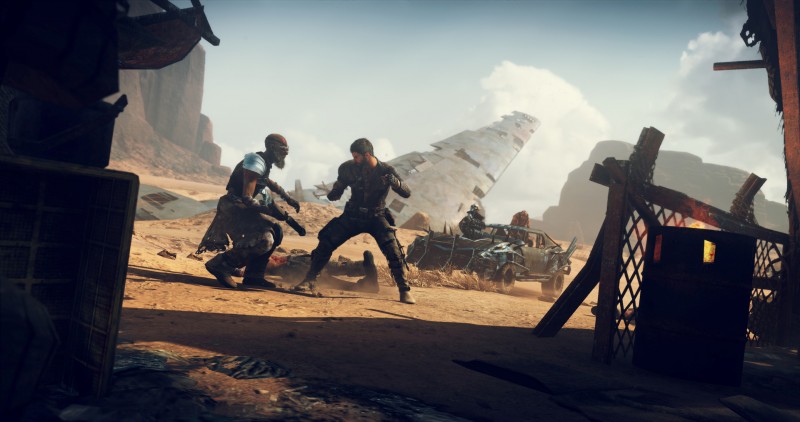 Classics are classics for a reason. Inspired by the seminal post-apocalyptic film, Max Max presents a world where gasoline is more valuable than gold, your car is your livelihood, and insane, leather-bound bandits rule the wastes via savage convoys. With a planet that’s nothing but arid desert and death just a crossbow bolt away, this is a world only fit for the road warrior. If you plan to survive, now’s the time to start practicing with a sawed-off shotgun.

And, like these worlds our list comes to an end. Let us know your favorite in the comments section below, and for more from us on the apocalypse, be sure to check out our of cover story for Rage 2 this month, or this review of Fallout 76, or this article where we analyze how the Fallout series has evolved over the years.