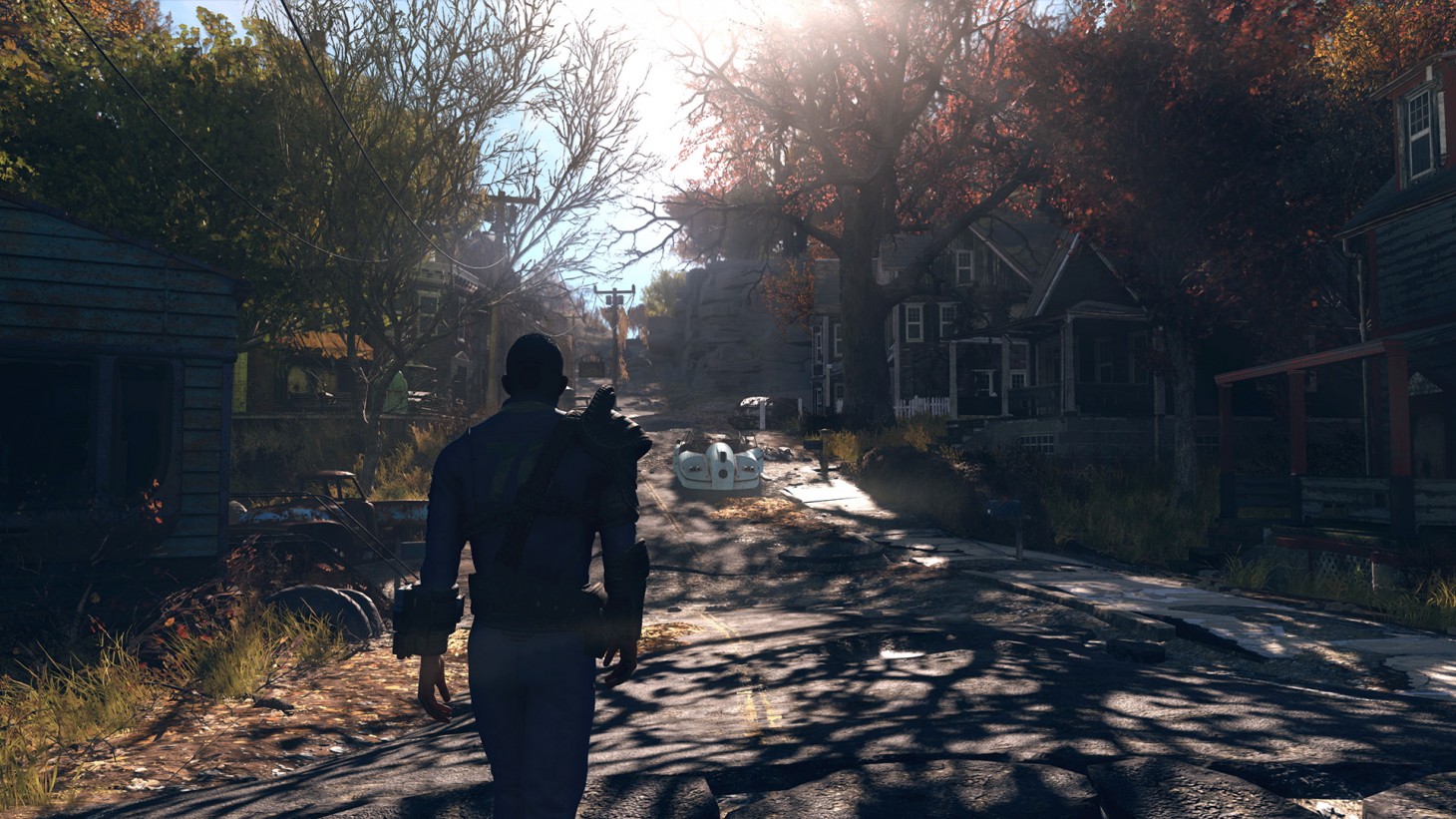 The super mutants pressed their attack and my health worsened. As I weaved in and out of dilapidated buildings searching for a temporary safe zone to heal up and find a weapon that could handle this threat, the mutants’ numbers grew. They closed in on my location; their machine-gun fire intensifying, and their grenade tosses becoming more accurate. I couldn’t win this fight, but I was determined to go down in a blaze of glory, hopefully picking off a few before I collapsed. I aimed my firearm at the door, but they didn’t enter. For a moment there was silence.

When the rattling of machine guns returned, I realized the bullets weren’t flying my way. I peeked outside of the door to see the mutants were now exchanging blows with an agitated Grafton Monster. I dashed up a set of stairs to a rooftop to watch the chaos unfold. From this vantage point I realized I wasn’t alone. Another player decked out in power armor arrived to clean up the mess. I assisted how I could, and when the last mutant body hit the ground, engaged in small talk with my savior. I handed him a rare sniper rifle as a thank you for the assist. We waved at each other and went our separate ways. 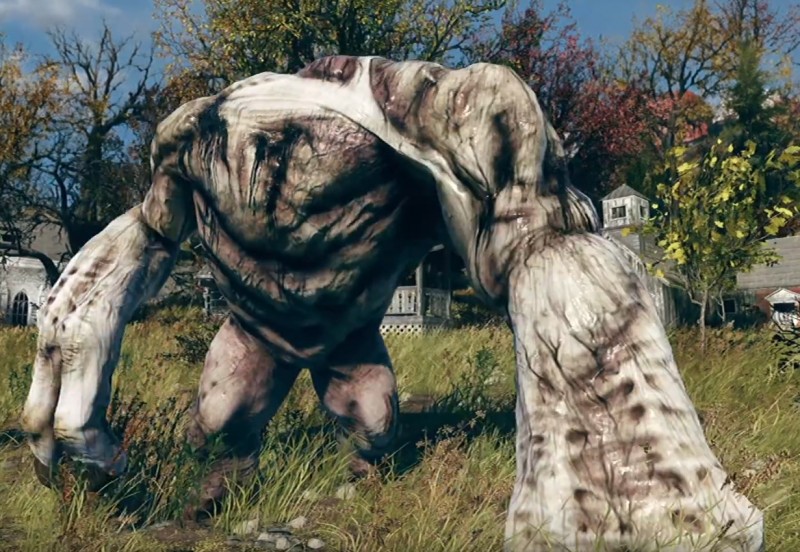 In this singular moment, Fallout 76 shows us why it can be great. The injection of other players into Fallout’s tried-and-true framework creates unpredictable cooperative scenarios and the chance to make new friends. My journey through West Virginia’s wasteland was filled with fascinating developments just like this one, but the greatest danger I faced wasn’t from an irradiated beast or the bloodlust of another player – it was the stability of the game itself. From server dumps and hard crashes to bosses getting stuck in walls and enemies magically appearing out of thin air, Fallout 76 struggles to deliver an experience that players can trust. For an online game of this ilk, this can (and likely will) lead to disaster.

The excuse of “all Bethesda Game Studios games launch buggy” is not a safety net or a get-out-of-jail-free card. Unlike Bethesda's single-player titles, players cannot load earlier saves to undo the potential harm that is inflicted when the game misfires. If something terrible happens, you have to live with it. Given how unstable the servers are and how frequently glitches occur, your playthrough can be upended within seconds. 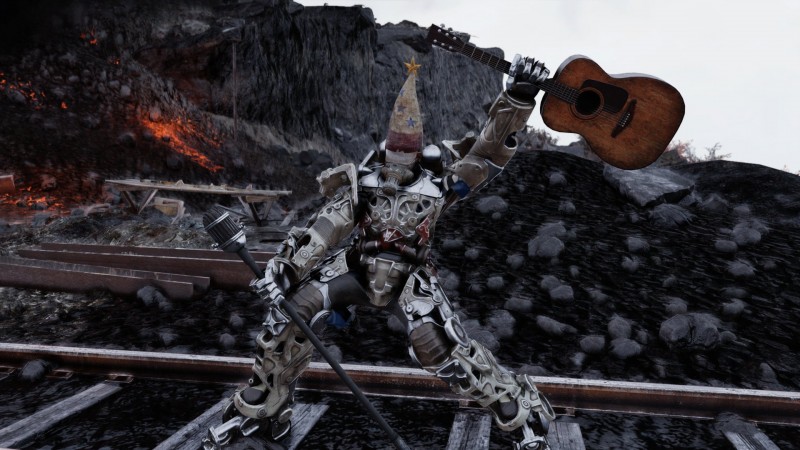 There's no shortage of gear or weapons.

In a fight against a level 50 scorch beast, my team brought out all of its heavy weaponry – gear that was obtained over 60 hours of play. We saved these armaments for an encounter just like this one, unloading mini nukes, chain guns, and missiles against the difficult adversary. Its health fell to half, and we could almost taste victory, but then the beast disappeared into a wall, reappearing occasionally for a few seconds at a time. We laughed at the silliness of this buggy encounter, but knew we would be rewarded for our efforts soon. The beast then regained all of its health, and our laughter subsided. We wondered if this was another glitch. We again pressed on, thinking we could achieve victory. The server then crashed. Not only did we fail the fight, all of that time we spent building up an arsenal ended up going to waste because the game malfunctioned numerous times in different ways.

I went into Fallout 76 thinking that not having NPC humans to interact with would hurt the story and in turn affect the enjoyability of exploration. The solidarity of being one of the lone survivors in the wasteland is actually kind of cool, and although narrative content is delivered at a slower pace, is usually interesting. You basically take on the role of an archaeologist who studies the final moments in people’s lives. You learn what they were doing right before the bombs fell – often hearing their voices on audio recordings. Being a detective in an irradiated graveyard is a different hook for Fallout, but it works well, and gives this entry a decidedly different feel. Yes, it is disappointing that player choice has been stripped from the equation, but the world-building is as deep as ever, even without crafted characters populating it. 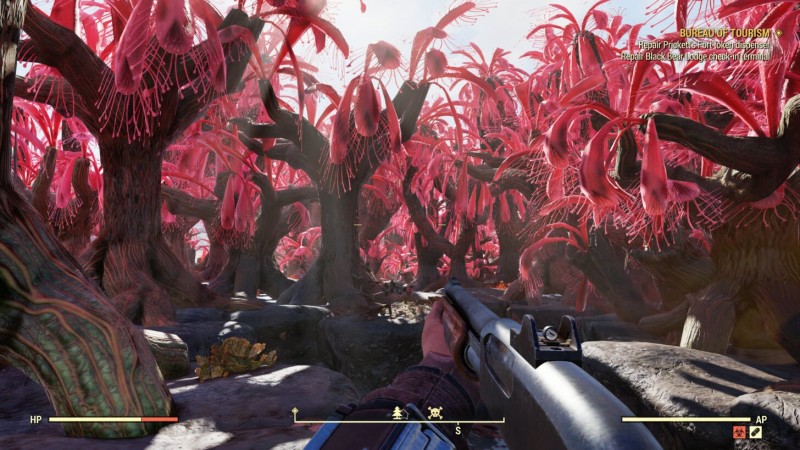 Sections of the world are stunning in design.

As interesting as the victims’ stories are, the missions don’t always follow suit, and are often massive time sinks that send players all over the wasteland to fetch items. Since fast travel comes with a sizable fee of Caps (the in-game currency), you sometimes find yourself walking great distances just to drop off an item or log into a computer. In one mission, the game does a great job of poking fun at the frustration of going to the DMV. You’re tasked to get an ID card, but the robot who is running this place isn’t satisfied with your paperwork and needs to you to fill out a different form, then get a birth certificate, then a marked envelope with your address, and so on and so forth. This mission is nicely crafted and hilarious, but ends up looking foolish, since some of the missions before it are just as tedious in design, sending the player back and forth between the same locations over and over again. The critical path campaign does a nice job of taking players to interesting locations in West Virginia, but the side content is where the best stories unfold.

While most missions pit players against Fallout’s familiar assortment of enemies, West Virginia’s folklore is used to bring some great new threats to life, such as the Mothman and Flatwoods Monster. Hunting these legends down is a fun side activity. I also enjoyed the optional events, which bring players together to take on waves of enemies or to solve specific problems in a set amount of time. While you can see other players on the map at any time, the events glow like beacons, and bring people together, often rewarding then well for victory; meaning there’s good incentive to do them. The game isn't shy about spitting out activities, and always rewards the player well for completing them. 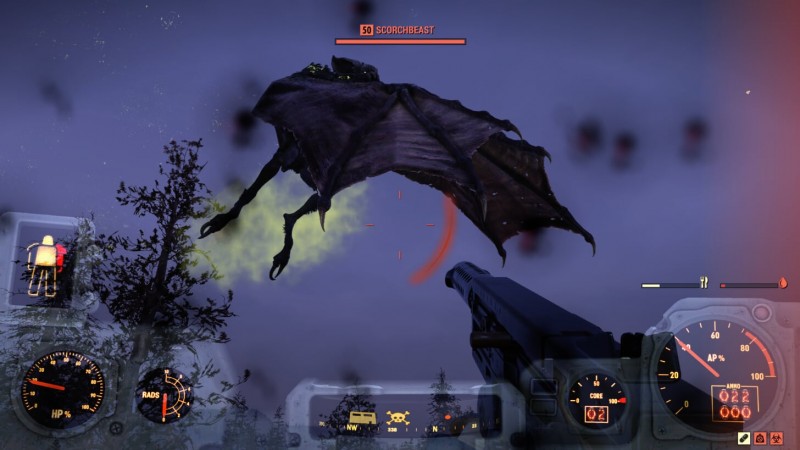 The scorchbeast is one of the game's more difficult foes.

If your intent is to stick to the critical path, prepare for some wild difficulty spikes and lengthy missions. A dungeon consisting of enemies at level 10 may conclude with a boss at level 32. The game doesn’t give any indication that the spike is coming, and you may find yourself in a no-win situation. Toward the end of the game, a nuke is dangled in front of you, but you seriously have to work to launch one. Crafting the best power armor also requires a ridiculous number of resources and rare Black Titanium. Nothing comes easy in this game. That's something I appreciate about this series.

While I enjoyed the quiet moments of exploring on my own and making interesting discoveries I would later share with friends, the game is better (and more forgiving) when played with a full team of four. Not only are you gaining benefits from a shared card in the excellently designed S.P.E.C.I.A.L. system, but you are better prepared for huge swings in difficulty. Sharing resources and camp spaces with friends makes a big difference, and it’s just a good time wandering the wilds with other people. Trying to read terminals or listen to holotapes when friends are talking in your headset is difficult, and some of those enjoyable side stories will likely be lost because of it, but my favorite moments in the game were the emergent stories created by my groups.

Don’t be surprised if your headset is filled with people complaining about hunger and thirst. Managing those meters is a constant pain that becomes slightly more manageable later when a fully furnished camp is pumping out clean water and crops. Camp construction works well and is almost identical in design to Fallout 4, with the addition of players being able to blueprint their creations and move them to different locations. The Cap cost to move camps is a bit high, but having that option is handy, especially if you want to drop off junk at your stashbox or change out supplies before taking on a mission. 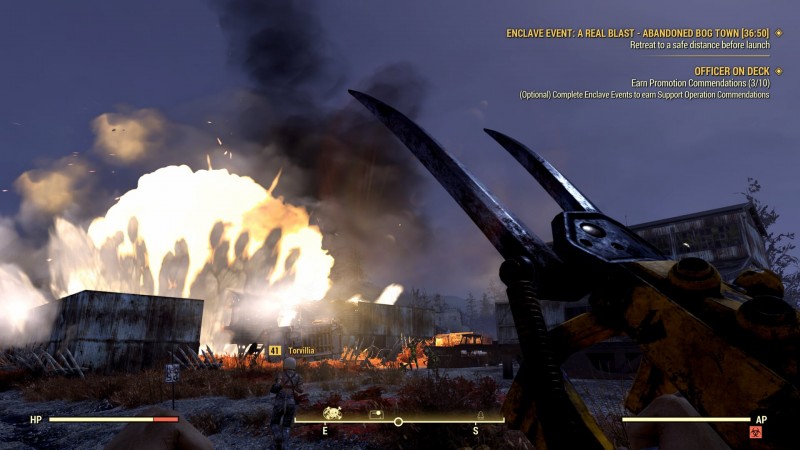 Fallout 76 isn’t designed to be the next installment in the core Fallout series, but Bethesda wants it to feel like a direct extension of it. Combat, menu management, exploration, and all of the gameplay loops are just like Fallout 4’s, which is a good thing. These systems still hold up and deliver a great degree of fun. Yes, there’s a little bit of clunk and rust to combat, but it is reliable to a degree. Even VATS, which no longer freezes time, can be used to effectively pick off difficult foes. The problems that arise are often glitches, like enemies popping into existence, or the framerate chugging and letting a foe get on top of you.

Don’t think for a second that the gameplay mechanics will create enjoyable PvP encounters. Most of my battles against other players ended up looking like circus routines with groups of players bouncing around wildly. Outside of the PvP event zones, there’s no great benefit to player battles, either, other than being a jerk to other wanderers. 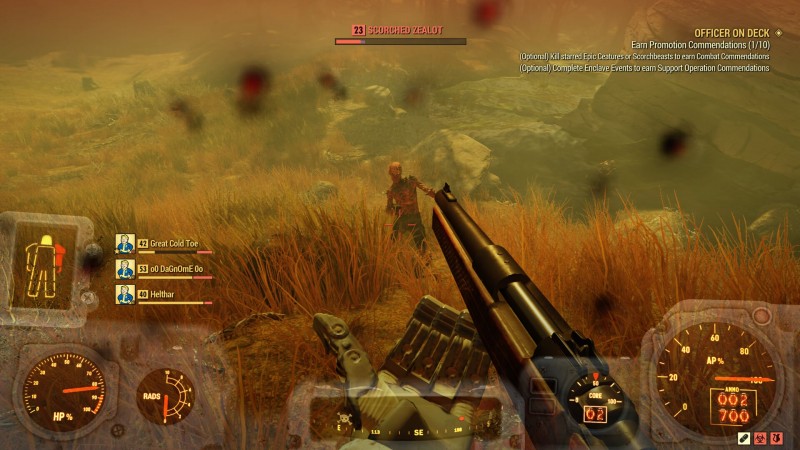 We have to wait to see if Bethesda creates a robust endgame for Fallout 76, but right now the goal is to launch a nuke, take down a difficult boss, and gain gear that will hopefully be used for something bigger at a future time. Yes, the nukes are a sight to behold.

Before we can even think of what might come next, Bethesda needs to make the core game more stable and fair. While I found it to be mostly enjoyable from an exploration standpoint, the frequency of server crashes, freezes, and technical issues is unacceptable. The foundation for another fun Fallout experience is in place, but you end up watching it crumble before your eyes as you play. The game just wasn’t ready for showtime.

On
On
Off
Off
6
About Game Informer's review system
Concept
Bring players together to explore a wasteland teeming with irradiated beasts and technical issues
Graphics
West Virginia’s rolling hills create great views from afar, but lose their luster up close. Bland lightning and texture work show the engine’s age, and enemy movements are glitchy and hard to read in combat scenarios
Sound
The best soundtrack for the series yet. From classic tunes to the menacing orchestrated score, the music makes combat more intense and the world more fun to investigate. Enemy and ambient sounds are also quite good, giving you a read on what is nearby
Playability
The controls (carried over from Fallout 4) function well. VATS remains reliable, even without the time freezing. Managing hunger and thirst is a tedious pain
Entertainment
When Fallout 76 is working as intended, it’s an easy game to lose yourself in, as meaningful discoveries are everywhere. But those moments are often destroyed by glitches, crashes, and technical issues
Replay
Moderate