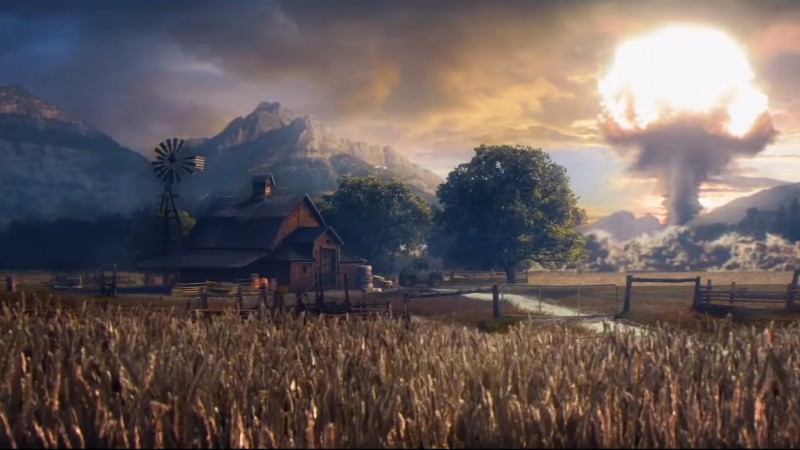 At this year’s Game Awards, Ubisoft will be unveiling the next chapter of the Far Cry series, and based on a trailer released today, it looks like it’ll be laced with some radioactive dust. In the new trailer, Ubisoft gives us a taste of what's to come with a view of a bucolic plot of farmland disrupted by a blinding flash of light followed by a ballooning mushroom cloud in the distance.

In the trailer, an off-screen narrator ominously says, “None of us were ready for the end.” The narrator goes on to mention death rolling “through our valley” and a world turned “cold and dark,” followed by “years of rain” and “howling winds.” When the narrator mentions the prospect of “hope,” and a “new world in bloom” the trailer gives way to some unknown person loading up a crossbow contraption with a rusty sawblade, and the narrator stating “we were wrong.” Could this world be the Montana of the previous game following the events of a nuclear holocaust?

To draw your own conclusions, you can check out the trailer below.

The next Far Cry’s reveal is slated for December 6 at 5:30 p.m. PST. For our review of the series' last entry, you can parachute on over here.