After targeting tin-pot dictators and megalomaniacs across the globe, Far Cry 5 sets its sights closer to home. This entry moves the open-world mayhem to Hope County, Montana – a beautiful base of operations for outdoorspeople, rugged individualists, and a murderous death cult. It’s also a playground for the explosive antics that we’ve come to expect from the series, where you and a friend can seamlessly go from taking down an armed convoy to bow hunting to fly fishing – or flying a plane – depending on what sounds fun. Once the luster of the new setting and co-op companionship wears thin, however, you’re left with an experience that’s familiar to a fault.

Hope County has been overrun by Joseph Seed, leader of an apocalyptic cult called Project at Eden’s Gate. A disastrous raid on Joseph’s compound leaves your created character, a rookie sheriff’s deputy, alone and outnumbered in a hostile environment. The setup is interesting, but soon settles into a standard routine. Your job is to clear out the Peggies (the local slur for the cultists) by any means necessary – most of which boils down to reclaiming outposts and taking on missions for the locals. Joseph has a lot of land to cover, and he’s a master at delegating. His church heralds include the charismatic John Seed; hunter of man Jacob Seed; and psy-ops hippie Faith Seed. These three walking archetypes have little consistency between them apart from their last names.

Far Cry 5 isn’t as provocative as its posturing may lead you to believe. Its exploration of religious extremism is too bizarre to be taken seriously, and it’s delivered with a self-serious tone that it doesn’t earn. You get knocked out, abducted, and tied to a chair a ridiculous number of times. Since your character is mute and can’t (or won’t) engage in conversation, you end up with extended scenes where vamping bad guys talk at your immobilized form and over-explain their half-baked philosophies. Some moments attempt to subvert your expectations, but they’re generally limp commentaries along the lines of saying, “Ah, yes, but have you considered that YOU are the real villain here?”

The story doesn’t offer many big surprises or payoffs, and the same can be said for the gameplay. It’s competent on most fronts, providing a massive world to explore and an arsenal of destructive tools, but it doesn’t feel fresh. Taking down outposts doesn’t provide any new thrills or challenges, and new items like proximity bombs don’t open up encounters. Past games introduced strategy and light puzzle elements as you were rewarded for staking out these camps and figuring out how to take advantage of their weak spots. The Peggies seem more interested in maintaining their human flock than setting up decent defenses. They all follow the same basic setup: A couple of guys are on roofs, one or two have set up shop by the alarms, and a handful of bearded weirdos linger near the explosive barrels. You’re certainly welcome to scout the bases and direct your A.I. companions to help you remain undetected, but going in with guns blazing is just as effective and definitely more efficient. You may miss out on a few cash bonuses, but I was generally flush throughout the game and at no point felt like I was missing out. Vignettes showing former residents reclaiming each outpost are satisfying, but getting to those points isn’t particularly gratifying.

Ubisoft Montreal does break from past games in a couple of major ways. First, your deputy doesn’t reveal the world around them by climbing towers to get a better view. Instead, you remove the fog on your map by doing missions and finding maps scattered in ranger stations and other structures. Environmental puzzles are still here in the form of lucrative prepper caches, which are one of my favorite parts of Far Cry 5. Each one offers a unique challenge, which can include escaping a trapped bunker or navigating a mountain obstacle course, with big rewards at the end of each one. I got excited every time an NPC conversation put a new cache icon on my map.

The second major break from tradition is a decreased focus on hunting; animal pelts are only redeemable for cash, and are no longer associated with crafting. I enjoyed the survival aspect from past games, as silly as it was, and it felt strange to see a previously important part of the series fall to the side like that. Instead of using skins to build holsters and ammo pouches, now you invest points in upgrades as you see fit. The game is generous with the points, which you earn through mission progression and challenges, and it’s easy to prioritize abilities to how you like to play. For instance, if you prefer diving into fast-travel locations from the air instead of spawning on the ground, you can choose to do that. Or you can prioritize potions, making it easier to find the required components and reduce their cost. You will be able to pick up most, if not all, of these perks along the way, so it doesn’t matter too much in the long run. Dismantling Jacob Seed’s operations could be downright tedious if not for one of the game’s most fleshed-out systems. The Guns for Hire, A.I. companions that you recruit to fight alongside you, add some much-needed variety to the game. There are nine of them to find in the world, and you have to complete a special mission to convince them to tag along. It’s generally worth it. You can bring two of them on your adventures in the solo game, and finding effective combos is part of the fun. Feel like being stealthy? Bring Grace, a sniper, and a tamed cougar named Peaches. Would you rather go a little crazy? Put Hurk (and his RPG) in your crew. Each companion brings something special to the table, too, such as dog Boomer’s ability to automatically mark targets for you. It makes playing solo feel less lonely, and I got a kick out of experimenting with different pairings. The best pairing is with another player, however, and that’s where the game shines.

For the first time in the Far Cry series, you can play through the entire campaign in co-op. Having a second player around makes the game significantly more entertaining (even if the difficulty balance seems tailored for one), and exploring the playground together is a blast. I had a great time tormenting my partner, whether I was luring him under beehives, blowing up dynamite inside our plane, or rigging his car with explosives. Players are tethered together, so you can’t freely roam around the entire world independently, but it’s a generously long leash. It was never an issue during my time with the game, aside from a few times when I hopped in a plane and took off before my partner could join me in the cockpit. The scripted tasks can feel like chore lists, but players who enjoy messing around with systems can find plenty to love. It’s worth noting that you’ll need to find a charitable partner, since only the host’s mission and world progress is saved. Your buddy will keep their character progression and inventory, but they’ll have to repeat everything else on their own game. The experience isn’t necessarily about beelining through the critical path, however. If you don’t take the time to talk to NPCs, you miss out on a wealth of side missions, which are generally more interesting than being talked at for the Nth time by one of the Seeds. Still, Far Cry 5 doesn’t deliver on exploring the lives of people who live in this Red-Dawn-meets-David-Koresh nightmare. You can read notes that outline some of the challenges the characters have faced, but the tragedy isn’t typically explored through gameplay. Instead, you’re asked to chase down baseball cards for a former player who is sad, or harvest bull testicles for a picnic. Those moments of levity are especially jarring when you routinely drive past corpses that have been hung from bridges or strung up in grotesque effigies. “I guess I can help you catch that lunker, ma’am, but have you noticed that your neighbors have been crucified?”

Public executions aside, Far Cry 5’s world is meticulously constructed, and it’s a remarkable facsimile of Big Sky Country. Unfortunately, too much of the action in it is uninspired. It’s a beautiful but bland recitation of what’s come before, from both the series and Ubisoft’s open-world playbook. It’s never bad, but considering how great the past games have been, its overall predictability is disappointing. 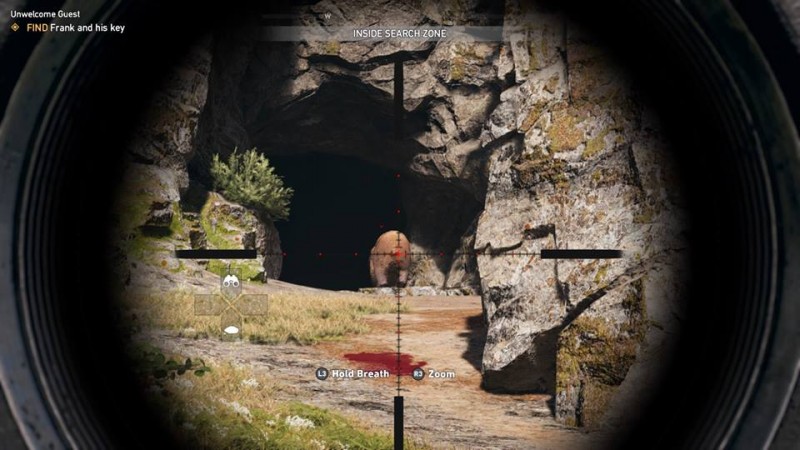 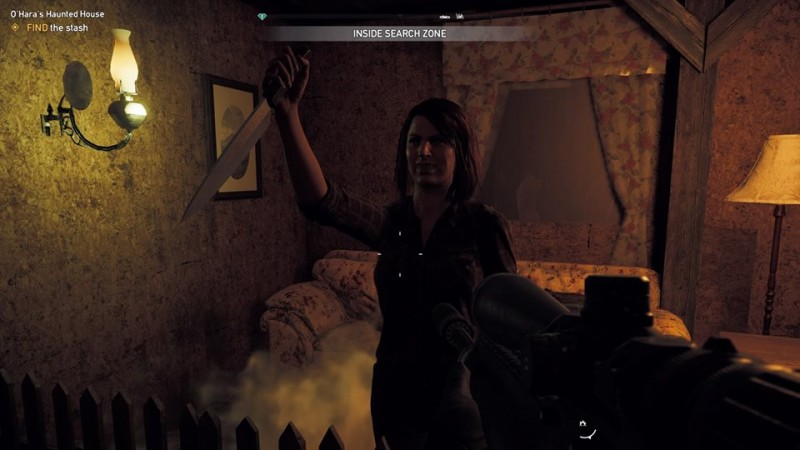 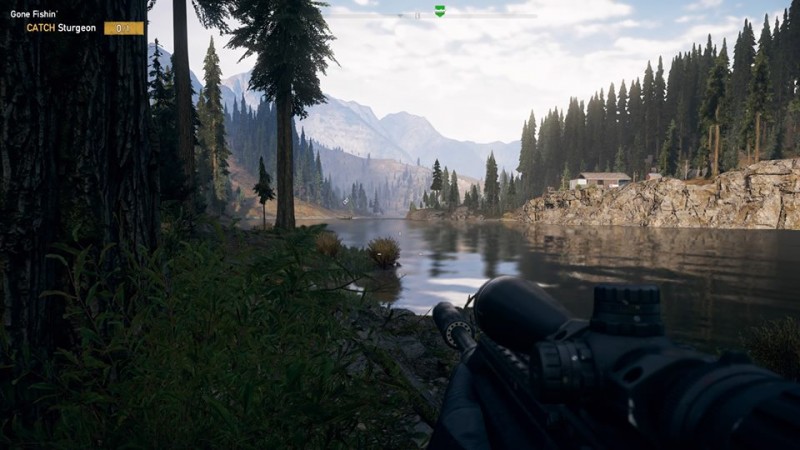 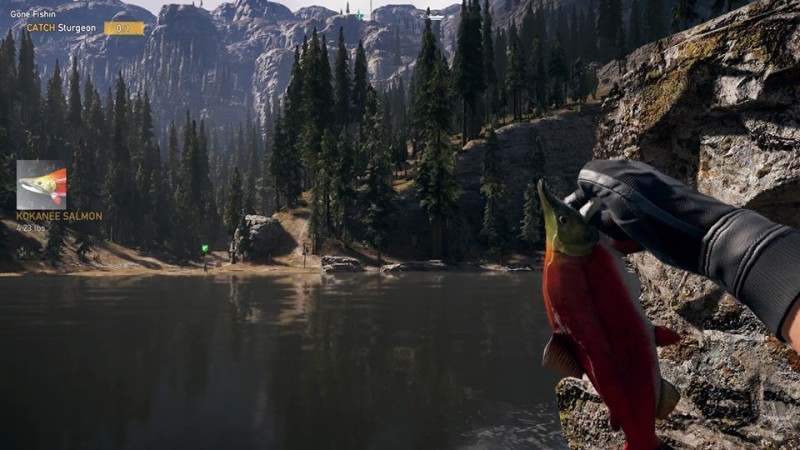 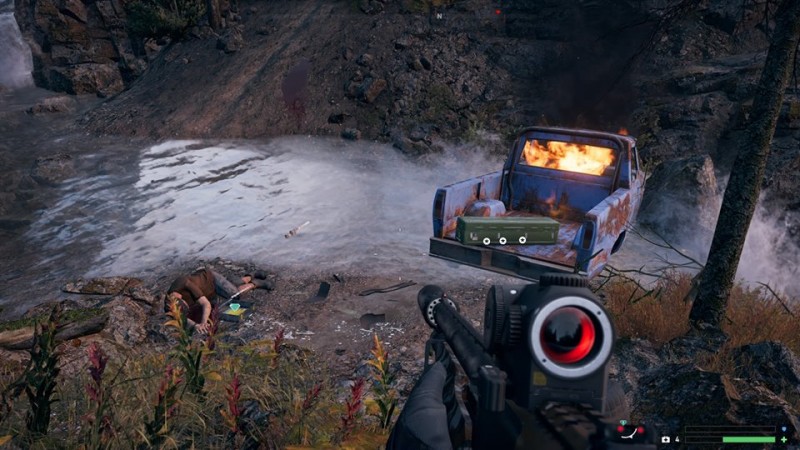 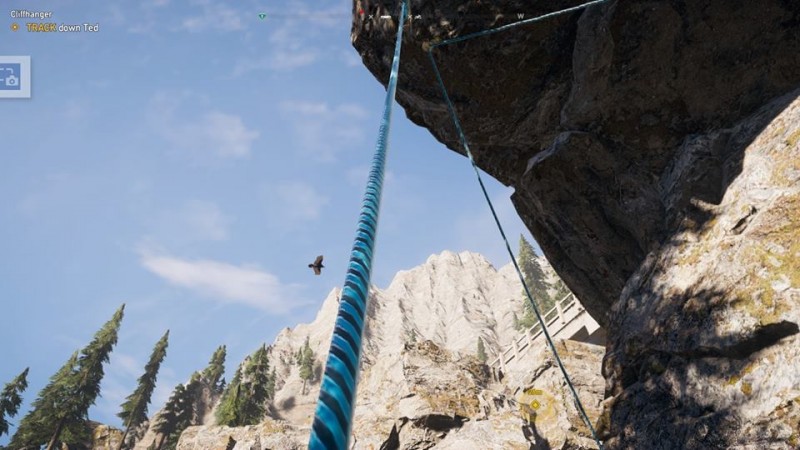 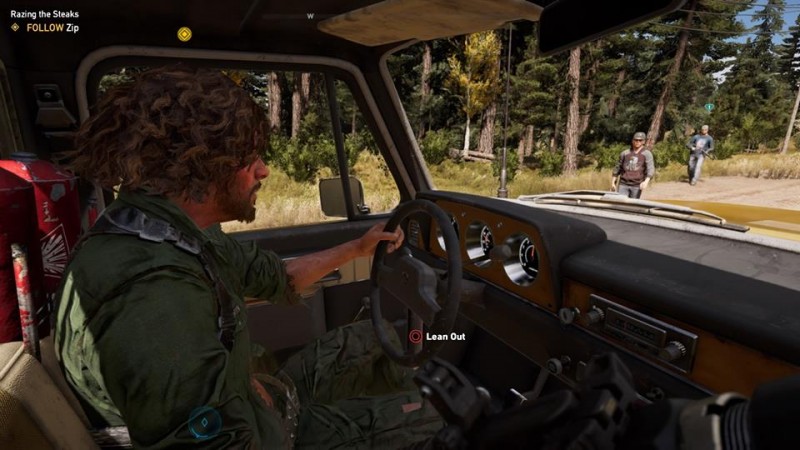 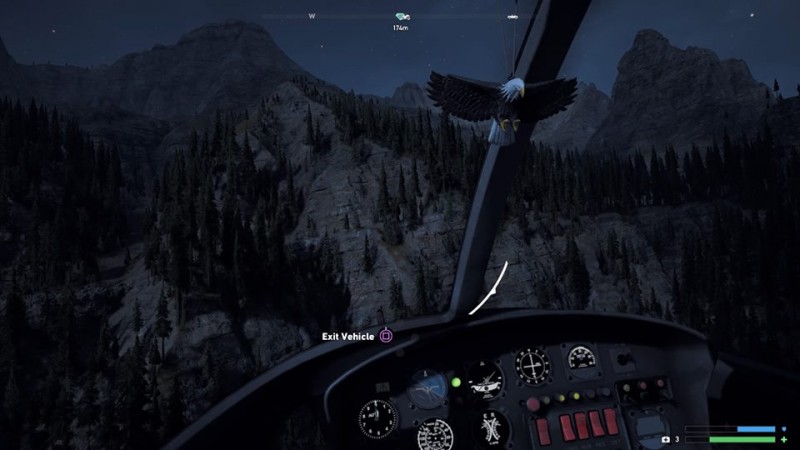 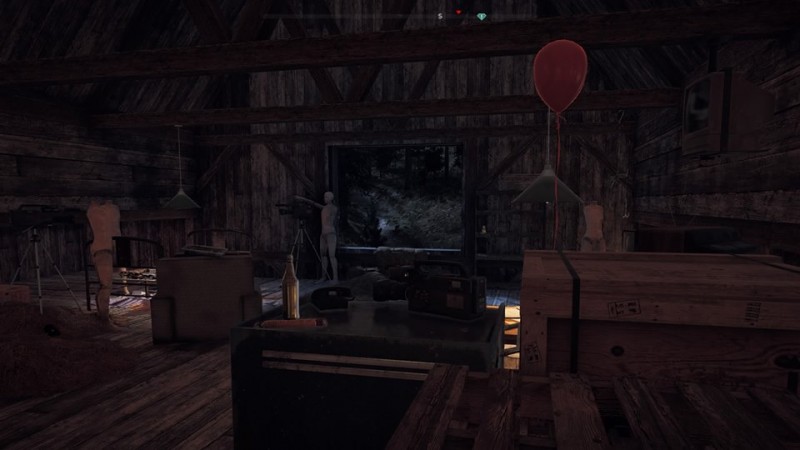 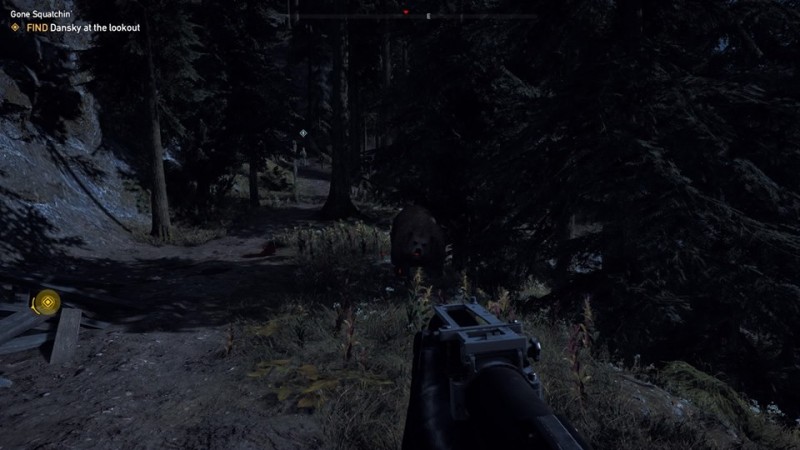 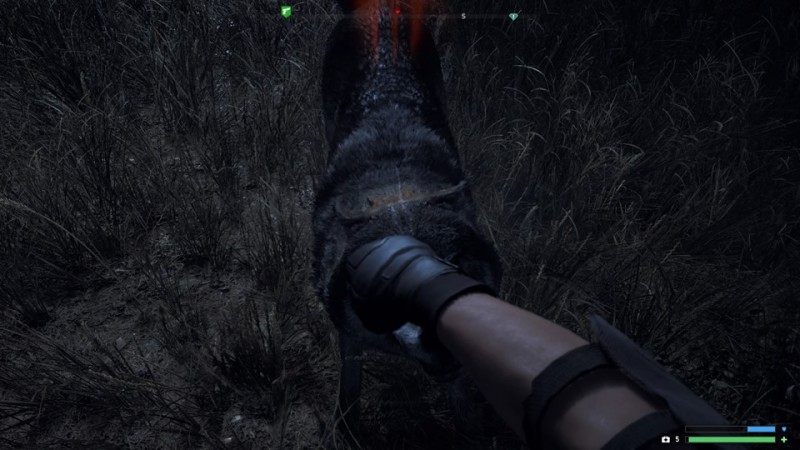 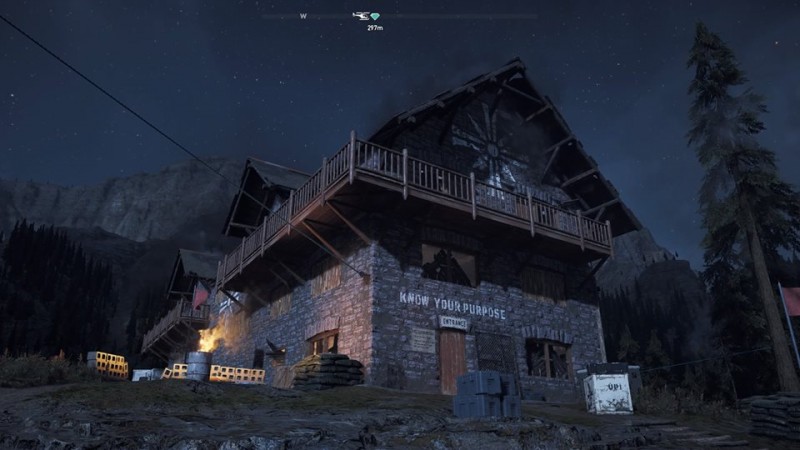 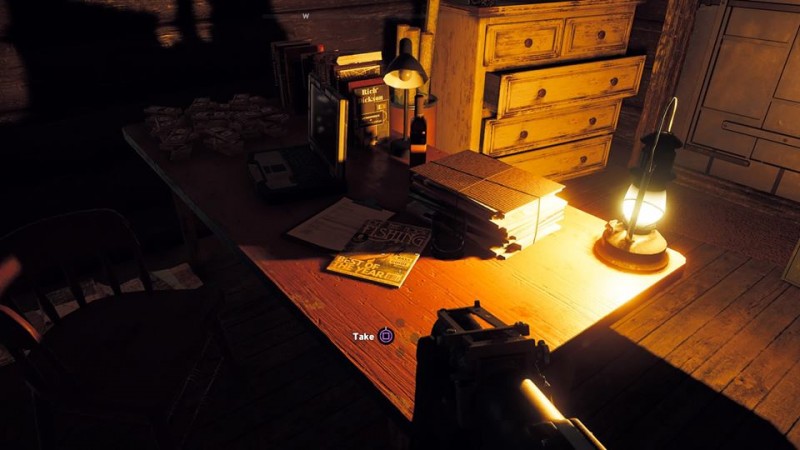 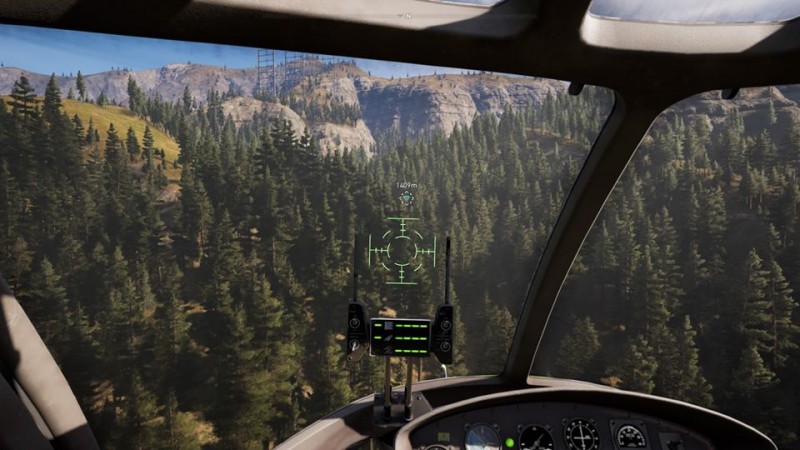 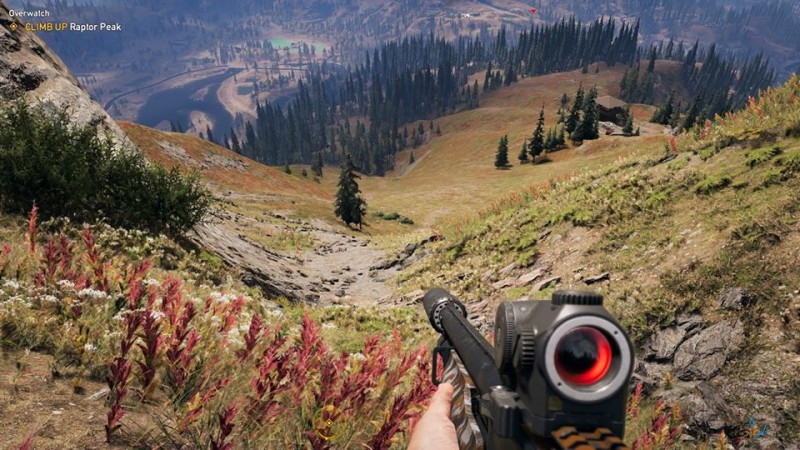 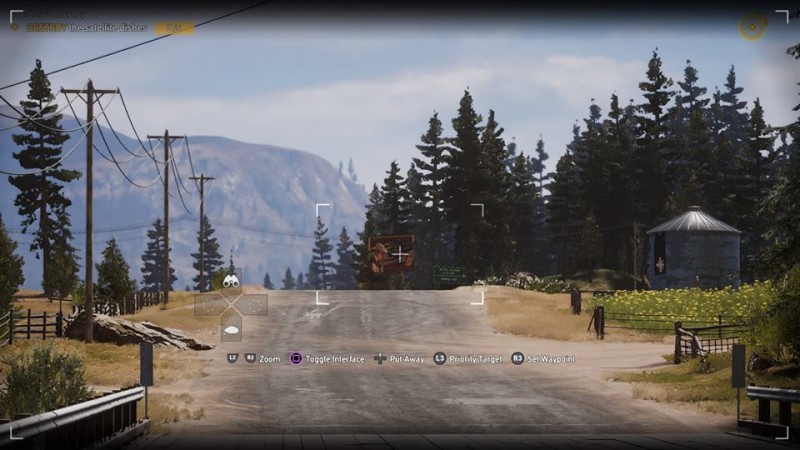 The latest entry is a beautiful but bland recitation of what’s come before, from both the series and Ubisoft’s open-world playbook.

Purchase More Info
7.5
i
Game Informer's Review System
Concept Battle a weird Montana cult while exploring the expansive Hope County alone or with a friend
Graphics Ubisoft has beautifully captured the essence of the American west, with rugged mountains, lush plains, and landscapes that will have you pining for a photo mode
Sound Hallucinogenic sequences are amplified with trippy distortion effects. Unfortunately, weapons don’t have much audio oomph to them
Playability Shaping the flow of battle on the fly is easy, though experimentation is optional once you find techniques that work
Entertainment Virtually everything about Far Cry 5 is thoroughly okay. For a series that has provided so many thrills and surprises, that’s a major disappointment
Replay Moderately high