Since Fire Emblem: Awakening became a hit in 2012, this franchise has undergone a radical transformation in popularity, with a barrage of Fire Emblem sequels, tie-ins, and spin-offs. The latest offshoot infuses the strategy series with a Dynasty Warriors flavor, allowing you to tear your way across ancient warzones as mainstay characters like Lucina and Marth. Fire Emblem Warriors is an entertaining game in spite of some pacing issues and a few elements that don’t come together well.

Set in the all-new kingdom of Aytolis, Warriors centers on the struggles of royal siblings Rowan and Lianna as monsters and sorcerers invade their world. Ushered in with this villainous invasion are heroes from all over the Fire Emblem series: Chrom, Takumi, Robin, Corrin, Xander, and more. Playing as the siblings and this army of fan-favorites, you must put an end to the darkness cast over Aytolis. While this sounds like an exciting set-up, Warriors’ story never rises above just being an occasion to bring characters from various games together to fight alongside (and against) each other. At its worst, the plot is a slog of contrived situations, creating convoluted reasons for why characters have to fight. At its best, the narrative is tolerable. As someone who has loved recent Fire Emblem entries for their surprisingly dark and epic storytelling, the deviation from that mature tone isn’t a deal breaker, but it is disappointing.

Fire Emblem Warriors shines where it truly counts: on the battlefield. The moment-by-moment gameplay is simple, but watching your character unleash powerful attacks that send squadrons of enemies flying through the air is satisfying. The animations are beautiful, particularly the special attacks that deal devastating damage complete with close-ups on faces and searing energy blasts from swords and axes. While every character functions the same, their unique attacks and animations create an effective illusion that they’re different, so each character feels like a new experience. As straightforward as the gameplay is, it’s given the appropriate amount of spectacle to make the experience fun, especially if you’re invested in the characters from the series. However, when Warriors tries to live up to Fire Emblem’s strategy core, things get dicey.

During battles, you can switch between four characters around the battlefield and issue commands to a few other support units. You give orders by accessing a map and telling characters to attack certain targets (like forts or foes) or to protect allies. Ostensibly, this gives you a way to accomplish multiple objectives quickly, such as closing enemy-spewing portals. However, the function is superficial and often ineffective; I often ordered my allies to attack an enemy and watched as they stood idle, examining foes instead of attacking. You’re just better off jumping into another character and taking care of things yourself.

The map system is also difficult to parse, especially if you’re playing the Switch in its handheld mode, thanks to important symbols being tiny. A skill-leveling system based around loot you pick up during battle is convoluted and unexciting; the boosts it grants are so minimal they hardly seem worth the effort. Ironically, Fire Emblem Warriors is at its best when it gets away from the gameplay that defines Fire Emblem, because these poorly implemented strategy systems are ultimately obstacles.

Luckily, the interference from those systems is minor. Warriors knows enough to focus on its strengths: letting you take out literally thousands of enemies in a single battle with the might and magic at your disposal. Despite a few ho-hum missions and bad storytelling, I really enjoyed my time with the campaign. I had a blast taking out at least 50 foes with a massive attack as Lucina, then jumping to Marth halfway across the battlefield to unleash his special. I couldn’t help but grin as I finally got to inhabit characters I’d spent countless hours watching as sprites and crude 3D models on a strategy map in other games. I’m also pleased with the large number of unlockable items (stages, costumes, weapons) littered through both the campaign and History mode, which lets you play through famous battles from the entire series.

Fire Emblem Warriors successfully taps into the series’ long history to create an entertaining mash-up of its most memorable characters. Despite some poor storytelling and extraneous systems, I can’t wait to return to the battlefield as my favorite characters to single-handily lay waste to entire armies and look incredibly stylish while doing it.

Note: This review pertains to the Switch version of the game. We’ve heard reports that the New 3DS version has technical issues but have not played this version. 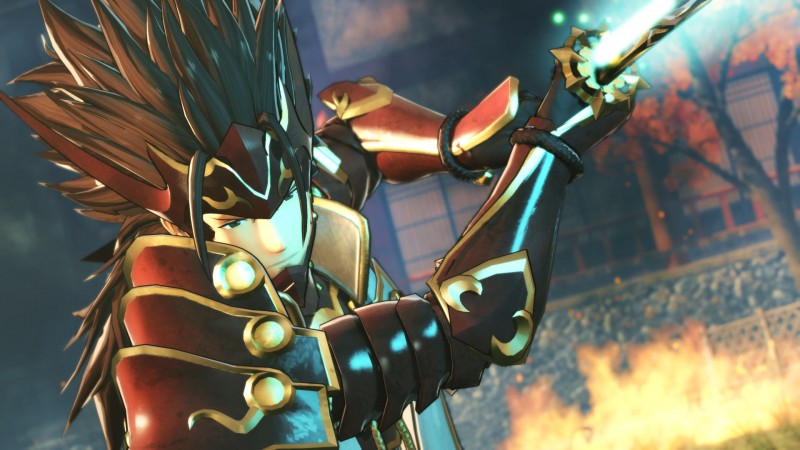 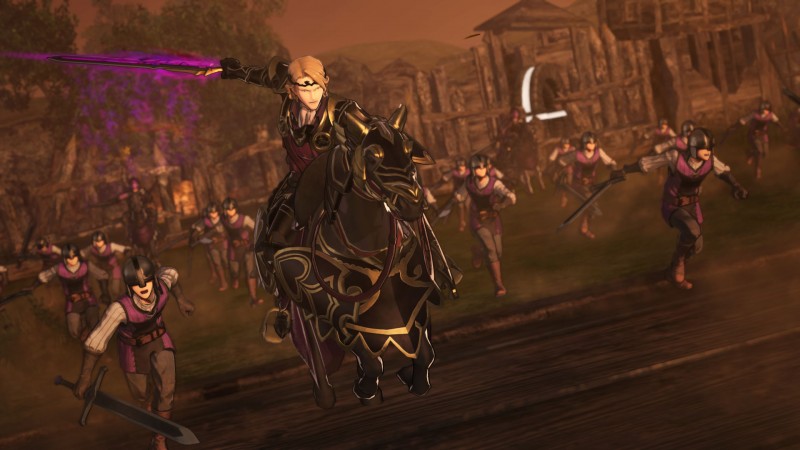 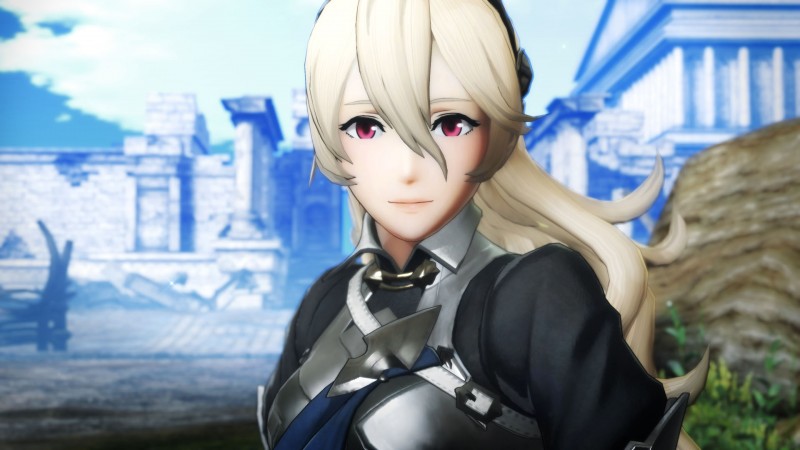 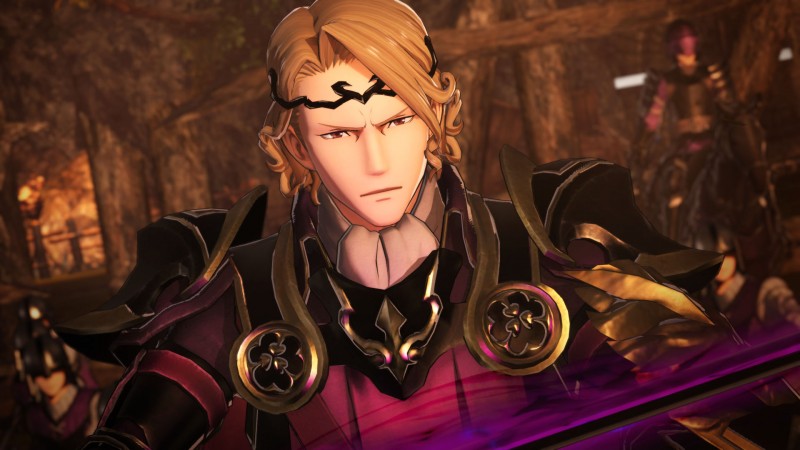 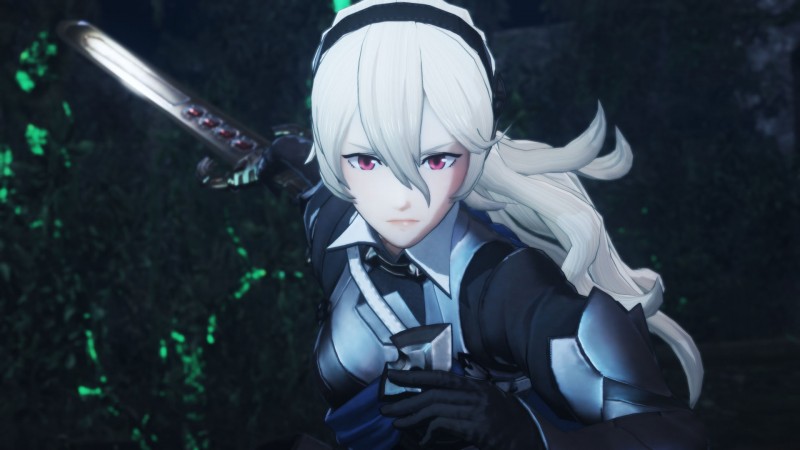 7.5
About Game Informer's review system
Concept
Slice your way to victory in this hack-and-slash take on Nintendo’s traditionally strategy-focused franchise
Graphics
Models for playable characters look fantastic, but environments and enemy model designs fail to impress
Sound
The metal remixes of classic Fire Emblem tracks are nice at first, but outstay their welcome long before the campaign is done
Playability
Despite what the constant bombardment of tutorial messages suggest, Warriors is easy to pick up and play
Entertainment
Fire Emblem Warriors manages to stay consistently entertaining despite pacing issues and an uneven balance between action and strategy
Replay
Moderately High