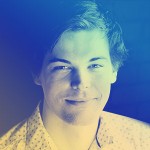 Javy has been fascinated by games ever since his father brought home a PC with Warcraft and Hover! installed and plopped it down in front of him. A demo for Half-life spurred his interest in the medium to full-blown obsession, leading him across galaxies and beneath seas, letting him explore a myriad of interactive universes. Before joining Game Informer in 2015, he was a teacher and freelance writer who contributed to Playboy, Paste, Killscreen, Vice, and other publications. When he's not busy clacking away at a keyboard, he's making games or watching foreign films.

You can find more of his work at javygwaltney.net.

Empire Of Sin Is A Mobster’s Delight

The MediEvil Remake Is A Ghoulish Gas So Far

Need For Speed Heat’s Police Chases Are A Chaotic Thrill

New Trailer Breaks Down Breaking Apart Enemies In The Surge 2

Ion Fury Review – More Than A Blast From The Past

This retro shooter lives beyond its nostalgic ambitions to become a fantastic, timeless FPS experience.
by Javy Gwaltney on Aug 14, 2019 at 08:57 AM
News

The creators of Homefront: The Revolution are now in charge of developing the title.
by Javy Gwaltney on Aug 14, 2019 at 08:27 AM
News

A New Saints Row Is On The Way

What Fire Emblem: Three Houses Gets Right (And Wrong) About Teaching

Former teacher Javy Gwaltney chimes in about the accuracy of Three Houses' teaching-simulator bits.
by Javy Gwaltney on Aug 07, 2019 at 03:00 PM
PSA

Journey Is Now On iOS

This futuristic action game, showed off at ChinaJoy, looks snazzy.
by Javy Gwaltney on Aug 03, 2019 at 05:30 PM
reader discussion

What's Your Favorite Game In A Genre You Don't Typically Like?

E3 Organizer Leaks The Personal Data Of Over 2,000 Journalists, Content Creators And Analyzers

No Man's Sky: Beyond (And VR Mode) Arrives In Less Than Two Weeks