On The Road Again And Again
by Suriel Vazquez on Oct 05, 2016 at 05:24 AM
Publisher: Santa Ragione
Developer: Santa Ragione
Release: September 20, 2016
Rating: Teen
Reviewed on: PC
Also on: PlayStation 4 Wheels of Aurelia indulges the fantasy that roads can take us anywhere. Characters can end up in wildly different places, geographically and as people, simply by which path they drive down.  As I played it, I got swept up in this notion. Wheels of Aurelia effectively constructs a unique setting in 1970s Italy, but as often as it imagines a world where its characters are free to drive where they want, it skims over the details. Those omissions jolt me out of Wheels of Aurelia’s daydream into a far more mundane drive down the same roads again.

This is ostensibly a driving game, but it doesn’t play like one. In fact, you don’t have to drive at all. The game uses an isometric perspective to showcase diorama renditions of Italian seasides and towns like Siena and Piombino, and as long as you’re not steering the car yourself, it jauntily follows a set path. As Lella, a woman with a mysterious past, you meet Olga at a dance club, and the next day you begin making choices about which city to drive to, who to pick up as you drive, and how you carry conversations by selecting one of three options (including silence).

Through your dialogue choices, you can decide to be caring or stern, accommodating or belligerent. But the dialogue itself is often awkward and disconnected; characters tend to talk past each other instead of having genuine conversations. The timing's often off, too; during one of my playthroughs, I ended up in a police chase. Despite the urgency of the situation, Lella and her passenger had a relatively calm conversation about what they wanted out of life. What you say rarely has an impact on how others respond to you or where you end up, and by my fourth playthrough (each one only takes about 20 minutes), I’d heard pretty much everything Lella and Olga had to say.

Awkward as it might be, the conversations touch on a lot of interesting topics, which can often make up for the lack of fluidity. As you drive across Italy, the other characters discuss and make offhand references to events and people from Italian history, and it’s in those references (as well as the excellent, original prog-rock soundtrack that fits in with the game’s time period) that Wheels of Aurelia most firmly plants you in its time and place.

The characters you meet throughout Wheels of Aurelia talk about the real-life kidnapping of Italian politician Aldo Moro, director Pier Pasolini’s insistence on banning television, and the early progress of Italian feminists like Simone Veil. I paused and Googled things frequently, but l’m glad developer Santa Ragione didn’t feel the need to bog down conversations by over-explaining every reference and detail. Evoking the era without lingering on details is more than enough.

Every time you finish the game, you receive one of 16 endings, followed by a stats screen assigning your ending a letter and showing how many you’ve unlocked. Depending on where you go and who you ride with, Lella can end up in a variety of situations. In one ending, she becomes an undercover agent. In another, she casts off her worries and adopts a more reserved lifestyle. She can stop terrorists from setting off a bomb, or help others set up the Moro kidnapping. All of these endings are communicated through still images and text, which may conceal some of the more vivid details, but they let the mind wander about what these situations might look like. Seeing what other lives Lella could lead, more than the stats screen, motivated me to play through the game multiple times.

After exhausting most of my options for new endings, playing again to search for a single new detail to get a different ending felt like a chore. But as whole, the paths I took had enough diversity that I'm still curious about how else the game could turn out, though it isn’t enough to motivate me to keep playing.

Wheels of Aurelia is best when it’s immersing you in the culture it came from, and when it offers you a scope of choice that seems as boundless as the roads you drive on. While it succeeds at that more often than not, the unexciting driving, the stilted and ill-fitting conversations, and the few paths it forces you to take end up taking me out of its fascination with roads not taken. 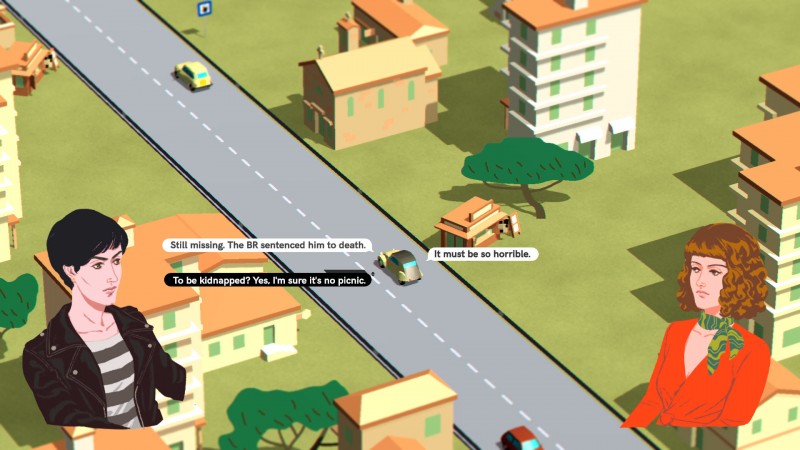 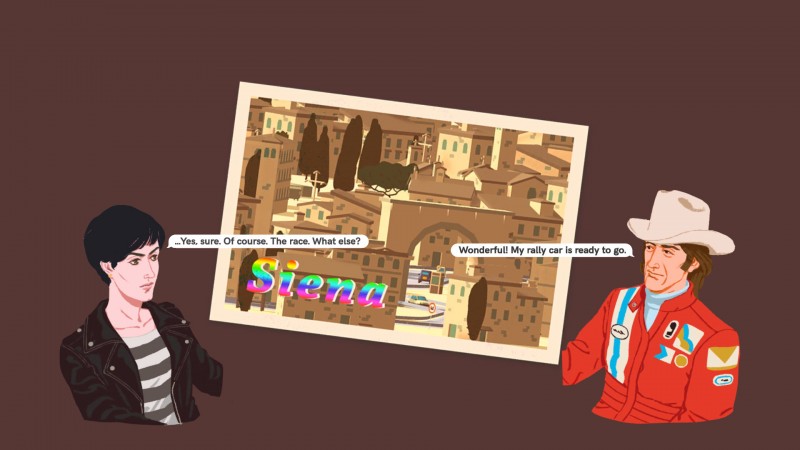 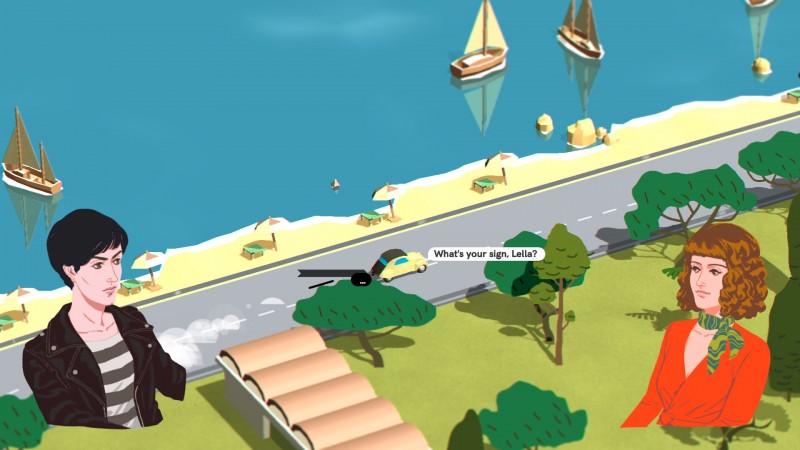 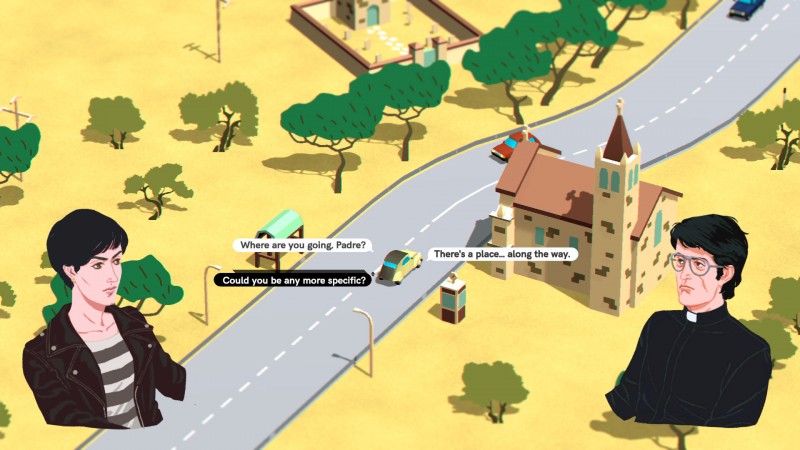 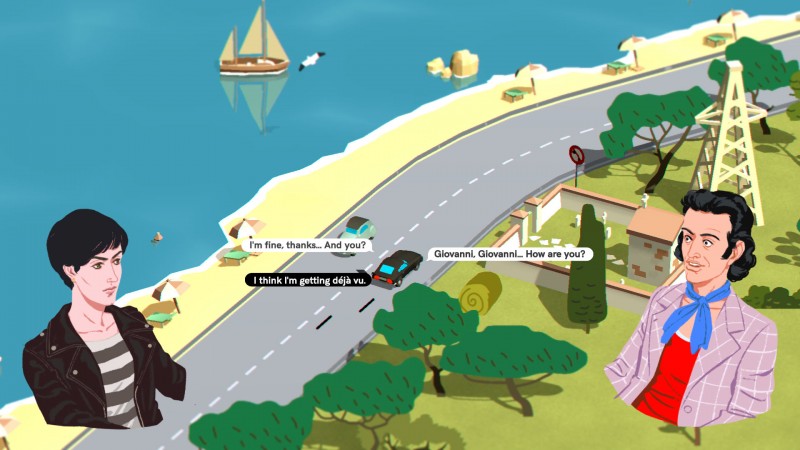 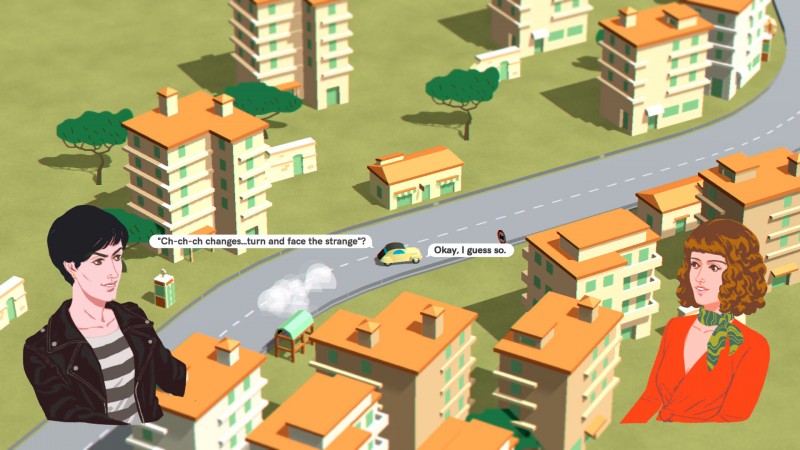 Wheels of Aurelia has dreams of open roads, but stumbles along the path to freedom.

Purchase More Info
7
i
Game Informer's Review System
Concept Drive around 1970s Italy picking up hitchhikers and going wherever the road takes you
Graphics Simple, but colorful and effective. Character portraits are detailed and great, but often static
Sound The ‘70s original prog-rock soundtrack is astounding and evocative of the time period
Playability The way you drive hardly matters, but character dialogue choices get the job done most of the time
Entertainment You’ll want to play Wheels of Aurelia several times to see all the paths you can take, but practical issues make that a chore
Replay Moderate