If there were a checklist of the elements that form a great mobile game, Threes would easily check every box. It’s quick to load up and play, making it great for short sessions. The gameplay is simple in concept but challenging to master, keeping it engaging enough for extended periods. Threes encourages players to adjust and develop their own strategies, which makes the hunt for a top leaderboard spot consistently entertaining. Its interface consists of a grid of numbers that you can slide, which is ideal for touchscreen devices. If you’ve ever enjoyed a puzzle game, I can’t think of a single reason that you shouldn’t play Threes.

The concept is easy to grasp after a game or two. A 4x4 grid is populated with numbered tiles, and the game ends if it fills up to a point that makes future moves impossible. 1s and 2s can slide together to form 3s, and any multiple of three can slide into their own number. A 3 and a 3 combine to make a 6, which forms a 12 when combined with another 6, etc. If this sounds at all complicated in text, don’t worry about it. The game starts off with a very simple and useful tutorial that teaches you the ropes in no time at all.

Once you’ve got the basics down, part of the joy of Threes comes when you stumble across little revelations that significantly change your play style. Your early games consist of simply trying to combine numbers, but it’s extremely rewarding to have a strategic breakthrough that allows for higher scores. Creating number “highways,” realizing how the game determines which row to slide the next number into, and learning how to smartly manage the board once it’s nearly full are all important discoveries that make the game more rewarding as you continue to learn.

I’ve had numerous nights that I’ve told myself “Okay, I seriously need to go to bed after one more game,” only to find myself staring at a grid of numbers hours later. I liked the game when I started it and was struggling to get over 1,000 points. I liked it even more when I was regularly getting 5,000. Once I started hitting 10,000 and 20,000, I realized that this is easily one of the best mobile games I’ve played. After spending 20+ hours with it, I’m happy with my score – but I glance at the worldwide leaderboards and realize I’m not ready to stop playing yet. The game rewards strategy and patience time and time again, and you’d be doing yourself a disservice by not having it on your iOS devices. 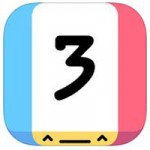 The game rewards strategy and patience time and time again, and you’d be doing yourself a disservice by not having it on your iOS devices.

Purchase More Info
9
i
Game Informer's Review System
Concept Put a bunch of numbers together and try to make them bigger numbers
Graphics Simple tiles do the trick
Sound Pleasant tunes accompany the silly voices made by the numbers
Playability Sliding tiles is predictably well-suited to a touchscreen device
Entertainment Easy to pick up and play, but requires great skill and strategy if you want to be a contender on the leaderboard
Replay High