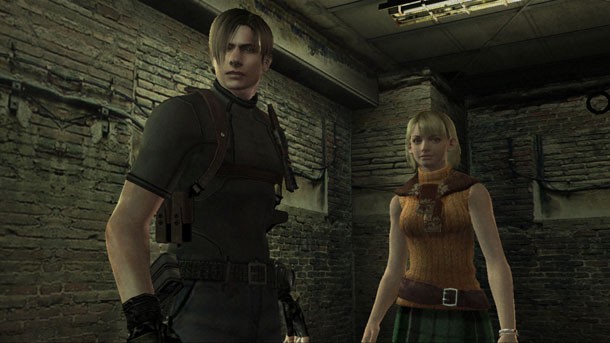 At this point Resident Evil 4 shouldn’t need an introduction. The 2005 title’s perfect pacing and spot-on gunplay not only reinvigorated the struggling survival horror series, it set a new standard for third-person shooters. Leon S. Kennedy’s quest to rescue the President’s daughter from a cult of infected freaks has cemented itself on countless top 20 lists. Whether you overlooked this gem or are itching to stomp out the Las Plagas once again, Resident Evil 4 in HD is a beautiful thing.

The thrill of Resident Evil 4’s gonzo moments lives on in full force thanks to updated visuals. Conquering a mutated sea creature on a tiny wooden boat still gets the blood pumping, especially without the fuzzy haze of last-gen graphics. It’s still terrifying to flee from frenzied mobs only to be greeted head-on (or should I say head-off?) by a chainsaw-wielding maniac. Though the textures and character models are much sharper than previous versions, some may find the lack of detail and muted colors dull.

The updated visuals aren’t mind-blowing, but they present the best way to return to this already stellar game. If you somehow missed out on Resident Evil 4 when it turned heads on the GameCube, this is the perfect time to give it a download and see what all the fuss is about.

9.5
About Game Informer's review system
Concept
Make one of the most beloved horror games of all time look beautiful again
Graphics
A fresh coat of paint makes returning to this classic even more rewarding
Sound
Enemies shout Spanish taunts as they approach from behind, and bullets lodge in your foes with sickening splats. This is still some of the best sound design ever
Playability
The tank-like controls hold back Resident Evil 4 from playing as fluidly as every other shooter, but that’s half the fun for thrill-seeking gamers
Entertainment
This game combines the action of a roller coaster ride with the scares of a haunted house
Replay
Moderately High 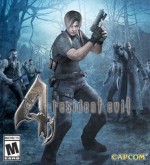