Dragon Age: Origins was one of my favorite games of 2009 – as long as we’re talking about the PC version. On consoles, the game was a diminished port of the original, offering only a shadow of the tactical combat that made the PC release so satisfying. With Dragon Age II, BioWare has turned the tables. The sequel’s action-oriented battle system is clearly tailored to accommodate Xbox 360 and PS3 gamers, and the hardcore PC faithful (at whom the original title was explicitly targeted) get snubbed with an inferior adaptation.

Despite what you may have heard, Dragon Age II on PC does not have the same tactical pause-and-play combat as its predecessor. The battle system is essentially ported straight from the console iterations. I won’t rail against Dragon Age II’s shift to fast-paced fighting just because it’s different; as I said in my review of the console versions, the combat is well suited to the new action/RPG style. Though battles are not as rewarding as the previous entry’s strategic encounters, faster and more responsive combat isn’t inherently bad. The problem is the PC version’s inability to deliver the intended action at the heart of the new mechanics.

With its third-person camera and button-mashing attacks, the combat system in Dragon Age II is designed with a controller in mind, but BioWare doesn’t offer native gamepad support, restricting you to mouse-and-keyboard controls on PC. This approach may have worked well in Origins, but it doesn’t transition well to the new system. Movement feels clumsy, and pausing to readjust the camera and select targets for your abilities just muddles the flow of combat.

Maybe this decision was made to retain a shred of the tactical combat that distinguished Origins, but if that’s the case, the attempt is meager and insufficient. You have no zoomed out isometric view, and the waves and waves of filler enemies that pad out encounters make strategy futile. Yes, you can pause and issue commands, but this maneuvering is pointless when you never know how many more bad guys will jump from the rooftops, rise from the ground, or simply materialize out of nowhere. Even with more foes, the fights are considerably easier (unless you really crank up the difficulty), so planning is a waste of time. You can win most fights without worrying about strategy, so why invest unnecessary time and effort in the tactical approach? This conundrum creates a combat system that does not convey the thrill of controlling an unstoppable hero, but also doesn’t accommodate the strategy that is supposed to serve as an alternative.

While Dragon Age II on PC fares poorly in most comparisons, it isn’t all bad. It has a leg up on the console versions in the graphical department, with noticeably better textures and support for DirectX 11. The performance is also better, including a better framerate, shorter load times, and less pop-up objects in the distance.

Apart from combat issues, the highlights from the console version make a seamless transition. The cool quests, solid writing, and interesting characters are enough to make Dragon Age II worth checking out as long as you keep your expectations in check.

On all platforms, Dragon Age II caters to an audience that didn’t connect with Origins, while alienating those who did. This may result in a better console experience, but considering that Dragon Age: Origins was a love letter to old-school PC RPGs, BioWare’s neglect of the sequel’s PC release is tragic. I appreciate the technical refinements, but improving the polish doesn’t do much good when the basics still need work. 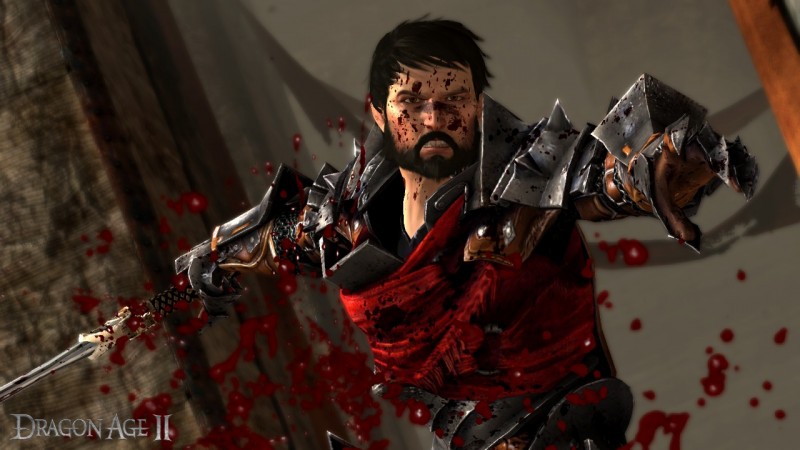 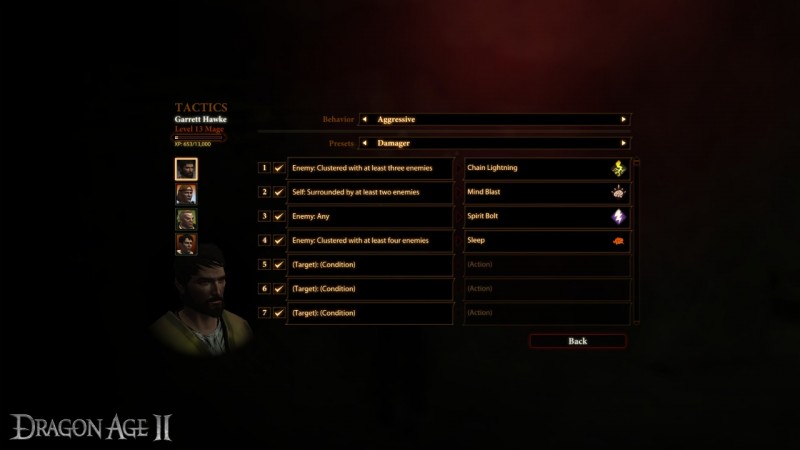 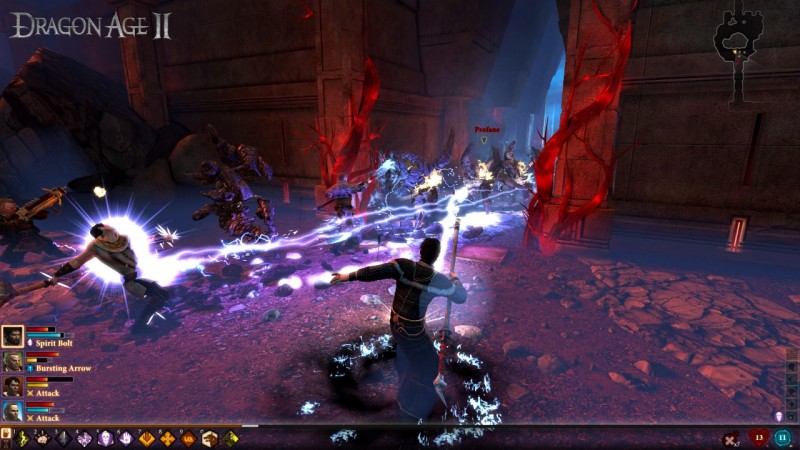 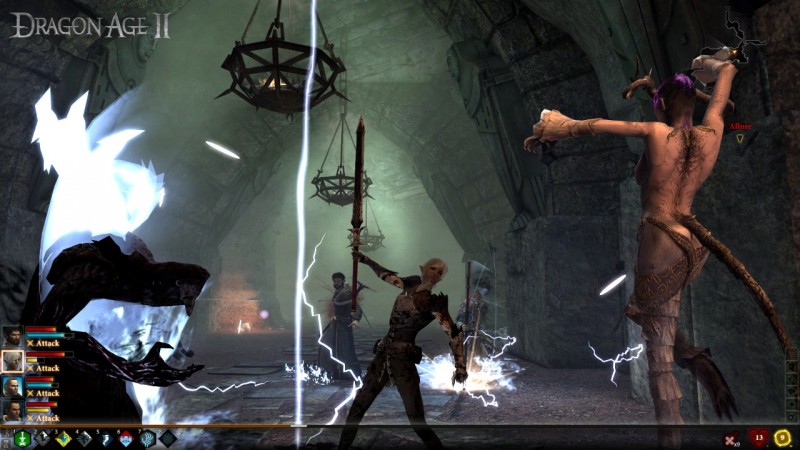 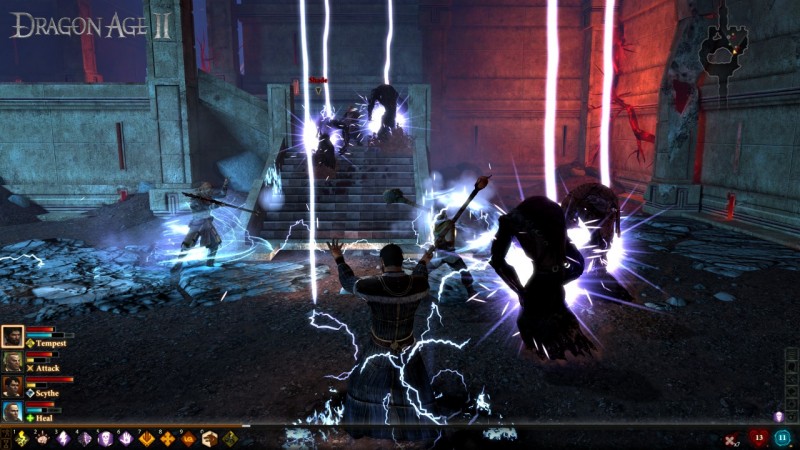 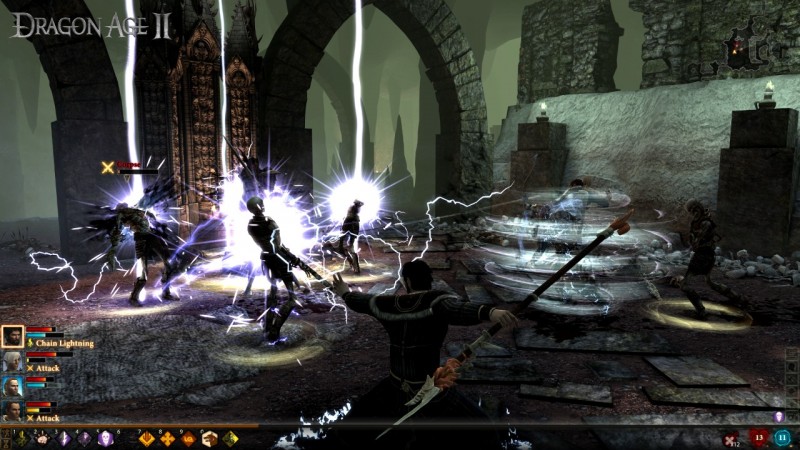 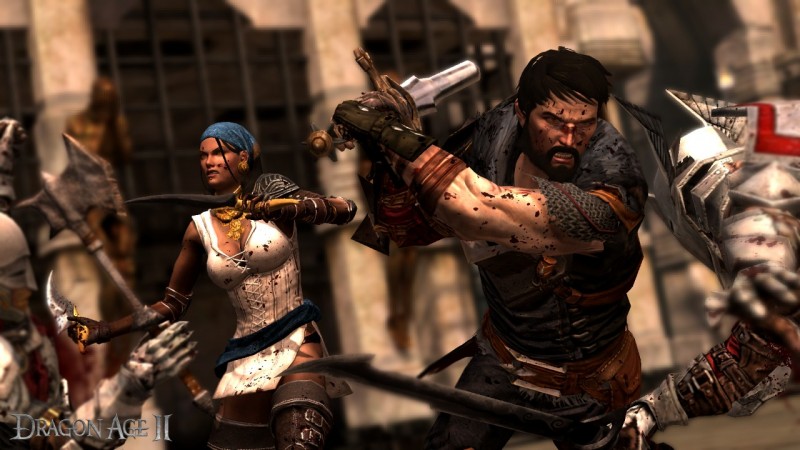 7.75
About Game Informer's review system
Concept
Let down the PC gamers who supported Dragon Age: Origins
Graphics
It looks better than the PS3 and 360 versions. But does that matter when it plays worse?
Sound
The music and voice acting do their jobs particularly well
Playability
Tries to provide action and strategy gameplay options without excelling at either
Entertainment
As much as it surprises me to say it, you should stick to the console versions
Replay
Moderately High