Using a mix of random world generation, permadeath, and robust crafting options, Don't Starve offers players the thrill of open-world exploration with a grim, survival-oriented twist. While the first few hours of every game are filled with exciting opportunity, the resource-heavy maintenance of your character and deadly threats inhabiting the world make Don't Starve a long, slow grind to nowhere.

Don't Starve makes a great first impression. You get virtually no story setup – survival is the name of the game. The cartoony art style makes exploring your massive, randomized world a joy, and happening upon new animals like the mighty beefalo and creepy tallbirds provides a steady stream of surprises. The beginning is relatively carefree; because you haven't invested any time in the world, you don't have anything to lose from diving in and poking around.

Things gradually become more serious as certain realities set in. Survival requires constant resource gathering, as you collect food, build tools, and slowly cobble together the semblance of a camp out of the items you can create from the extensive crafting system. The gameplay is difficult but rewarding, and offers a variety of avenues to explore for staving off death. Unfortunately, it feels like Klei spent more time dreaming up ways to make the game hard than ways to make it fun. Just finding the resources to create basic tools can be a challenge depending on the random layout of your continent, and heading down the crafting chains required for valuable items conflicts with the day-to-day grind for survival. At night, you huddle around a campfire hoping the myriad dangerous creatures in the world don't find you. Daytime isn't much better, as most animals can kill you in a few hits if you're not wearing armor. A large part of your day is spent gathering the resources needed to keep your hunger, health, and sanity in check, and ensuring you have enough fuel for when nighttime rolls around again.

I'm a fan of permadeath in games, but Don't Starve pushes my appreciation for the concept beyond its limits. XCOM alleviates the sting of losing beloved soldiers because their deaths are part of a larger, persistent war. Games like Spelunky and The Binding of Isaac are designed to be short experiences – dying is easier to swallow when a game only lasts a few minutes. Don't Starve fits neither template; most of my games lasted hours before coming to grim ends that I had little control over. Just when I had built myself a few farm plots for growing food, a birdcage for holding and producing seeds, and a crockpot for cooking better food in one game, I was mercilessly slaughtered by a roaming pack of hounds. While harvesting wood to build some makeshift walls in another game, a monstrous treeguard came to life and exacted revenge for me chopping down his coniferous brethren.

Once you're dead, the world is lost forever, along with everything you created in it. A few one-time use methods exist to resurrect your character, but enabling them takes as much effort as every other demand vying for your attention. It also leaves your reanimated body in an even more perilous situation, as you respawn without any items or equipment. Don't Starve's saving grace is that it allows you to customize your world before starting. After being slaughtered by a pack of hounds in one game, I immediately turned down their frequency for the next match. Boosting objects like trees, rocks, and berry bushes makes it easier to survive and speeds up the crafting significantly.

Tweaking the world's variables made my subsequent playthroughs easier and more entertaining, but even when death was less of an immediate (yet still omnipresent) threat, I found myself wondering what it was all for. Minecraft is popular because it allows you to build virtually whatever you can imagine. Don't Starve has no such creative options. Your goal is simply to survive for as long as possible. Adventure mode (accessed by a door in hidden somewhere on your island) simply tasks you with surviving and piecing together teleporters in six increasingly difficult worlds, with very little in the way of a narrative or payoff. Each game earns you XP that unlocks new characters to play as in subsequent playthroughs, but the differences between them are minor. All of this means that while there is plenty of content to explore, surviving for the sake of surviving is the only reason to continue playing.

A small group of hardcore gamers will revel in Don't Starve's punishing difficulty, but without a better sense of overarching progression or purpose, there are more entertaining and rewarding gaming experiences to spend your time on. I'm interested to see what Klei introduces in promised future updates of the game, but even when playing in a world that's customized to your liking, the thrill of Don't Starve is fleeting. 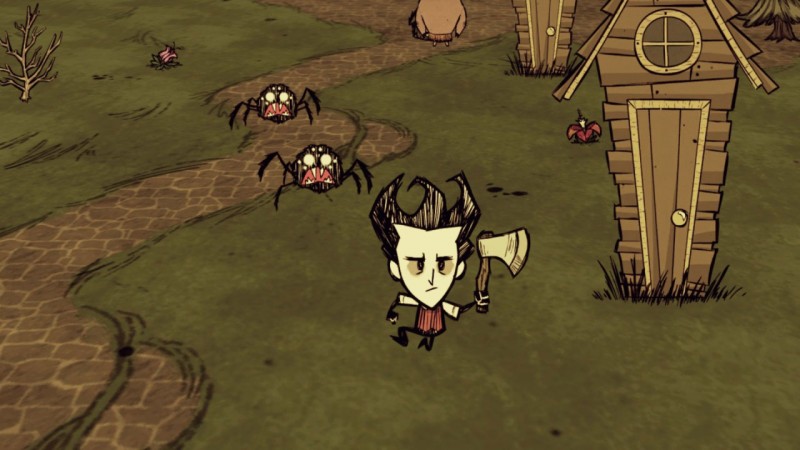 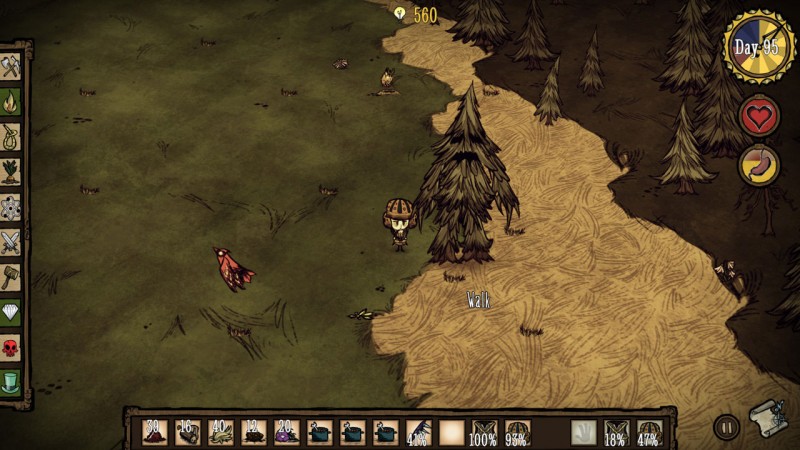 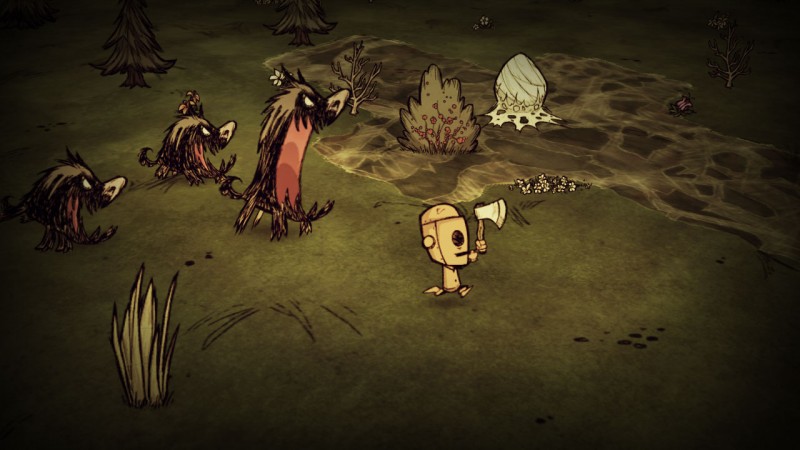 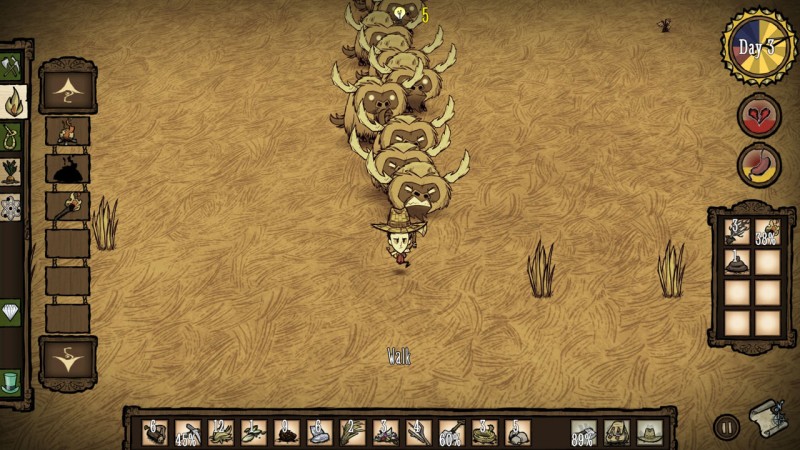 7.5
About Game Informer's review system
Concept
Create an open-world survival action game that doesn’t pull any punches in its difficulty
Graphics
The hand-drawn art style is humorous and visually impressive
Sound
Both the sound effects and sparse soundtrack are pretty forgettable
Playability
A combination of keyboard controls and mouse clicking provides a straightforward interface
Entertainment
The hours-long grind of surviving in a harsh environment is not as fun as it could be
Replay
Moderately High 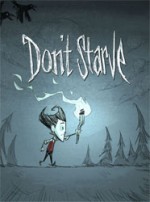