During our trip to Finland to see Quantum Break, Remedy handed us the controller for a play session – the first for anyone outside of Remedy Games. Ben Reeves and I each played through the same sequence, which gave us a chance to solve a simple puzzle and get into some gunplay. The puzzle involved rewinding time in order to walk across a platform that had fallen, and the shooting involved taking on a handful of soldiers in a warehouse. Following our demo, we discussed our experience with the time powers and how they can be used to take on the villainous Monarch Solutions corporation.

Kyle: While we were in Finland covering Quantum Break, we both had a chance to play the game. It was actually the first time anyone outside of Remedy had gotten their hands on a controller to play. It was brief, but we played through an early combat scenario in a warehouse that offered different opportunities on how to approach the fight.

Ben: Yeah. I think right off the bat we can say that you can’t do the Max Payne slow-mo dive and shoot, which is a little strange, because it would have been so easy to include. That said, I think they make good use of time and allowing players to do some interesting things with time manipulation. Did you have a favorite time power?

Kyle: My favorite was the one where you could create a bubble around an enemy that would pause time inside of it, and then you could load it with bullets, and then when the bubble popped (for lack of a better term) all the bullets would fly at the enemy all at once. Hitting an enemy with a whole bunch of bullets simultaneously is supremely satisfying.

Ben: Yeah, that’s a cool power. I also liked the power called Time Rush, which basically slows down time, letting you run like the Flash towards your enemies and then knock them out like Ali, before they even see you. In fact, most of the shootouts have this cat-and-mouse element to them. Every time you use your powers you disappear from the enemy’s view, so they’ll keep shooting at where you were while you’re lining up a headshot from behind them.

Kyle: One of the new powers we saw was the Time Vision, which isn’t necessarily combat focused, but has its uses in those situations.

Ben: I thought that was okay. It’s kind of like Batman’s detective vision. It highlights interesting objects and enemies within the environment. During one of the shootouts, I turned it on and it highlighted a bunch crates suspended over some enemies' heads. Guess what I did next? Kyle: Pretended to be the pizza delivery guy and then kicked them in the junk?

Ben: No, you’re such an idiot, Kyle. I shot the cable holding up the crates and watched it drop on their dumb heads. Time Vision certainly isn’t a total game changer, but if it keeps highlighting cool opportunities like that I’ll probably use it to scout each environment before the action gets hot.

Kyle: There were two others, Time Dodge and Time Shield, which were fun to use, too. Dodge lets you zip around to avoid fire, and shield was the same concept as the bubble shield, but it created a shield for you. Those last two were particularly helpful in terms of keeping you from sticking behind cover. You can take cover, which happens automatically when you sidle up to a wall. Normally I like attaching to cover to be connected to a button, but it was clear quickly that with all those time powers at your disposal, you won’t be waiting behind a waist-high wall for the enemies to reload. I won’t, at least. I liked being able to blink in and out of the battlefield.

I will say that I didn’t feel like we got enough time to fully grasp the combat, which is not a knock against the game. In both Max Payne and Alan Wake, it took me a while to acclimate to the gunplay, and I feel that will be the case here. I got shot a lot during our playtime, but I could already tell that with a bit of practice and with a better understanding of the powers, it seems like you will be able to do a lot of cool stuff. Could you feel the Max Payne or Alan Wake influences creeping in at all?

To continue the conversation, head to page two... Ben: Yeah, I think that Remedy doesn’t like to make traditional cover shooters. Max Payne and Alan Wake were all about moving across the battlefield in interesting ways, but they were also simpler shooters in a way. Jack has a lot more powers, and that complicates the action in an interesting way. All of your powers are on cooldowns, so you’re always keeping an eye on when certain powers are going to recharge, which adds a bit of strategy to the action. The one thing I noticed about the combat that could use a little work was the aiming; I felt like it was a little loose for a shooter. Maybe they just need to fine-tune the gunplay a bit. Did you notice that?

Kyle: I could certainly see that, but I imagine Remedy is still tweaking that aspect of the game. In many ways though, it felt a little less focused on accuracy, and a little more focused on using your powers in tandem with your guns. Using the Time Bubble ability, for example, didn’t really require you to pull off that perfect headshot. Instead, it was more about filling that large bubble with bullets in order to make sure that enemy was taken care of while you moved your concentration elsewhere. Another aspect that is likely going through iteration as we speak is Jack’s movement. He felt heavier than Alan Wake or Max Payne in a strange way. Maybe closer to the movement of a Grand Theft Auto protagonist. It was okay though, because a lot of his quick movements were attached to his time abilities, so I never felt like my maneuverability was limited in any way – just different than I expected. And speaking of expectations, deploying the powers was a little different than I expected. When we watched Remedy play, I noticed all the cooldown meters on the right side of the screen, and assumed you had to scroll through to select a power, but thankfully that’s not the case. Each power was mapped to a dedicated button, so you never enter a menu or pause the fight to use a new power, which I'm happy about. It makes it easy to combo a whole bunch of different powers in a row.

Ben: All in all, I think that Quantum Break’s action is good. Its hook isn’t as stylish as Max Payne’s, but I think the action is a bit deeper, and I love the idea of exploring environments that are completely frozen in time.

Kyle: Yeah, I agree. As I mentioned earlier, it will take a little getting used to, especially making sure you use the right powers in the right situation, but I look forward to learning it all and figuring out the best ways to approach a fight. 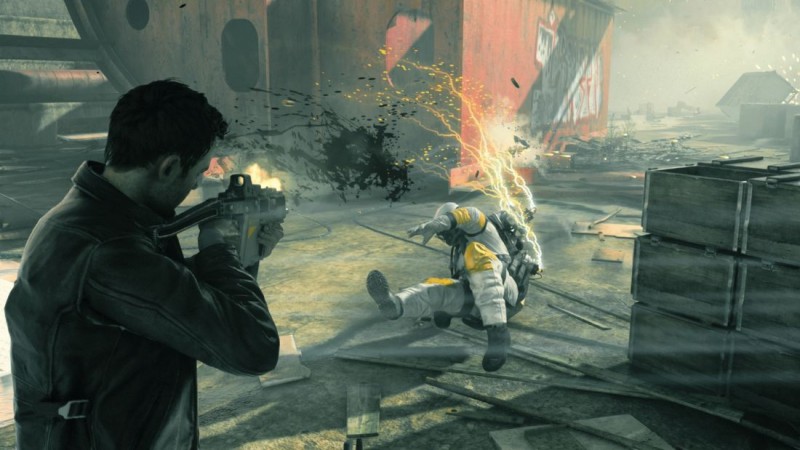 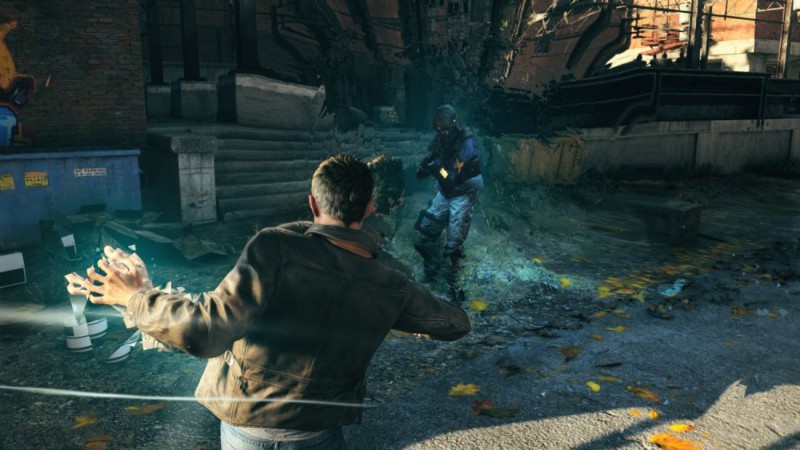 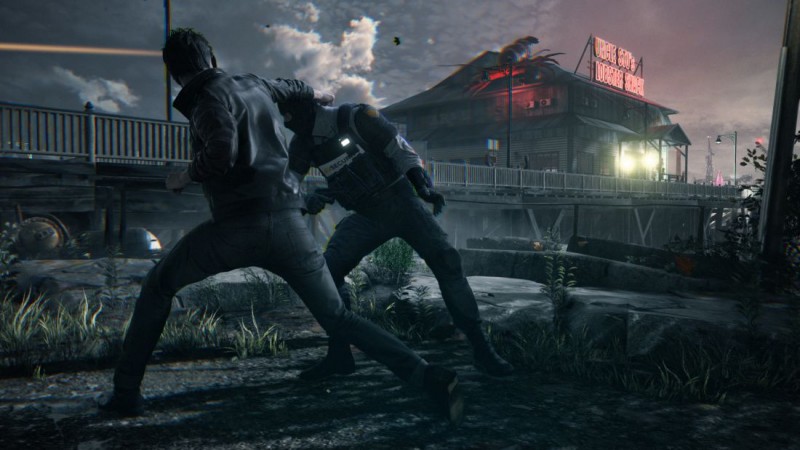 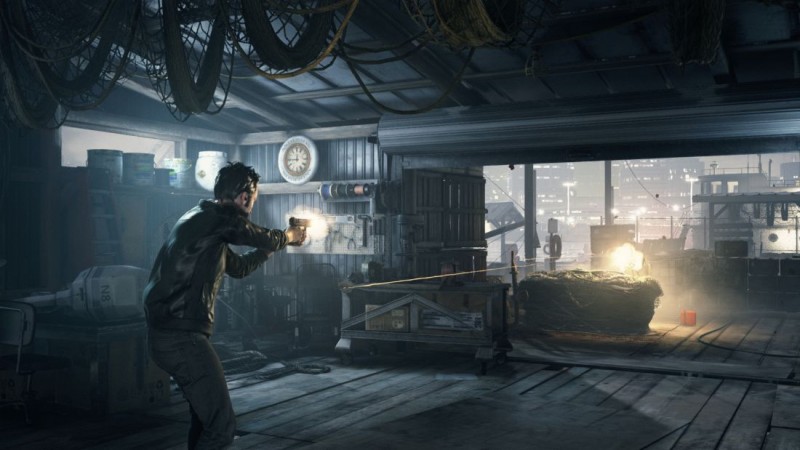 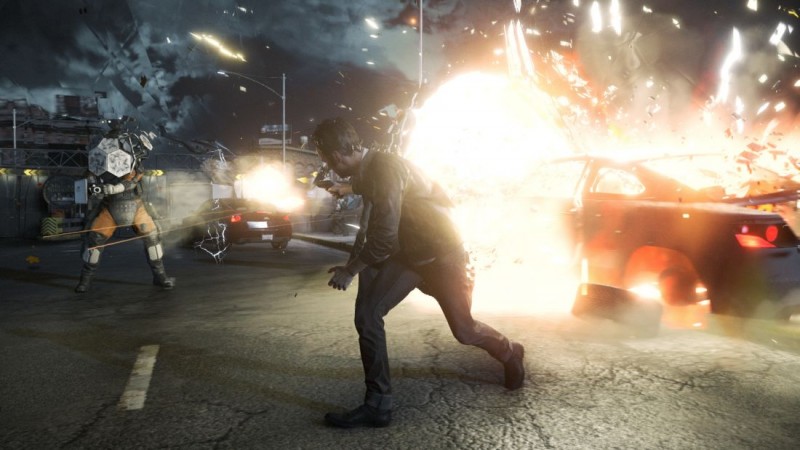 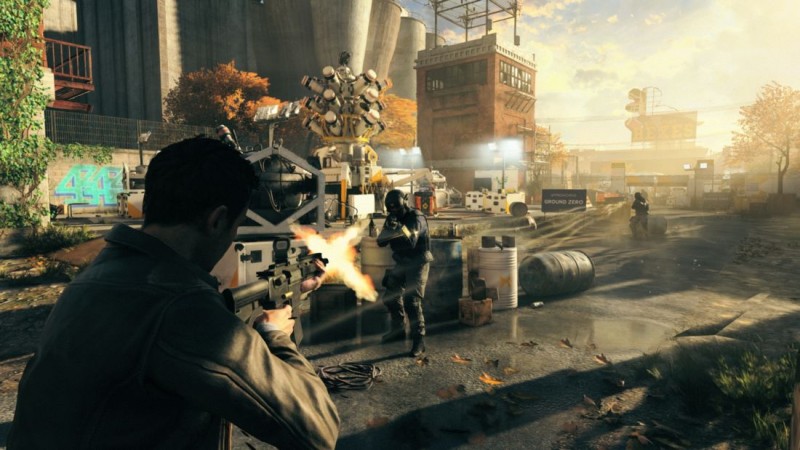