Watch The First Trailer For The Witcher: Monster Slayer, An Augmented-Reality RPG For Mobile

As we wait for Cyberpunk 2077 to release, CD Project RED is keeping us engaged in different ways; this time with the announcement of The Witcher: Monster Slayer, an augmented-reality RPG for iOS and Android mobile devices. Monster Slayer is developed and published by Spokko, and is designed as a prequel that takes place before the core Witcher series of games.

The trailer doesn't give us a good look at much of the game, and is mostly a vibe piece that shows someone walking through the woods to track down a monster. in that clip though, we do see one monster encounter, and the visuals are quite good. Each player becomes a hunter that must track, study, and battle creatures that pop up on the map. To take down these threats, the hunter needs to gear up in a number of ways and craft materials that can be used to lure out and weaken monsters.

No official release date has been given as of yet, but dates for both the iOS and Android version will be announced later this year. 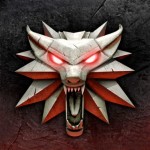