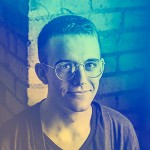 Camden first decided he wanted to write about games while listening to a PlayStation podcast in his kitchen. Then he decided he’d rather work in games marketing, then environmental journalism … And then games writing again. Camden is a fledgling journalist, studying convergence news reporting (a fancy way of saying “multimedia reporting”) at the University of Missouri. He’s written about topics such as artificial cattle insemination and deteriorating dams, and, more relevant to Game Informer readers, he’s had a freelance contract with ESPN Esports. There, he wrote about the first esports team sponsored by a women’s college, a League of Legends player with only one full hand, and other esports-related stories. He hopes to continue his quest to become a full-fledged games journalist (and to collect all the golden bananas).

The new studio also includes God Of War's producer among its ranks.
by Camden Jones on Aug 13, 2018 at 11:02 AM
reader discussion

Eight Reasons To Be Excited For World Of Warcraft: Battle For Azeroth

The upcoming expansion has several additions and changes in store for fans of Blizzard’s legendary MMORPG.
by Camden Jones on Aug 09, 2018 at 04:24 PM
News

Players can now battle to the tune of Mission Impossible's twangy theme.
by Camden Jones on Aug 02, 2018 at 02:05 PM
Feature

How Hackers Are Preserving Gaming History

We talked to hackers and “digital archaeologists” who spend thousands of hours reverse engineering games.
by Camden Jones on Aug 01, 2018 at 03:00 PM
News

You can now play through two of Sam Fisher's stealth adventures on your Xbox One.
by Camden Jones on Jul 31, 2018 at 01:50 PM
News

Death Finds A Way In This New World Of Warcraft: Battle For Azeroth Teaser

Sylvanas burns a world tree in the Warbringers: Sylvanas teaser.
by Camden Jones on Jul 31, 2018 at 11:45 AM
Feature

Join us for a look into the myths that inspired Destiny 2's most powerful weapons and armor.
by Camden Jones on Jul 27, 2018 at 05:00 PM
News

The new book is the first official crossover between the two series.
by Camden Jones on Jul 23, 2018 at 01:40 PM
News