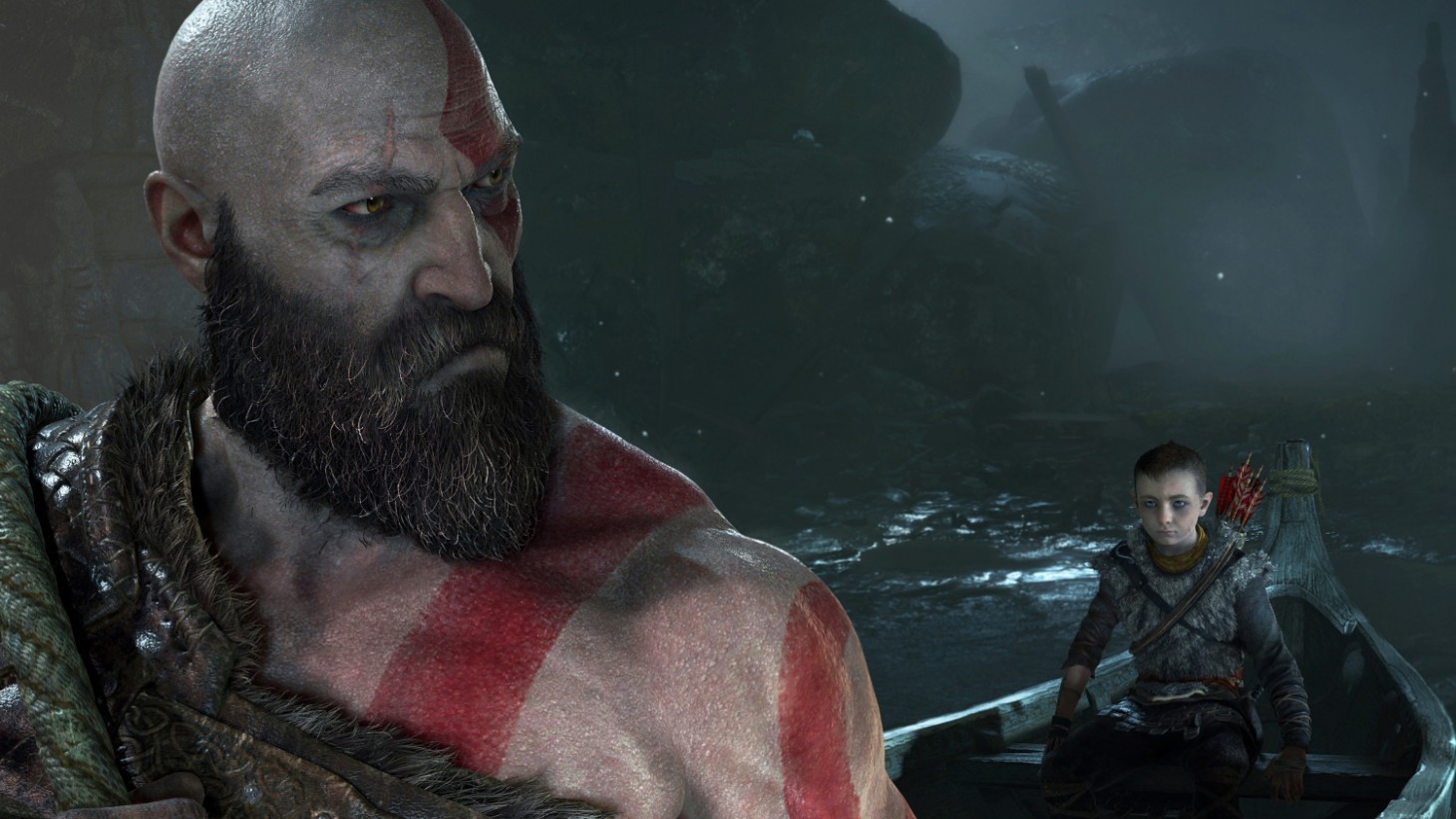 Things in the World Of Warcraft have been a bit rough for Horde players lately. In last week's "Warbringers: Sylvanas" trailer, Blizzard confirmed that Horde warchief Sylvanas Windrunner burned the killed innocent night elves by burning their "world tree" home.

This, as Polygon reports, set off a storm of anger among the WoW community, as many Horde players feel Sylvanas' actions do away with the "gray" morality of the Warcraft series and don't want to be associated with a faction that follows a plainly evil leader.

Some Horde players, according to Kotaku, have gone so far as to hide their shoulder armor in imitation of the "Old Soldier" trailer's Varok Saurfang, protesting Sylvanas' actions.

Looking for in-game Horde members that share players' reactions to Sylvanas, Wowhead user perculia points to a God Of War reference that Reddit user newshadow1 discovered back in May. 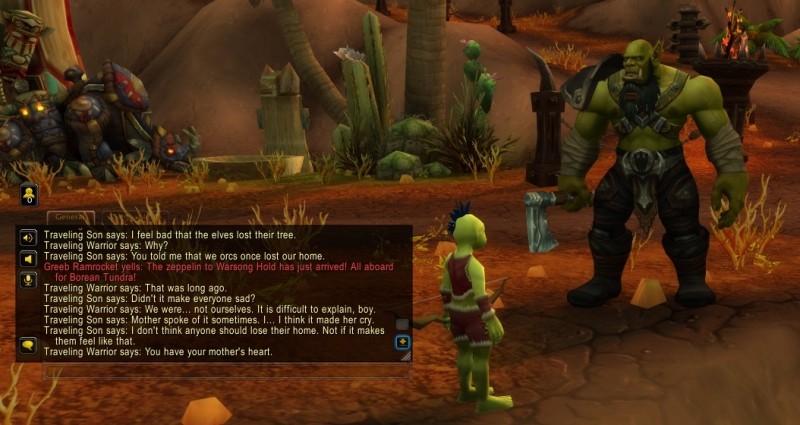 In the Easter egg, a male orc, "Travelling Warrior," talks in Orgrimmar with his son, "Traveling Son," about the events of the looming war. According to perculia, the two have the following conversations:

TW: You are quiet. More so than usual.
TS: I heard other children talking about the war. Did... did the Horde do something bad?
TW: War is a test of honor. Once lost, it is not easily reclaimed.
TW: Remember that, boy.
TS: I will, Father.

TW: What is it, boy?
TS: Is this a bad war? I mean... worse than the others?
TW: Wars never change. Only the warriors do.
TS: Do you think this war is going to change the Horde?
TW: We will see, boy. We will see.

TS: I feel bad that the elves lost their tree.
TW: Why?
TS: You told me that we orcs once lost our home.
TW: That was long ago.
TS: Didn't it make everyone sad?
TW: We were... not ourselves. It is difficult to explain, boy.
TS: Mother spoke of it sometimes. I... I think it made her cry.
TS: I don't think anyone should lose their home. Not if it makes them feel like that.
TW: You have your mother's heart.

It's surprising to see an Easter egg double as such a touching commentary on World Of Warcraft's story events. I can't think of a better way Blizzard could have paid tribute to a great game like God Of War.
On
On
Off