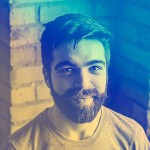 Jacob played untold hours of free Flash games and Lego titles he rented from the library before finally convincing his parents that having a Nintendo Wii would get him to exercise. With that bald-faced lie, a lifelong love of gaming was born. He bounced between shooters, RPGs, and character-action games before eventually settling into the arthouse side of the medium, where games like The Beginner’s Guide and Ico made him cry dignified tears. He started writing about these experiences on a blog that was read by upwards of six people. Shortly after, he was adopted by Cane and Rinse, a podcast with a lot of charm and an audience that existed. His degree in sociology isn’t particularly related to games journalism, but it is an excellent resource if he ever wants to get theoretical about something (or win an argument about inequality). In addition to games, he’s fascinated by architecture and enjoys spending time with his quickly growing puppy.

Real Stop-Motion Gets Gamified in Vokabulantis

I Played All Of Shrek In Beat Saber, And It Nearly Killed Me

Grab Both Your Pistols, Tomb Raider Legend And Anniversary Are Now Backwards Compatible On Xbox One

New Fallout 76 Teaser Previews The Benefits And Horrors Of Teamwork

Just because food is prepared by cats doesn't mean it's unsanitary.
by Jacob Geller on Aug 12, 2018 at 02:00 PM
gamer culture

Monster Hunter: World Gets A Rathian-Sized Opening Day On Steam

What We Want From Doom Eternal