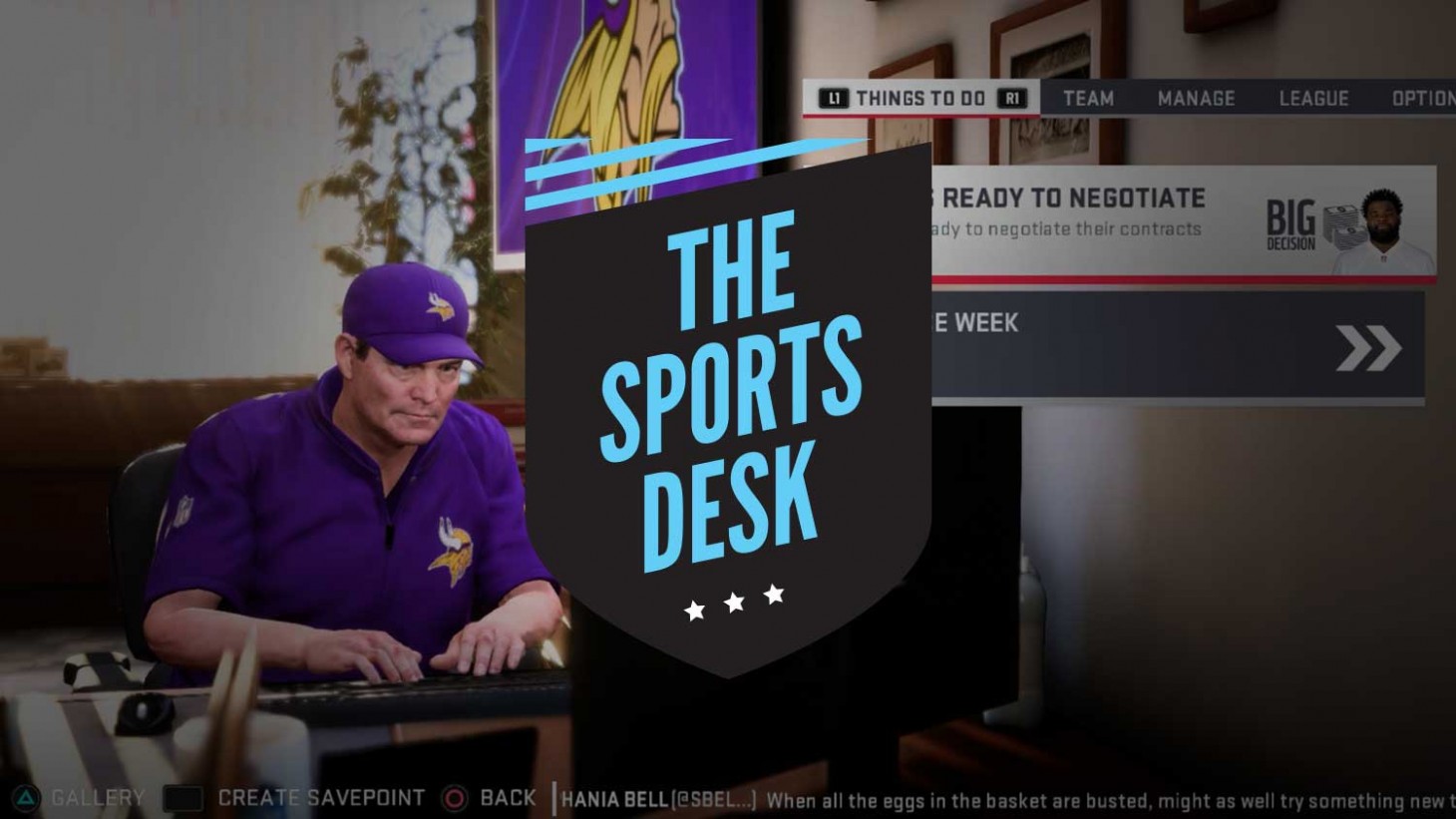 A Glimpse Into The Future Of Madden's Franchise Mode

Developer EA Tiburon is altering Madden NFL 19's franchise mode, changing the way attributes have been purchased in the series this console generation (read my hands-on thoughts on franchise mode here). We don't know how fans are going to take to this new system, but I talked to Madden senior producer Ben Haumiller about the future of franchise mode and what Madden 19's changes may mean for it going forward.

In Madden 19, player progression isn't handled by spending XP to raise specific attributes and buy traits. Instead, you choose from broader "scheme" buckets that deliver random attribute boosts along the way to leveling the player's overall by one point.

Developers such as Haumiller and senior designer John White tell me the previous system was tedious because it was so granular, and that some people were gaming the system, so to speak, by loading all their XP into speed, for instance. This would make players extremely valuable on the field, but this value wouldn't be taken into account with their free agency demands because their overall rating would still be low.

Regardless of my personal misgivings of taking away gamers' control of their players' progression, I understand EA Tiburon's reasons. Still, I envision a scenario where the developer reverses course in a few years, perhaps not because people don't like the new system, but because these things go in cycles and it's not uncommon in a video game series to go back and forth with features.

So I asked Haumiller: How committed are you to this new system?

“We never go into anything with the intent of, ‘Oh, a couple years later we’re going to have to revert back to what we did before.’ [But] It’s happened," he says. "With this, I don’t see it being the case where we revert back to granularity at some point. Now and going forward, this is how we plan to progress our players, with a lot of work and things we’re talking about for Madden 20 and the future, we might revisit how we do things – that’s always a possibility. We could be wrong … and we have to revisit things. But I don’t see that we decided to make this on a whim and then, ‘Ah, people didn’t like it, cool we’ll switch back.’ We did this for very specific reasons.”

Fair enough. In terms of how we may see this new progression system evolve going forward, Haumiller didn't go into specifics, but it will be built upon.

"Are there new schemes to add, new archetypes to add in? How does this fit in with the new feature set, and how can we build this as a foundational piece?" he said. "Progression is one of those foundation pieces for your franchise experience. It might not be the central theme every year, because if I came out next year and said, ‘Alright, progression!’ You’d be like, ‘Okay, didn’t we talk about this last year?’ [Laughs] So it’s got to be a supporting piece, but it’s still got to be integral to how the franchise works, or else it’s just another thing that’s added onto the pile.”

Speaking of "the pile," Haumiller says that the team wants to try and give all modes something new each year instead of "over-indexing on one side of the house to try and bring more people into that side."

The last part of that quote is good news given how Madden 18, in particular, felt like it catered more to competitive players. In a larger sense, that debate of whom do you try and woo – casual or hardcore fans – is an interesting one for a long-running franchise like Madden representing the most popular sport in America. Casual vs. hardcore is an argument we don't have to have anymore when there are various difficulty settings and modes for everyone to enjoy. Having a game that plays well, is regularly updated and fixed, and which tries to do great things in the genre and for video games is a better way to push the pile than pleasing certain sets of players.

In terms of the future of franchise mode, Haumiller brought up the concept of a live service model. Typically those words are used and thought of in the context of creating new Ultimate Team content and general updates/patches. However, he pointed out that this can extend to franchise mode itself.

“One interesting part is we’re getting much more aggressive in what we feel we can update in title updates," he said. "Much more into, ‘Okay, yeah, we’ve never done this before, but that doesn’t mean we can’t.’ So, we’ve got a few things down the line that we’re looking to add this year.”

“What is a live service version of franchise?" he continued. "I think we’re excited to try and figure that out. The franchise fans feel like they’re not getting the post-launch support that maybe other modes are. And we’re very cognizant of that…”

Part of the brainstorming around updating Franchise mode with features after launch involves figuring out how an update would affect those who've already started their franchises. Certainly, that's no small thing to consider, but I hope the devs at EA Tiburon continue to work on the problem because new features for franchise on a rolling basis would be awesome.

The other post-release franchise mode conversation EA Tiburon is having is in regards to how or if players can be updated in the mode to reflect their real-life performances. This concept may sound diametrically opposed to the mode in the first place, but the team has taken note how players like Chiefs running back Kareem Hunt took off in real-life, easily outstripping his static ratings in franchise mode at the beginning of the game.

“Philosophically in the office we talk about, ‘How much can [a player] progress in your franchise versus how much we allow a player to progress in normal roster updates?’” he says. “There are a lot of conversions of, ‘Do we let that happen? How do you let that happen? How rare can that be?’ So I think progression is always a conversation, especially regression.”

It'll be interesting to see what Madden fans make of this year's changes for franchise mode, but regardless if you do or do not like the progression system, Haumiller and the rest of the dev team are actively thinking on the many ways they can continue to work on the mode, taking it in directions both necessary and unexpected. 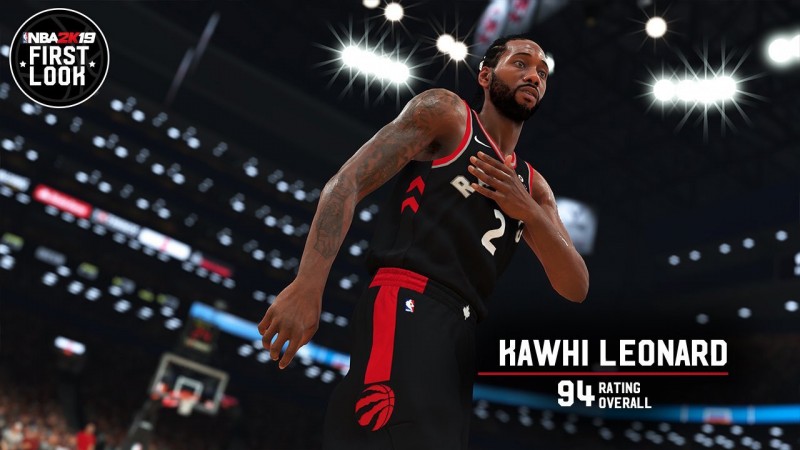 Game Informer's Matt Bertz got his hands on the upcoming NBA 2K19, and talked to gameplay director Mike Wang and gameplay producer Scott O'Gallagher. Check it out here.

A Pair of PES 2019 Trailers – One Detailing MyClub Additions, The Other For The Demo

P.K. Subban Shows Off Some Of NHL 19's Big Hits