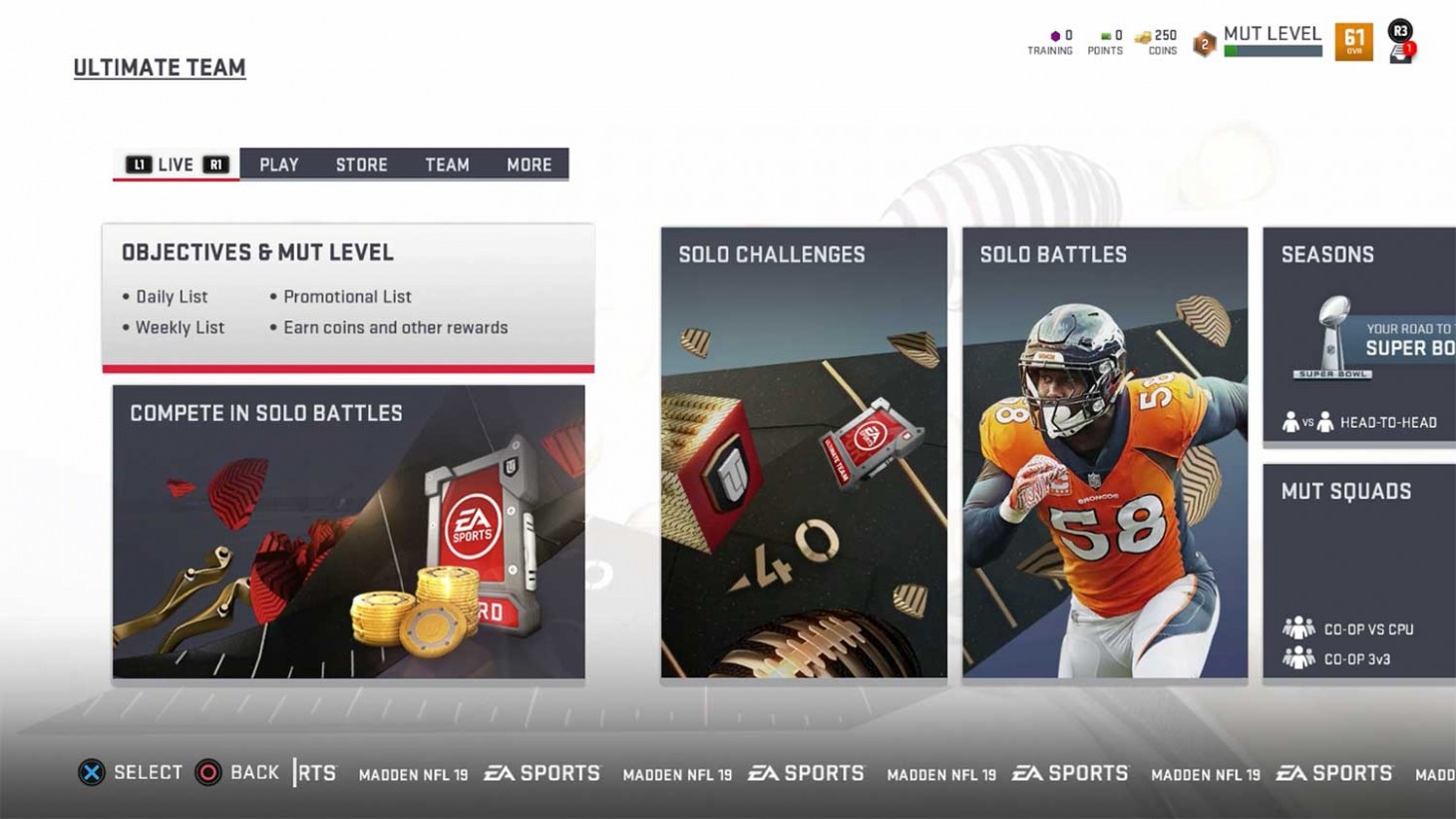 After Madden Ultimate Team fans didn't like how Madden 18 handled powering up specific players in the mode (it was too expensive and ultimate not worth it), developer EA Tiburon has gone back to the drawing board for Madden 19, making the feature more user-friendly in a variety of ways (click and scroll down in this past installment of The Sports Desk for more).

I recently got to tour Ultimate Team in Madden 19, and received lots of info from associate producer Nick Schreiber.

Correction: The article below mistakenly says that power up cards become non-NAT at their top tier. In fact, they don't become non-NAT until they are downgraded back to their base level. This mistake has been corrected below, and I regret the error.

Note: Info in this article, such as training values, may change by the time the game is released. I honestly don't think any of the alterations – if there are any – are going to be drastic, but they may change.

It will be interesting to see if it’ll be worth it to sacrifice a card for training vs. selling that card instead and taking the coins and buying a card comparable to where your Power up card is at. Or, again, like M18’s Power Up cards, if the end result Power Up card isn’t worth what you sacrificed in training points from melted cards and getting the requisite cards along the way.

So from my impression that training points won't be scarce, what cards can you actually power up? There are lots of cards that you can buy chems for (see more below), and there are also designated Power Up cards as well as Legends. Schreiber assured me that there will be plenty of cards to power up – they won't be rare. Check out the video below to see me take my Power Up card to 80 with less than 100 training points.