EA has revealed that Steelers wide receiver Antonio Brown is the cover athlete for Madden NFL 19.

Brown was named the second best player in the league for 2018 by the NFL Network, behind Tom Brady. Brown is the first player to record more than 100 receptions, 1,200 receiving yards, and 5 receiving touchdowns in 5 consecutive seasons. He also finished fourth place in Dancing with the Stars' 22nd season. 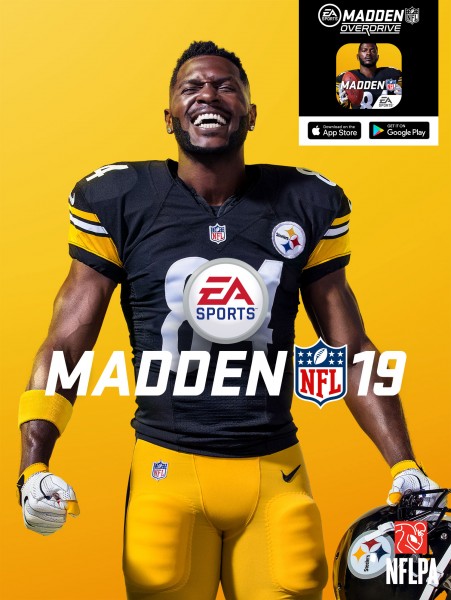 Madden NFL 19 is coming to PlayStation 4 and Xbox One on August 10. EA Access and Origins members can play a 10-hour demo before the game's release starting August 2, and players who pick up the game's Hall of Fame edition can play the full game on August 7.