McFarlane Toys has a long history of making highly detailed sports collectibles. NBA 2K has long been the premiere basketball experience in video games. These two juggernauts in their respective fields are coming together for a line of action figures based on the forthcoming NBA 2K19.

Each figure in this series comes with a bonus digital Locker Code to use in NBA 2K19's MyTeam mode. When this Locker Code is redeemed, you will earn a McFarlane Pack, which contains one Ruby Card for a random player in the series. This series consists of six players: NBA MVP James Harden of the Houston Rockets, Russell Westbrook of the Oklahoma City Thunder, Kevin Durant of the Golden State Warriors, Kristaps Porzingis of the New York Knicks, Kyrie Irving of the Boston Celtics, and NBA 2K19 cover star Giannis Antetokounmpo of the Milwaukee Bucks.

This series will be sold exclusively at Walmart beginning in August. Each figure carries an MSRP of $24.96. These toys will be on display at San Diego Comic Con this weekend. You can see more shots of them and other surprises on McFarlane's official Instagram in the coming days. 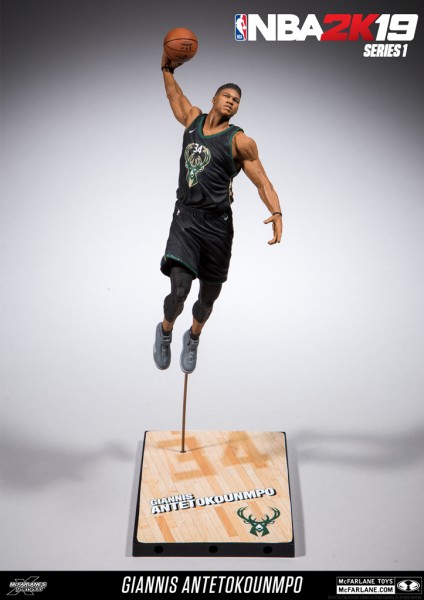 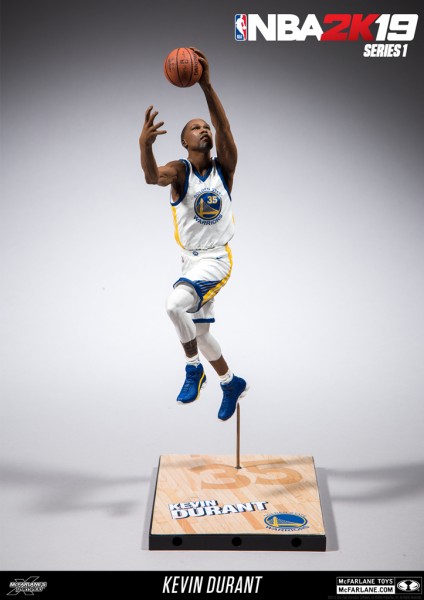 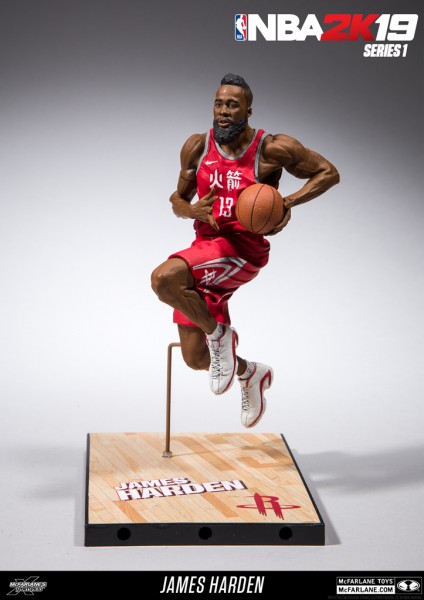 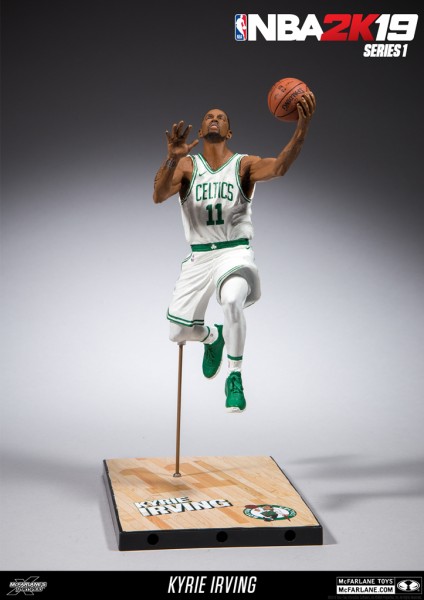 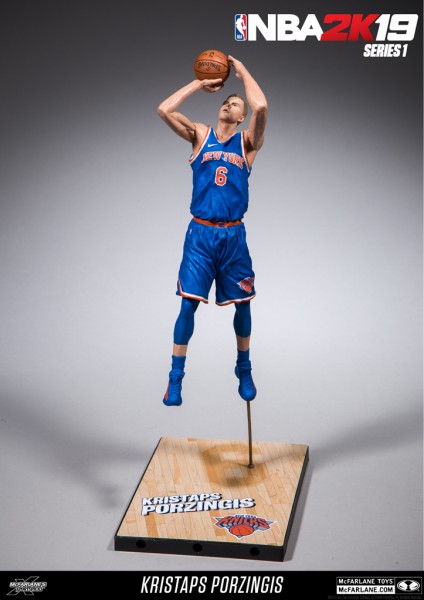 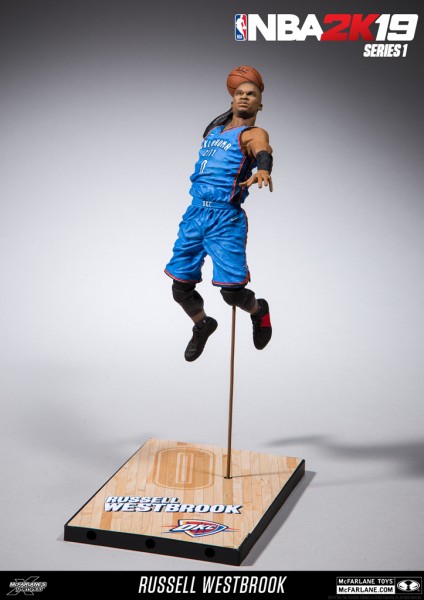