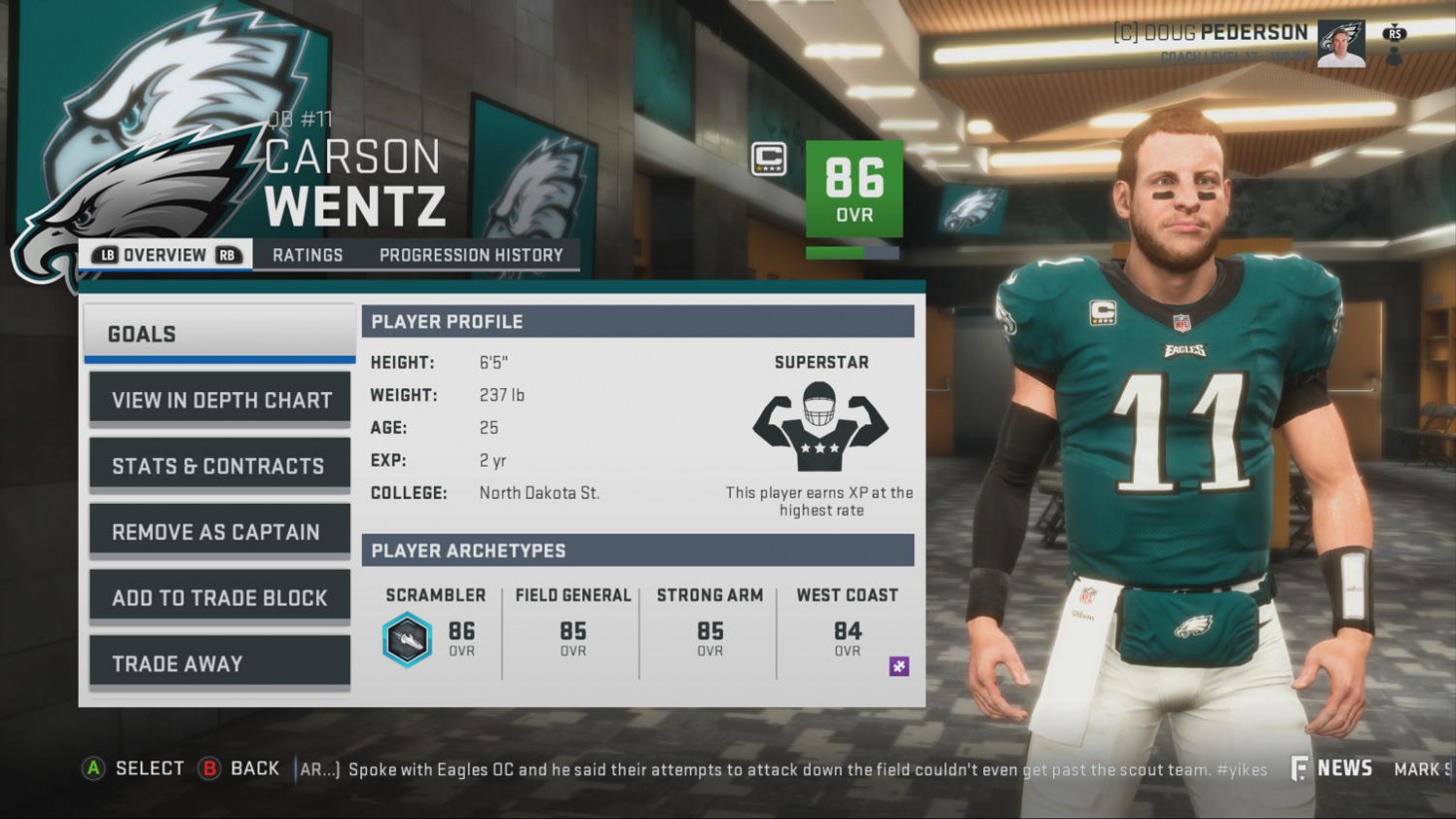 Madden NFL 19 is changing the way that gamers progress their players in Franchise mode, moving away from buying traits and dumping XP into specific attributes. Instead gamers will choose player archetype buckets that randomly assign which attributes get bumped and how much (check out my previous preview for more info). This new system takes away granular control, but it also generalizes the process and even introduces an element of randomness that might result in a bigger boost for your player than you expected.

I've played Franchise mode, and have some info and early assessments of the new progression system in particular as well as the mode as a whole.

Various instances of different players receiving randomized attribute bonuses when applying a point to their OVR. Some have more room to grow, and get some big boosts. At the end you can also see XP bonuses for scheme fit players during weekly training.

Overall, Franchise mode feels similar to those in recent years, and it seems the new scheme fits system is more like an extension of the weekly gameplan section's Focus Training where you're trying to maximize player growth rather than build schemes as a coach that help on game day.

EA Tiburon's senior designer John White says that in early playtesting sessions, nobody wanted to go back to the old system of manually assigning points. Everyone will have their own preference, of course, but I don't think you can call one system less complicated or less tedious than the other given both involve plenty of planning and menu hopping. Regardless, at a minimum you might get lucky due to the randomization factor, so as always, the NFL is going to be unpredictable.

Matt Bertz and I discuss the new scheme fits progression system and some initial thoughts on it.
On
On
Off