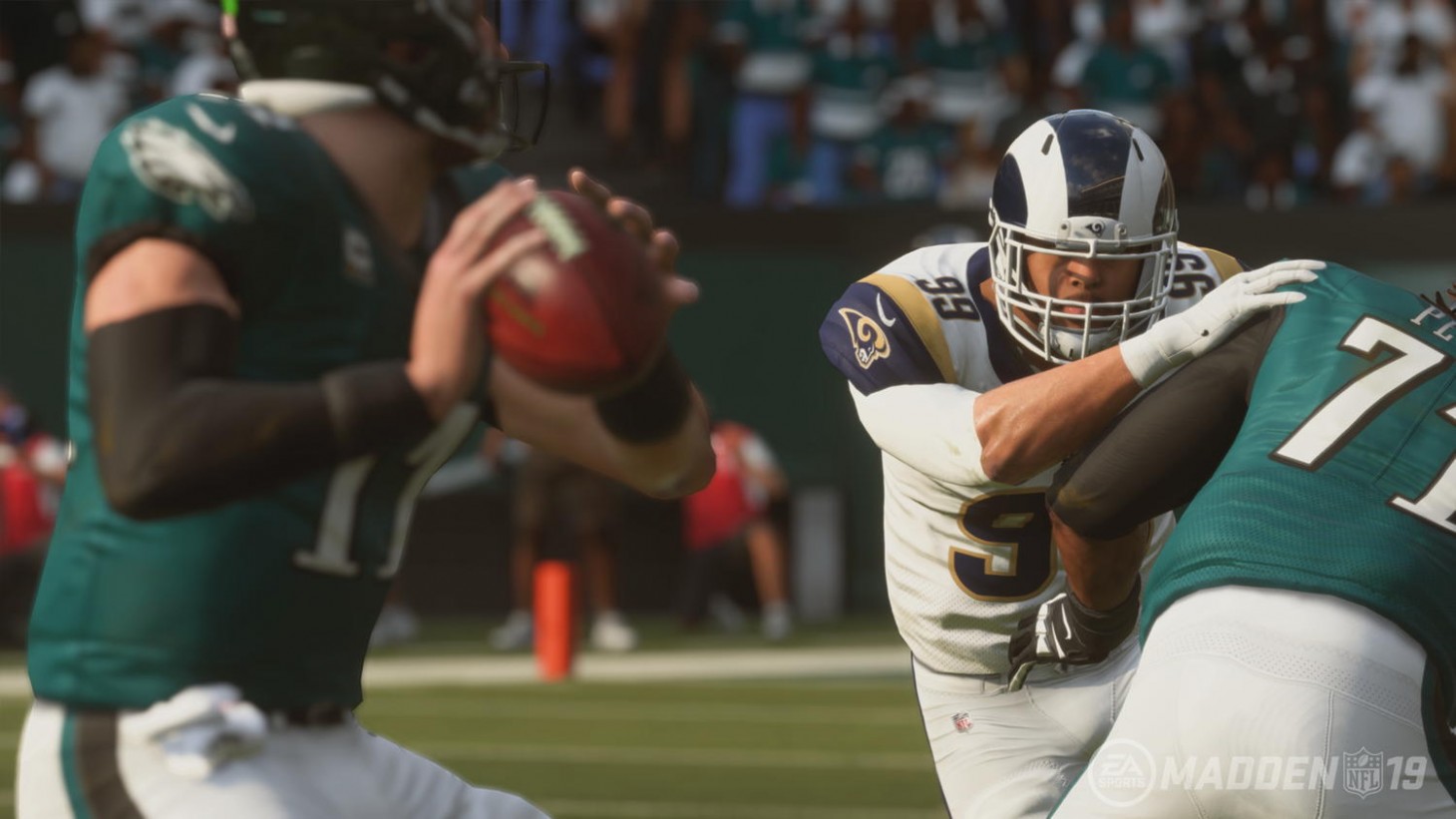 Putting together a good NFL roster – to say nothing of one that can win a Super Bowl – is very hard. Head Coaches and GMs have to have a philosophy in place and know which players, whether that’s big-name veterans or late-round draft picks, can fill their expected roles. Madden 19’s franchise mode is trying to replicate the way NFL teams put together their rosters and how it affects the players in a new scheme/player archetypes and progression system for Connected Franchise Mode.

Each team has an offensive and defensive scheme (which can be changed), and players fit into these schemes via player archetypes. Like previous years, as you play you earn XP for your on-the-field actions. These get you skill points, which can be applied to the specific player archetypes that apply to that player, like being a Strong Arm QB. Doing this raises the OVR in that archetype a full point and raises random ratings assigned to that archetype.

Players get XP bonuses for playing in the schemes that are appropriate to their player archetype, but playing in the wrong scheme does not make your player worse – it just doesn’t make them progress as fast.

So as you assemble your team for the season and envision what it’s going to look like years down the road, you can maximize the talents of role players that fit into your scheme, sign free agents that have appropriate skills and not just the highest OVR, and have a better idea of who to scout and target for the draft. You can also reverse engineer your team like changing your scheme and the players on your team to build around a QB that unexpectedly fell to you in the draft, for example.

Gamers might have some interesting choices to make. Do you start a good vet around who doesn't fit the scheme, or do you give his spot to the rookie who does? The former may have better stats, but the latter will benefit from being a scheme fit and progress faster.

Here's how it works, as well as details on some other changes for Franchise mode. 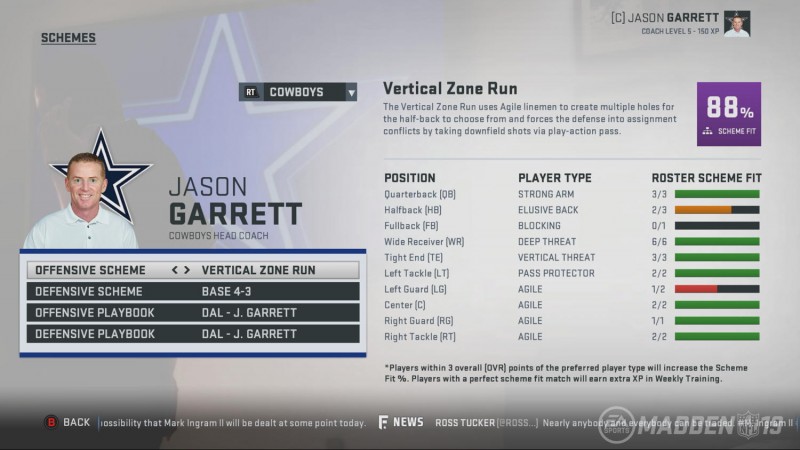 The game surfaces how well a player or players fit into your schemes. 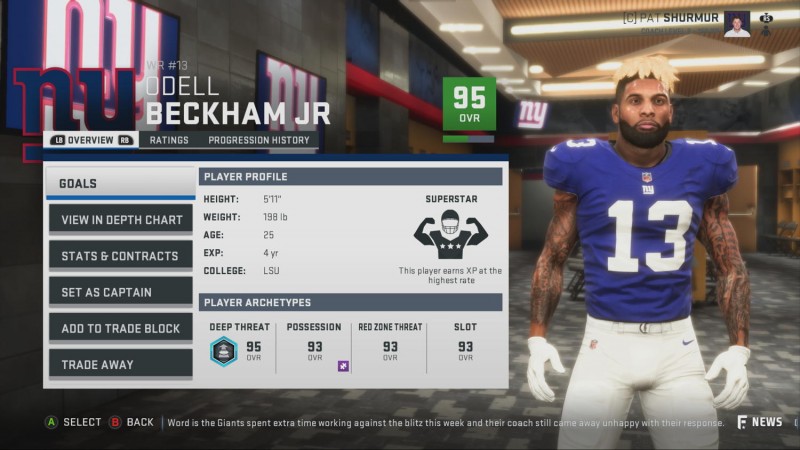 Many players fit into multiple archetypes. 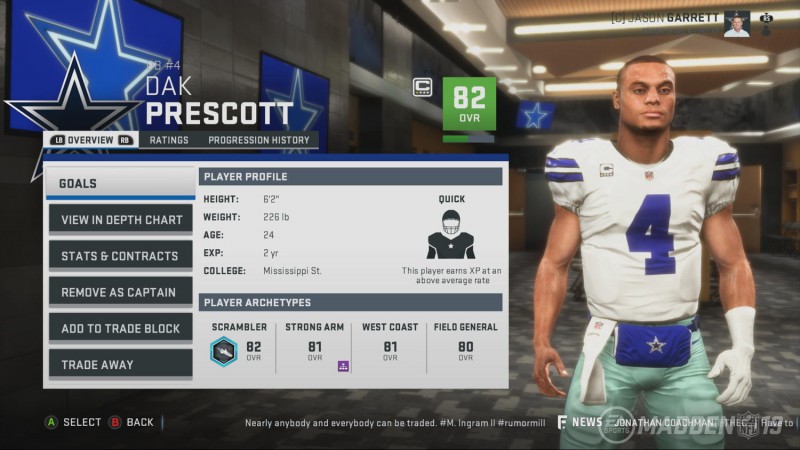 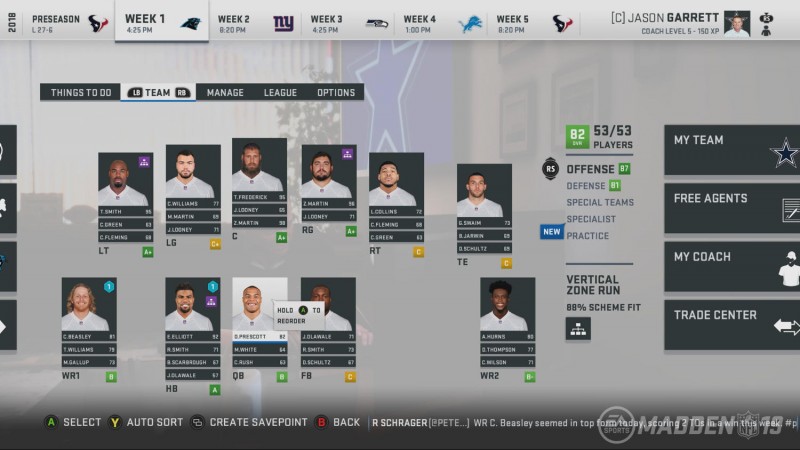 There are now specific depth chart spots for specialized positions like the slot receiver or corner.
Off
On
Off