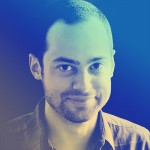 Jeff was first introduced to the exciting world of video games via his dad's Bally Astrocade in the early '80s, and has been hooked ever since. Obscure Atari rip-offs aside, his parents' refusal to buy him an NES ensured that most of Jeff's earliest gaming memories were social ones, at friends' homes and in arcades. When he successfully negotiated an end to the video game embargo in '91, it began a hobby that has since cost him most of his disposable income. While modern consoles have revived Jeff's love of social gaming, he still makes time for the 8-bit classics he was denied as a kid. Degrees in English and Japanese from the University of Minnesota and a yearlong study program at Hiroshima University round out Jeff's educational background, and landed him an internship and job at Game Informer in 2009. After nearly a decade of writing about video games, he still falls back on the same excuse for marathon gaming sessions: "It's research for work, I swear!"

According to Take-Two’s fiscal earnings report, GTA Online is more popular than ever thanks to its recent casino update.
by Jeff Marchiafava on Aug 05, 2019 at 05:09 PM
5
Review

The Church In The Darkness Review – Beware Of False Prophets

Why I Like Dragon Quest Builders 2 So Dang Much: An Investigation

With so many triple-A games on the market, dinking around in a game like Dragon Quest Builders 2 is a luxury I can’t afford. Yet here we are.
by Jeff Marchiafava on Jul 26, 2019 at 03:09 PM
News

The upcoming season will boast big visual improvements, but the bigger surprise is the history presented in the new trailer.
by Jeff Marchiafava on Jul 17, 2019 at 12:16 PM
Feature

If you're looking for a fast and fun mobile game without the gross microtransactions, these three roll-and-write games are right up your alley.
by Jeff Marchiafava on Jul 05, 2019 at 04:00 PM
Column

Forget the leaks, speculation, and analysis – G.I.’s resident oracle has all the answers you’re looking for!
by Jeff Marchiafava on Jun 07, 2019 at 02:00 PM
News

A purported datamine suggests Destiny 2 players will be heading back to the moon this fall.
by Jeff Marchiafava on Jun 04, 2019 at 12:24 PM
Column

Question Of The Month: What Video Game Power-up Would You Want In Real Life?

Humble Bundle and Asmodee Digital have rounded up a collection of digital board games you shouldn’t miss.
by Jeff Marchiafava on Apr 29, 2019 at 06:26 PM
gamer culture

Here’s Your First Look At Jim Carrey As Dr. Robotnik

An image has leaked of Carrey’s appearance in the live-action Sonic The Hedgehog movie.
by Jeff Marchiafava on Apr 29, 2019 at 03:22 PM
News

Microsoft opts to nix Notch from its upcoming celebration.
by Jeff Marchiafava on Apr 29, 2019 at 02:07 PM
News

You Can Nab Loot From Streamers In Borderlands 3

A new Twitch extension will offer some surprisingly deep interactivity between Borderlands 3 streamers and viewers.
by Jeff Marchiafava on Apr 29, 2019 at 12:46 PM