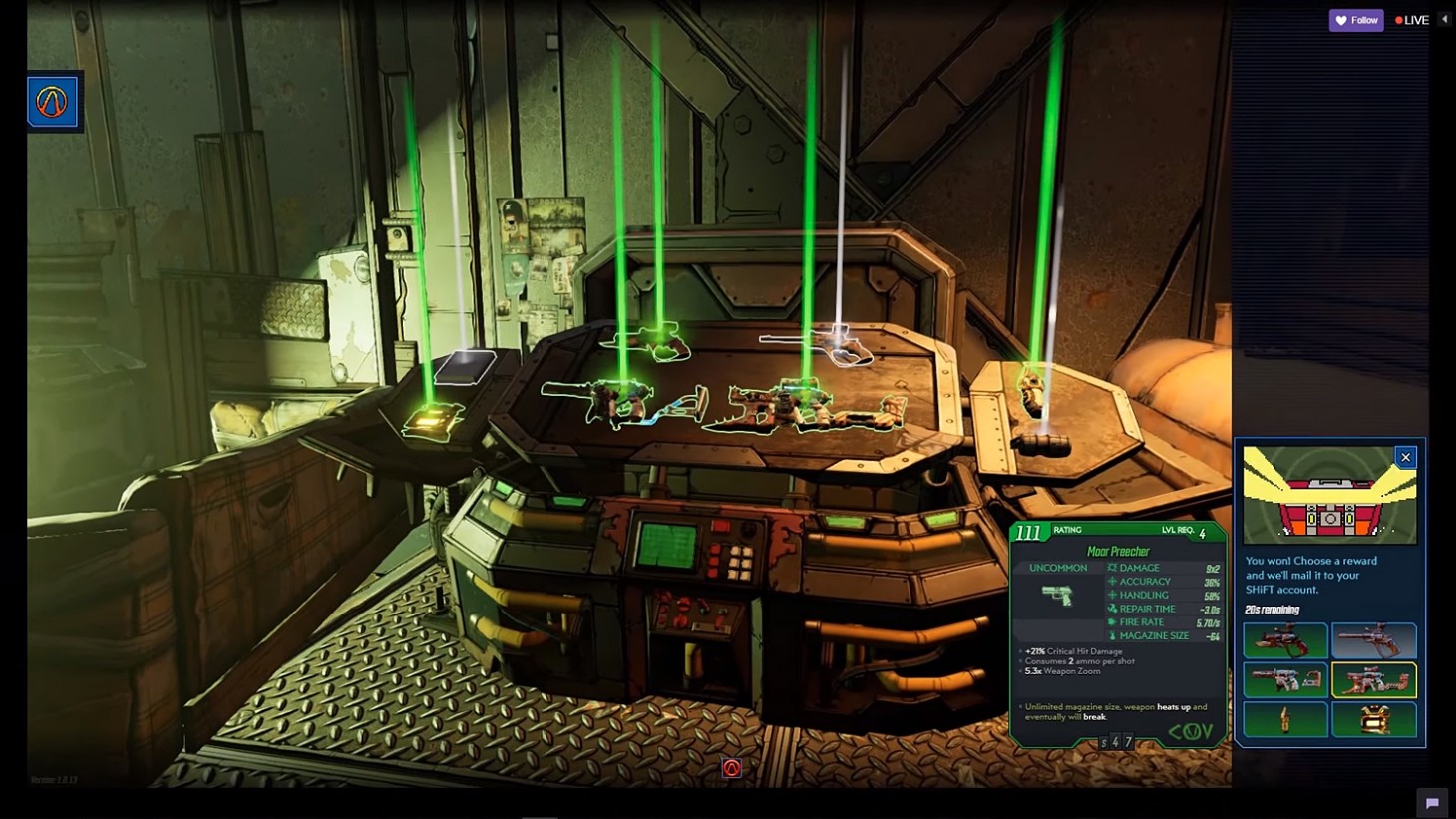 You Can Nab Loot From Streamers In Borderlands 3

A new Twitch extension will offer some surprisingly deep interactivity between Borderlands 3 streamers and viewers.

The newly announced Echocast extension will allow Twitch users watching a Borderlands 3 stream to rifle through the streamer’s loadout, inventory, and skill trees via an interactive overlay menu. Selecting a weapon or item will display all the same stats and characteristics you would normally see when hovering over an item in the game, so streamers theoretically won’t have to endlessly answer questions about what loadout they’re using.

The Echocast extension also allows viewers to interact with special chests – when the streamer finds one, viewers are given a short amount of time to opt into the event. One participant will then be selected at random, and can choose a piece of loot contained in the chest, which they will then receive a copy of in their game (scaled to their character’s level). For more info, watch the explainer video below, narrated by Claptrap.

The Borderlands 3 Twitch extension launches on May 1 to coincide with a livestream event of the game, so if you want to score some loot that you won’t be able to use for another four and a half months, get ready!

Borderlands 3 launches on PlayStation 4, Xbox One, and PC on September 13.