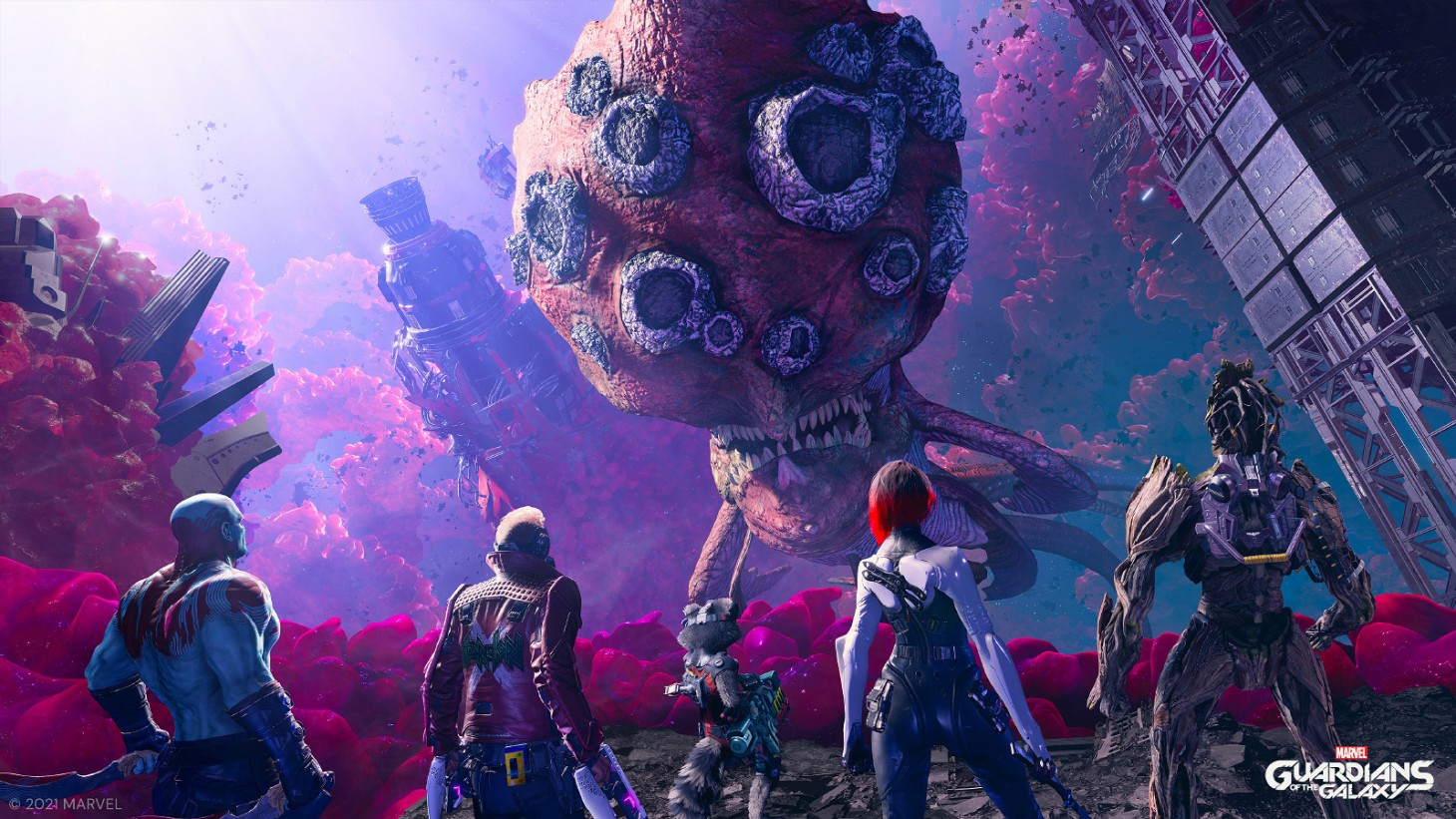 Marvel's Guardians of the Galaxy Is Coming To Nintendo Switch

Today during Nintendo's E3 Direct presentation, it was revealed that Marvel's Guardians of The Galaxy would also be coming to Nintendo Switch alongside other platforms. The game was first revealed just two days ago on June 13 at Square Enix's E3 presentation and is Game Informer's newest cover story.

Guardians of the Galaxy made only a brief appearance during Nintendo's presentation, but we do know that the game is launching on the Switch the same day and date as other consoles and platforms – October 26. There was no word on whether or not the game would be available via cloud streaming or not – as has been the case with some other triple-A games released on the system, such as IO Interactive's recent Hitman trilogy and Remedy Entertainment's Control.

To get up to speed with Eidos-Montréal's newest entry into Marvel's ever-expanding video game line-up, make sure to check out the game's lengthy reveal trailer. Here at Game Informer, we'll be rolling out a ton of exclusive content centered around Guardians over the month, so make sure to check back early and often to stay in the loop.

For all of the day's Nintendo news, make sure to check out new gameplay footage of Breath of the Wild 2, the reveal of Metroid Dread, and the new character coming to Super Smash Bros. Ultimate. There's also a new WarioWare game on the way – if you're into that kind of thing.

For everything happening this week during E3, head on over to our hub page for all the latest news, trailers, and details. It's been a big week, so don't miss new looks at Starfield, Elden Ring, Death Stranding Director's Cut, Halo Infinite, and Back 4 Blood. We also have watchalongs and recaps for all the week's biggest publisher presentations, in case you missed any when they went live.