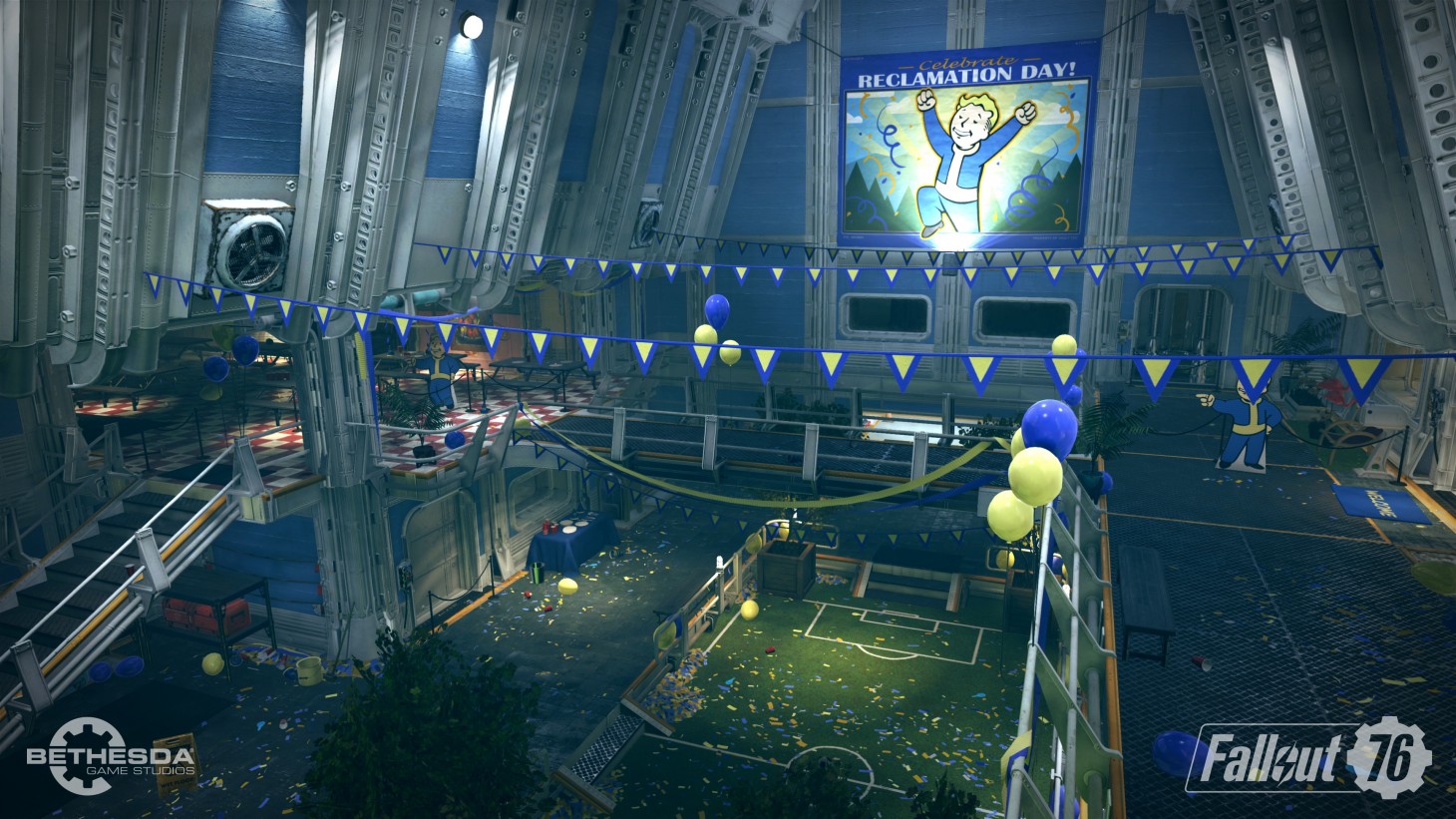 The Apocalypses Of E3 Ranked By Scientific Likelihood

The apocalypse is a popular backdrop for games, and the titles of E3 2018 are no exception. You can’t blame developers for leaning on the end-of-the-world crutch; it’s an easy justification for all sorts of gameplay and narrative tricks. Plus, there are few better ways to give players total freedom than throwing them into a lawless world full of terrible monsters.

But how many of these apocalypses (apocali?) are actually likely to happen in the Earth’s future? Here’s our official, scientific ranking of each scenario’s likelihood of happening in our future.

11. Fallout 76 – 0.0% Likelihood
A nuclear apocalypse is, sadly, pretty likely. However, Fallout’s timeline diverged from ours a long time ago. In the Fallout universe, the nuclear-obsessed Cold War era basically continued indefinitely until 2077, when the apocalypse occurred. Sure, plenty of people are still afraid of Communism and nukes in our world, but we’ve clearly moved past 1950s culture. That means we can at least stop worrying about seeing anything like the Fallout-specific nuclear apocalypse. (Phew?) Though maybe we should be sad, because apparently the world of Fallout 76 is all fun-and-games if you're exploring it with a few fellow survivors.

10. Doom Eternal – 0.00001% Likelihood
In our 300,000-some years of existence, humanity has screwed up a lot. The denizens of hell have certainly had enough reason (and provocation) to invade our world before now, so the fact that they haven’t already probably means it won’t happen anytime soon. Then again, anything’s possible. We could end up with the hell on Earth teased for Bethesda's upcoming sequel, Doom Eternal.

9. Gears Of War 5 – 0.00003% Likelihood
Alien life almost definitely exists, but we probably won’t be seeing it for some time. And when we do, the aliens probably won’t crawl out from the planet below us and kill us all like the Locust Horde of Gears Of War 5. It feels like we would already know by now about all those burly lizardmen napping down there, doesn’t it?

8. Rage 2 – 0.00037% Likelihood
There’s a 0.00037 percent chance that an asteroid will strike the Earth in the year 2135, destroying large amounts of life. Sure, it won’t be nearly big enough to send the entire Earth to its doom, KPg- or Rage 2-style, but we’ll still use it as a reference, because that’s how science works. To see how Rage 2’s apocalypse shakes out, check out Javy Gwaltney’s hands-on impressions.

7. Overkill’s The Walking Dead, Telltale’s The Walking Dead – 6% Likelihood
Okay, so viruses are science, but as far as we know there’s no such thing as a virus that makes things’ rotting corpses walk around after death. So: the zombies (a.k.a. "walkers") from both Overkill's and Telltale's The Walking Dead games are more likely than demons invading or aliens crawling out of your shower drain, but less likely than, you know, “not-zombies.”

6. Days Gone – 9% Likelihood
Our first not-zombies are known as freakers. They’re people infected with the – you guessed it – freaker virus. Again, viruses are science, but a virus that infects humans, bears, wolves, and ravens is probably less likely than one that's human-specific. If you want to know more about these freaky dudes, check out our Days Gone cover story hub, including Jeff Machiafava's "Meet The Freakers."

5. Dying Light 2 – 10% Likelihood
We’re making progress! This one’s a not-zombie virus that only infects humans, so it’s slightly more likely than Days Gone. The original Dying Light focused on the city where the outbreak originated, and the sequel takes place 15 years later in a full-on apocalyptic world.

4. The Last Of Us Part II – 20% Likelihood
The Last Of Us decided to shake things up with a not-virus infection that turns people into the horrifying not-zombie “runners,” “stalkers,” “clickers” (*shudder*), and “bloaters.” The infection is fungal, not viral, and is based on a real-world fungus called Ophiocordyceps unilateralis, which infects ants and forces them to do the fungus’ bidding. None of The Last Of Us’ fungally infected lads showed up in The Last Of Us Part II’s 12-minute E3 gameplay trailer, but you can bet they’re going to rear their ugly, deformed heads.

3. Metro Exodus – 40% Likelihood
Sure, the apocalypse of the Metro series occurred in 2013, but its timeline is still much closer to ours than Fallout 76’s, so we won’t disqualify it immediately. It’s a believably modern World War III scenario – a nuclear war involving Russia and other countries that leaves Moscow crumbling and irradiated. Hopefully, we’ve all got a little Artyom (who returns as Metro Exodus' protagonist) inside us.

2. The Division 2 – 60% Likelihood
What’s more likely than a nuclear apocalypse? Well, if we can keep our fingers off the big red buttons, the growing human population will eventually run into major problems with disease. What’s so terrifying about The Division 2’s apocalypse, a smallpox pandemic, is that it’s caused by the indiscriminate brutality of nature, not humanity’s hubris.

1. Sea Of Solitude – 100% Likelihood
Global flooding? Well, our world’s ice caps certainly aren’t getting bigger. Loneliness turning people into monsters? Seriously, have you seen the comments section of, like, any YouTube video? Surprise, people: We’re already in this one.