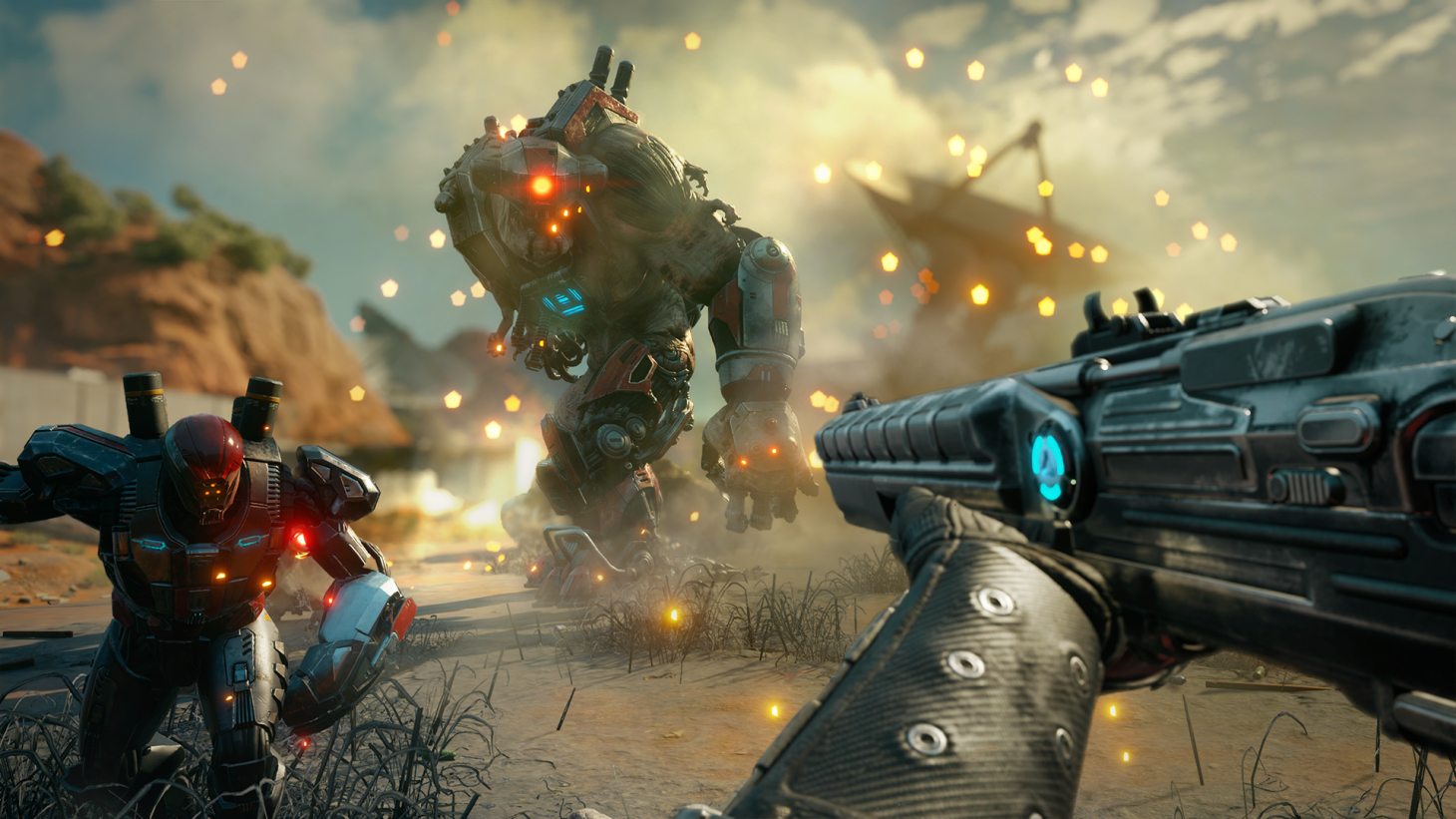 We recently had the chance to fly to Sweden to check out RAGE 2 at Avalanche studios and get a taste of the fruit the budding relationship between Avalanche and Id Software has borne. To say it plainly: we came away pretty impressed with what we played.

Here's what we liked most about our brief hands-on with this unexpected sequel. 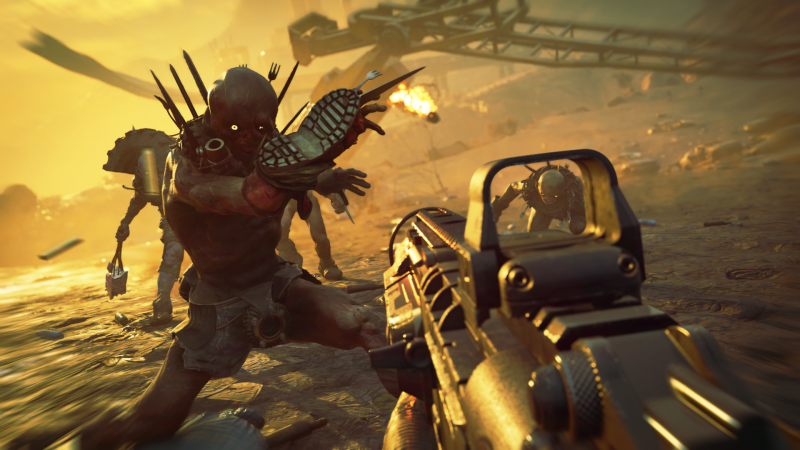 Rage 2 has a strong identity thanks to its combat
Cast aside the easy Borderlands comparisons. Rage 2's gunplay stands apart thanks to the strength of Id Software's classic combat. Shotgun blasts blow enemies across the yard and the powers at your disposal, like dashing or throwing enemies around with telekinetic blasts, make the action rhythmic and exhilarating. A surprisingly detailed dismemberment system as well as combo meter that lets you enter a near invulnerable state after you've killed enough enemies quickly also makes every combat encounter memorable in the most grisly way imaginable. 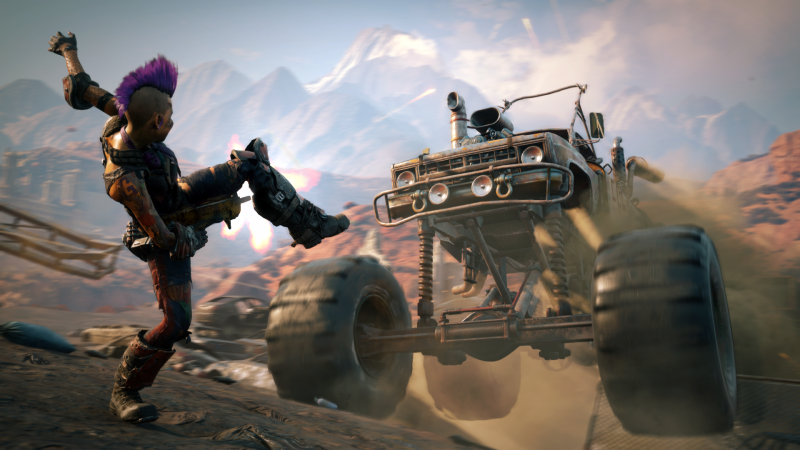 The music is the perfect complement for the wacky action
Andrew WK showed up at Bethesda's E3 conference for a memorable performance that opened the whole thing. However, let's not let this overshadow that Rage 2's soundtrack, or at least what we've heard of it while playing the demo, is pretty great, with wailing guitars and thumping beats that drives the intensity of combat. 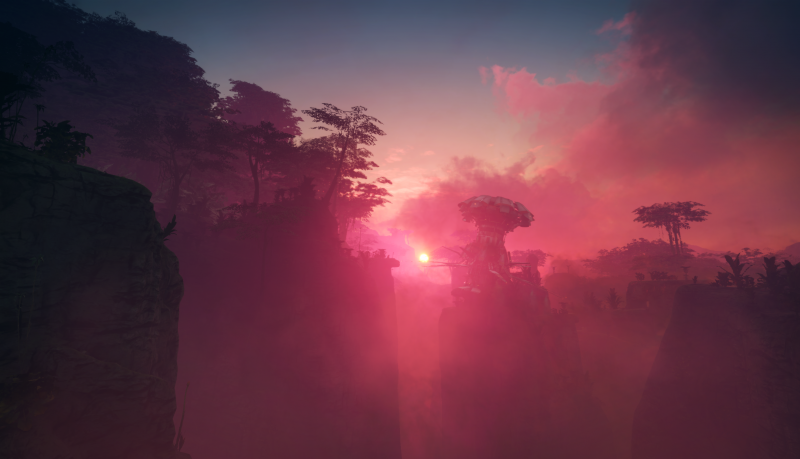 The environments are desolate and beautiful
A far cry from the dusty wasteland of Mad Max, the interiors and wrecked bases we saw in our demo left  a strong impression, cementing the idea that people had lived in these places at one time. The environments we saw in the demo footage were also varied, showcasing swamps, beautiful forests, and the dark depths of military complexes. 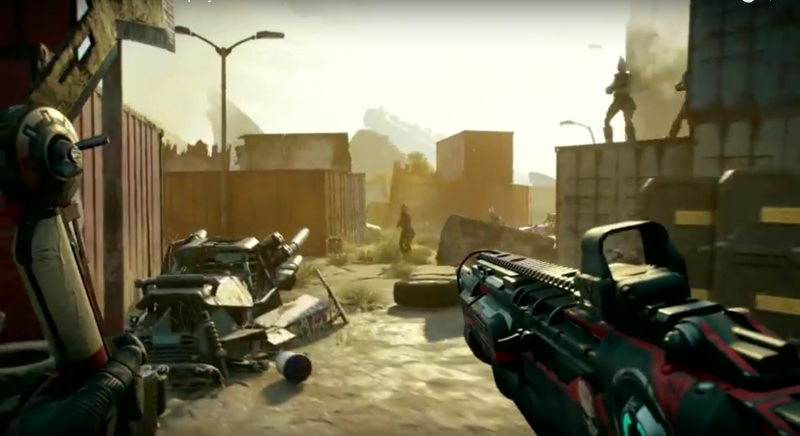 The wingstick is rad
The wingstick returns from the original Rage and is upgreadable, but even without functioning as an explosive boomerang the stick is enjoyable to use. I chuckled quite bit to myself watching as the Krull-like instrument of doom slapped foes in their silly faces repeatedly. 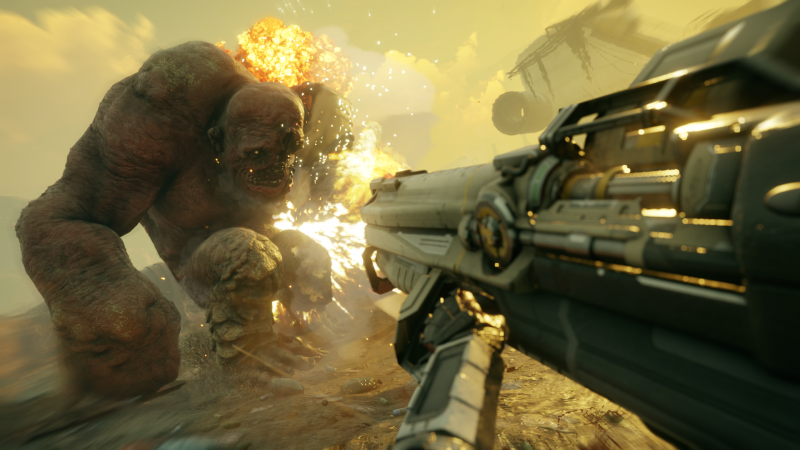 Enemy designs are great
If you're worried you're going to be spending the entirety of Rage 2 shooting bandits, don't be. The various monsters we came across in Rage 2 included disfigured cyborg flesh bots that shot lasers at us and had jumpjets as well as a giant mutant wearing a football helmet. Not only are these encounters wacky but each of them requires you to use different, strategic combinations of your powers to overcome foes.

There's still some things we're concerned about when it comes to Rage 2, namely that we haven't seen or played through any of the open-world segments, and that the writing we witnessed in the demo was subpar. However, at its core Rage 2 has a brilliant combat loop reminiscent of Bulletstorm and the  2016 version of Doom that puts bloody and wacky acrobatics first and is all the more memorable for that reason. We look forward to seeing how Rage 2 shapes up in development and hope that the open-world part of the game matches the promise of its close-quarters combat.