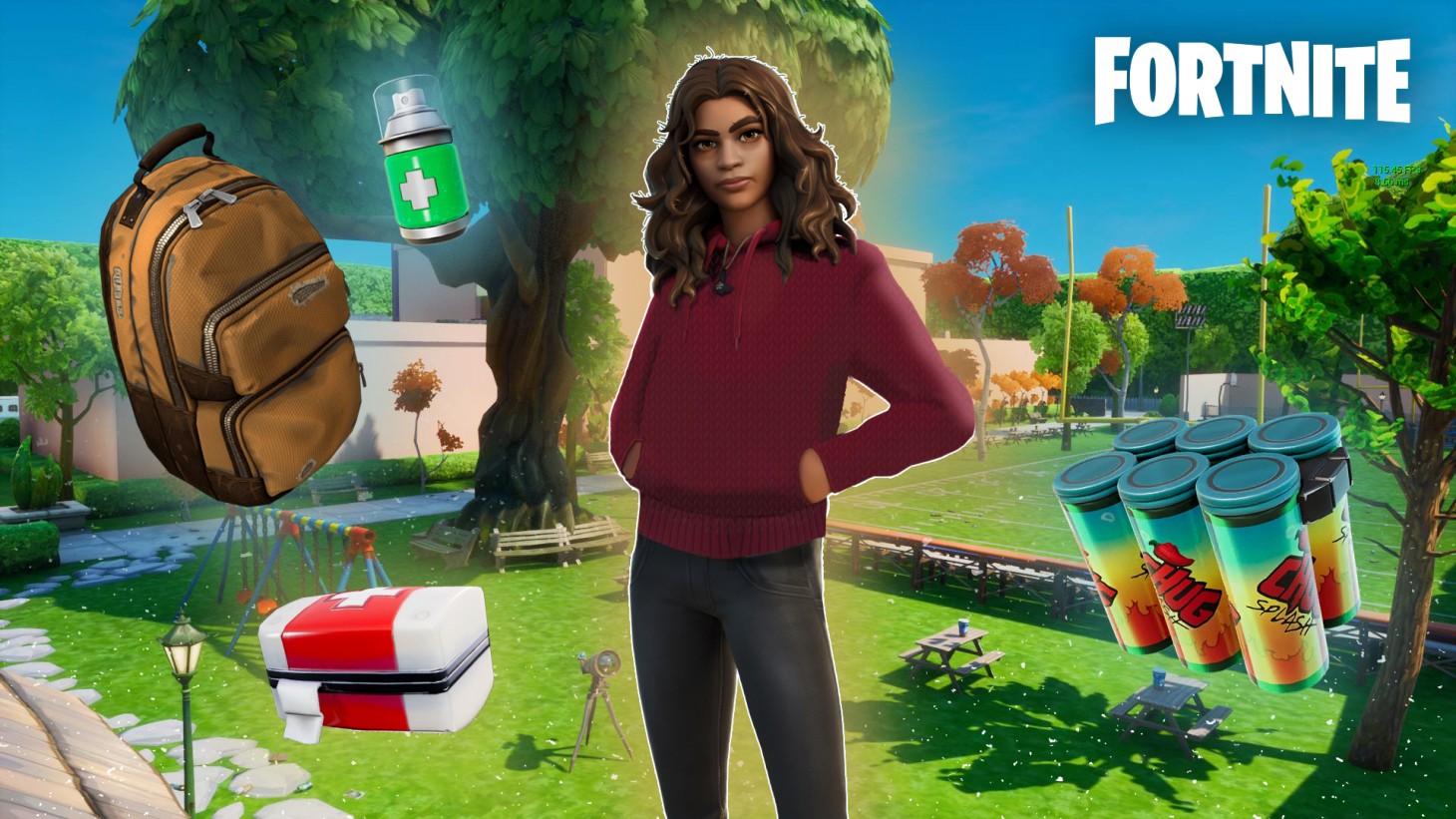 Announced today via a press release, Epic Games is partnering with HBO Max to promote a number of the streaming service's exclusive offerings – the first being the fictitious high school drama taking the internet by storm. The official Fortnite X Euphoria crossover event promises to introduce several exciting features to the battle royale, including unlockable emotes, weapon wraps, and of course, exclusive battle pass skins. Reprising her role as troubled-teen Rue Bennett, Zendaya returns to the Fortnite item shop only months after her debut as MJ in last year's Spider-Man: No Way Home event.

The featured skin can be purchased with 2,800 V-Bucks, the game's premium currency, and features Rue's iconic unkempt look. By completing in-game challenges, players can upgrade the avatar with the protagonist's maroon hoodie that hasn't been washed since the show's first season. Lastly, you can complete your look with Bennett's Back Bling, a torn-up backpack sure to be confiscated by Principal Hayes.

"We really wanted to bring the world of Euphoria to life in our game," says Creative Director Donald Mustard. Speaking about new map locations Moonlight Rollerway and East Highland High School, Mustard continues, "Our number one priority was to make these places feel authentic for fans of the show. Not only are the halls of East Highland crawling with hostile bully NPCs, but we also wanted to make these teenagers look nothing like real-life teenagers. No, these are fully-matured, aging adults. This is Euphoria, after all."

While fans across the world still debate whether the show's portrayal of American education is true-to-life, one thing's for sure: you don't want to be late to class when the Fortnite X Euphoria crossover event launches later next week!