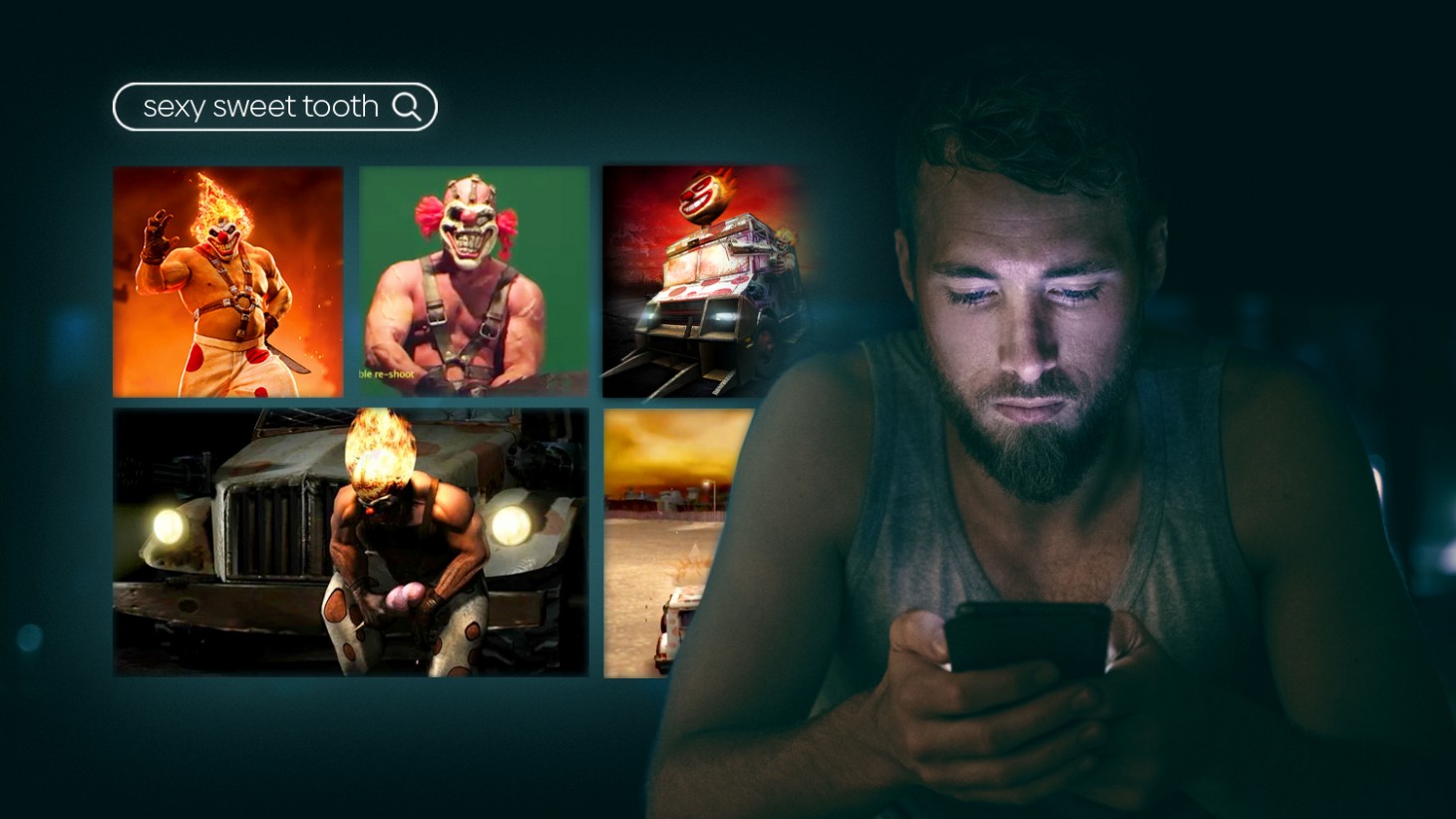 Game Infarcer: How Twisted Metal Black Helped Me Cope With My Divorce

My wife left me three weeks ago.

I was heartbroken, completely taken aback – it truly came as a surprise. How did I end up here? Why had she decided to leave me? I know she mentioned something a few weeks ago about me not being present or something like that, but I can’t seem to recall what she said. Regardless, life hasn’t been the same since.

There’s a flame that shines in this eternal darkness I now feel, though: the light of the fire that burns atop Needle Kane’s head in Twisted Metal Black. I’m trying to work through all the ways I failed as a partner in marriage, but it’s Twisted Metal Black that leaves me resting each night feeling like the day I had just lived through was better than the one before it.

I enjoyed my time behind the wheels of Raven, Dollface, and others, but it wasn’t until I felt the rumble of Needles Kane’s Sweet Tooth that I felt, for the first time in a long time, that I could move past my divorce and feel love in this world again.

The way Sweet Tooth twisted around corners in Midtown reminded me that sometimes, life requires detours and that’s all this divorce was. The way Sweet Tooth’s napalm missiles fired at other vehicles gave me hope that my passion for love could be reignited again. The way bullets ricocheted off Sweet Tooth’s windows, stained with runny soft serve, reminded me that I could be bulletproof through all that life throws at me.

Twisted Metal Black’s in-game tournament solidified the game’s most important lesson to me, though: make every moment count. You see, Calypso’s tournament promises the winner a single wish that will be granted by the host himself. Throughout my 273-hour journey in Twisted Metal Black, I came to the realization that this wish would be a defining moment in Kane’s life, should he come out on top. Whatever he wanted, he could have.

You see, I am not lucky enough to compete in Twisted Metal Black’s titular tournament. I will not be receiving a wish like Kane. Instead, I look to airplanes in the night sky for a wish I will never get. But if that airplane flies by one fateful night, I know exactly what I’ll wish for: No, not for a way to reverse the events that led to my divorce, but a chance to replay the masterpiece that is Twisted Metal Black.

My friends and family tell me I need to go to therapy. But I won’t do that. No, I’ll lay my head down once more to dream of Needles Kane, his ice cream truck Sweet Tooth, and the way he and Twisted Metal Black permanently changed my life for the better.

Wesley LeBlanc contributed to this article.