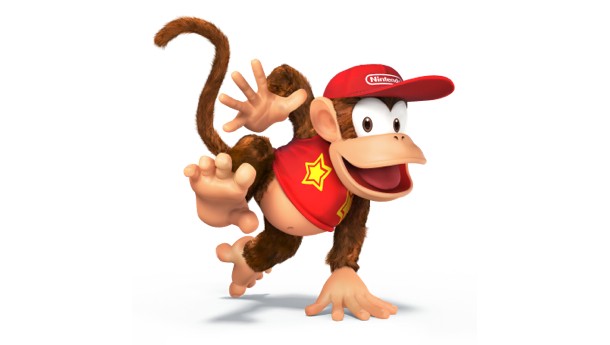 Diddy Kong is one of the smaller members of the Smash Bros. roster, but can take to the air with his rocket barrels. He also has peanut popguns and banana peels that can keep hit foes from a distance while keeping them from getting too close.

Super Smash Bros. for Wii U and 3DS are on track for a 2014 release. For more, check out the recent reveals of the Mother Brain assist trophy, Lucario, Zelda, the Skull Kid, Marth, Sonic, a redesigned Ray Gun, the 3DS Mii Plaza, and a male Wii Fit trainer.