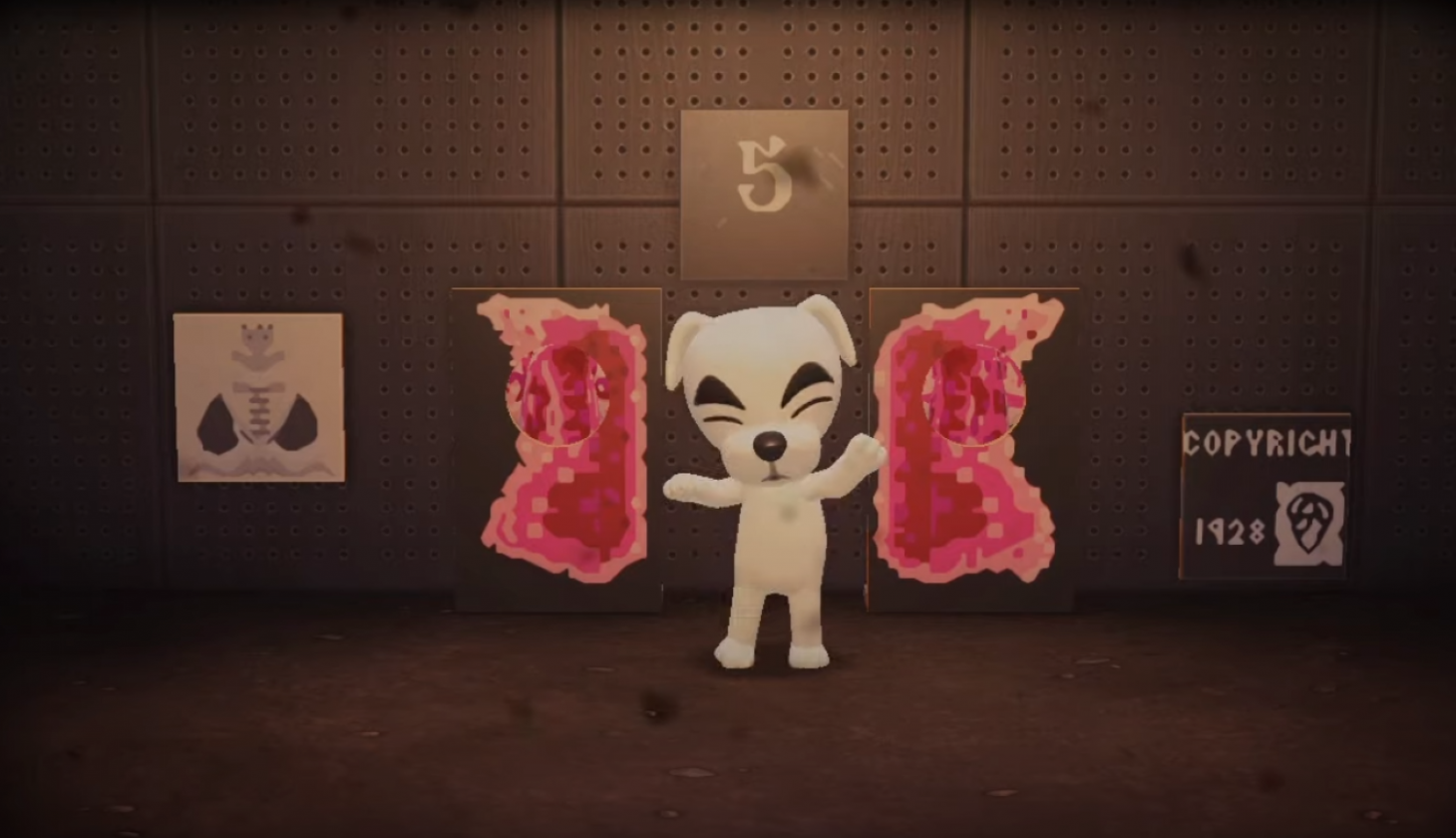 The cover was made by Jenn Welch and is a shot-by-shot remake of Nine Inch Nail's Closer song. If you're a fan like I am of Reznor's music, then you know what the lyrics to this are, so uh, it makes sense then that Welch would use a version of the song without lyrics, instead using vocal sounds from the game when bringing it into the realm of Animal Crossing:

I'm not going to lie, it's pretty perfect, especially when you compare it to the original music video for Closer. Is this the crossover I was expecting to see? Not even remotely, but I can tell you that I'm not even close to being mad at it.

Animal Crossing: New Horizons fans have made some pretty epic mashups in the past. We've seen that Agatha scene recreated from Wandavision, Rick & Morty has gotten its own crossover, and even an impressive Billie Elish cover can be seen. Don't even get us started on some of the more official crossovers, especially when Hello Kitty crashed the island scene. The sky is pretty much the limit here, but for music fans? This one is definitely top-tier.

What do you think about the worlds of Nine Inch Nails and Animal Crossing: New Horizons colliding? Spot on Closer recreation, or are you still stan'ing the original? Sound off with your thoughts in the comment section below!