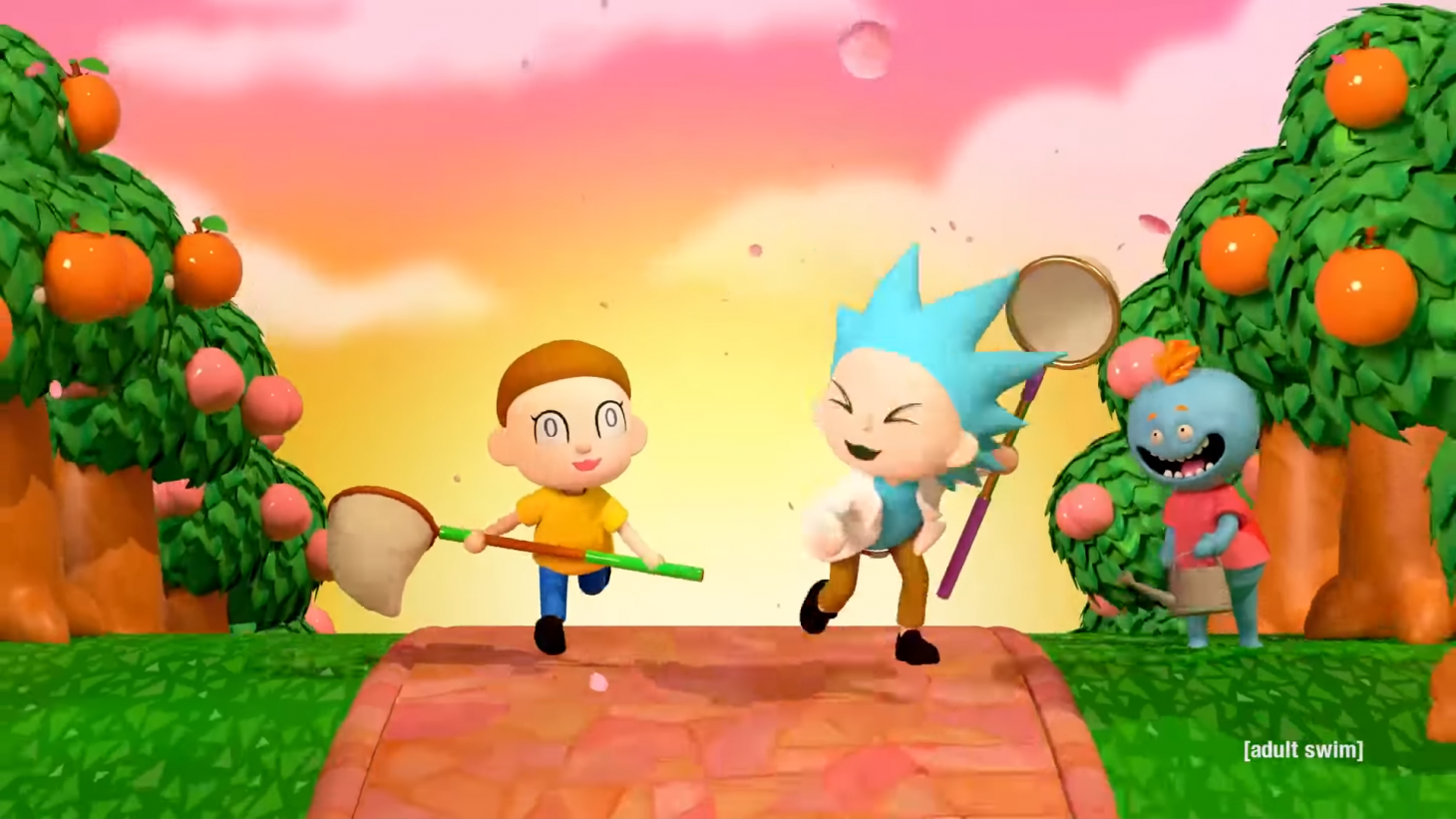 The below video is in stop-motion animation style and was made in homage to the one-year anniversary of the latest Animal Crossing game. Was this video needed? Nah. Is it cool? You bet your stop-motion tooshie. You can check out the crossover for yourself below for your own celebration of the ACNH anniversary:

The above video shows off the chaotic duo doing usual the Animal Crossing shenanigans. Catching butterflies, fishing, digging for fossils; everything is just a little bit better when Rick and Morty is involved.

While this is nothing official in terms of a new gaming update, wouldn't it be cool to see the Adult Swim show make its way into New Horizons as an actual in-game event? Just imagine if Nintendo went full-on Fortnite in terms of a surprising crossover, especially with a not-so-kid-friendly show like Rick and Morty. Pickle Rick costumes, mad scientist DIY recipes - the sky is the limit.

Talk about a shocker if this were ever to happen...

For now, however, the only Rick and Morty crossover we can enjoy is in the above Animal Crossing: New Horizons tribute video. What are your thoughts on the evolution of Animal Crossing since New Horizons' launch? If you could have your dream crossover into that game, what would it be? Sound off with your thoughts in the comment section below! Pickle Rick would want you to.