Here Are All Of Our Batman Video Game Reviews DC recently released the 1,000th issue of Detective Comics, which is a great excuse to look at the Dark Knight's mostly disappointing video game legacy.

With the impressive success of the Arkham series of Batman games, it's easy to forget that before the release of Batman: Arkham Asylum in 2009, pretty much all Batman games were absolutely terrible. Some Batman games were awarded the lowest scores this publication has ever seen. We gave Batman: Dark Tomorrow, for example, a 0.75. Things are generally great for the world's greatest detective today, but as the old idiom goes, those who forget the past are doomed to repeat it. With that in mind, let's take a look at all the Batman games Game Informer has given reviews. "If Batman Begins were trying to be the pinnacle of stealth action, combat racing, and iconic hero adventure, it hasn’t reached any of those heights. Instead it apes some of the most accessible and memorable parts from these genre’s greatest games (like Splinter Cell’s lock picking and Burnout’s takedowns) and merges them with interesting, if somewhat underdeveloped, ideas like instilling fear in one’s enemies. This certainly isn’t the smart, wry Batman game that fans have always wanted, but it is a pretty decent base to build off of. I, for one, hope that EA takes the intelligence and skill of its audience to heart and really delivers a Batman classic the next time around." – Lisa Mason

For more on the Batman Begins video game and its surprising influence on the Arkham games, head here.

"The charm of Lego blocks is exploring your creativity and building new things, so Traveler’s Tales’ habit of sticking to one formula stands in stark contrast to the entire LEGO philosophy. We’ve had fun with this series, but it’s time to dump the franchise out on the floor and start piecing it back into something new." – Ben Reeves

"The story behind this amazing Batman experience doesn’t evolve much from Joker taking over the Asylum, but it dishes out water cooler moments like they are going out of style. Some play off Batman’s insensitive side, others highlight the rogues’ ability to manipulate him, and a few are sprinkled in as tips of the hat to long-time ­comic ­readers. [...] Batman: Arkham Asylum is this year’s BioShock, not just from the connection established with the world, but from its ability to innovate where new ideas are needed, and moreover, deliver an adventure unlike any other." – Andrew Reiner "Arkham City not only lives up to the standards set by Arkham Asylum, it bests its predecessor in every way and stands tall as one of Batman’s greatest moments in gaming." – Andrew Reiner 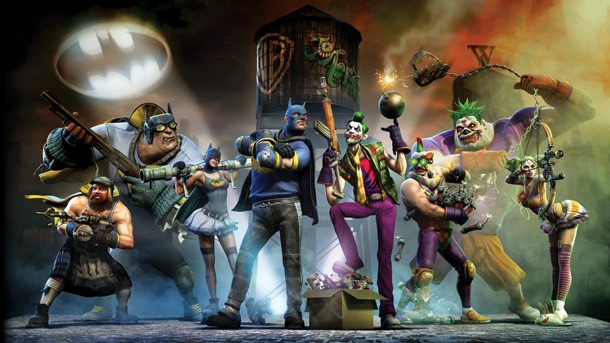 "FPS fans that have tired of the typical shooter formula should find plenty to like about this high-flying, slapstick-heavy download." – Dan Ryckert

"Traveller’s Tales took some chances with Lego Batman 2. The addition of spoken dialogue paid off well, and I hope it becomes a standard for all of this developer’s games moving forward. Transferring the classic Lego gameplay into a vast overworld is also a success, but the redundancy in secret solutions in this play space hurts the experience, almost turning it into a mundane collect-a-thon. Thankfully, the classic Lego gameplay dominates the main game, making Lego Batman 2 another goofy brick-building blast to play." – Andrew Reiner

"Batman: Arkham Origins delivers more of what made Rocksteady's games great, but doesn't break new ground. Like a youthful Bruce Wayne, it isn’t as crafty, and it takes its dings during combat, but still puts on a hell of a show when it needs to. Once Joker steps into the spotlight, it becomes a hard game to put down." – Andrew Reiner "When Batman: Arkham Origins Blackgate is at its best, exploration is slow-moving and tedious, yet you’re making progress. At its worst, trekking through Blackgate is a punishing process of backtracking to find a needle in a haystack. It can be oddly fulfilling in that “The trauma of being lost has finally ended!” kind of way, but outside of the boss battles, it rarely delivers moments that live up to the legacy of this franchise or the Metroidvania style of games. It’s one of those experiences that falls apart as it unfolds." – Andrew Reiner

"Although celebrities overstay their welcome, and some of the bonus content can be a hassle to track down, Traveller’s Tales crafted another solid super hero adventure in Lego Batman 3: Beyond Gotham. Next time, I’d like to see more screen time given to the heroes, and less to a talk show host who isn’t even good at video games." – Andrew Reiner

"At the end of it all, Batman: Arkham Knight delivers a great sense of closure for this series. Rocksteady leaves a few plot threads dangling to tease and taunt us, but the grim tale that started all the way back in Arkham Asylum is done. I walked away from Arkham Knight shocked, satisfied, and in dire need of someone to discuss the story with. Rocksteady built a special experience that dazzles with its cleverness, intelligence, and ability to shift from kick-ass Batman moments to emotional gut punches to scenes stripped straight from some of Batman's greatest comic book stories. Lock yourself away, avoid social media and friends, and finish this game. You won't want this one spoiled for you." – Andrew Reiner

"Predictable, often boring, and finishing off with an abrupt ending – this episode disappointed me in many ways. However, I was also drawn in by the tragic relationships that arise out of Bruce’s dual lives as a billionaire and the Caped Crusader. Even though City of Light doesn’t make that the focal point of the episode (as the best episodes in the series have done), it still gives those elements enough time to make the experience entertaining. I won’t spoil anything, but the ending is strong enough that I hope Telltale takes another shot at the Bat and builds something off this sturdy foundation." - Andrew Reiner 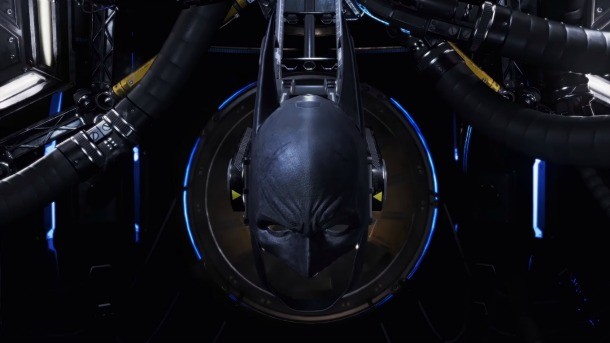 "Yes, Batman: Arkham VR smacks of a proof-of-concept demo for VR, but even so, it’s a nice treat for Batman fans, and one of those experiences that you’ll want more of." – Andrew Reiner

"Despite a flawed start, The Enemy Within emerges as one of Telltale’s best series and one of my favorite narrative-focused games in years. It goes all-in on allowing players to shape the intricacies of Joker and Bruce’s relationship, and it pays off marvelously. As the game sped toward its memorable and beautiful conclusion(s), I couldn’t help but just think how smart the series was, manipulating my emotions much in the same way I had manipulated John. As the credits rolled on my second playthrough, I still felt a lingering desire to dive back in from the beginning, not to see if any of new choices would dramatically shift the story but instead to experience this powerfully told story one last time." - Javy Gwaltney

Bonus: We don't have a review of Batman Returns on SNES, but we did play it on an episode of Replay.