Full-fledged multiplayer FPS experiences have typically been confined to retail releases, with a few downloadable exceptions such as Section 8: Prejudice. With Gotham City Impostors, the team at Monolith has developed a solid shooter experience that draws on elements from genre favorites, while still adding enough unique features to make it a recommended download.

Outside of a training sequence and a collection of single-player trials, this is a strictly multiplayer experience. Batman and the Joker are nowhere to be found in this vision of Gotham; instead there are two feuding teams of wannabes that go by The Batz and The Jokerz. Three online modes are available: Team Deathmatch, Fumigation (a variation of Call of Duty’s Domination mode), and Psych Warfare (a version of Sabotage). While the modes themselves aren’t particularly unique, the weapons, gadgets, and characters add a fun twist to the proceedings.

Mobility in many modern shooters is limited to jumping, sprinting, crouching, and going prone. Gotham City Impostors adds a comic-book sensibility to the action by giving players access to grappling hooks, spring boots, roller skates, glider rigs, double-jumps, and more. You won’t have to worry about looking for a staircase or ladder to change your elevation, as a nearby trampoline or well-placed grappling hook shot will help you get around the map with ease. If you have the glider rig equipped, it’s a blast to fly into the air (via one of the numerous air vents) and swoop down fist-first into an unsuspecting enemy’s face.

Customization plays a huge role in online play, and Impostors has clearly taken some cues from Call of Duty in this regard (not that they’re anywhere near the first FPS to do so). As you rank up, you’ll unlock Fun Facts (perks), weapon mods, custom classes, new costume elements, and plenty more. XP is earned throughout every multiplayer round, and you can also gun for bonuses from action and weapon-specific challenges.

While some gamers may be turned off by the hundreds of dollars worth of day-one DLC, I felt that the $15 download easily offered a full experience on its own. The large majority of DLC is cosmetic, except for the ability to purchase double-XP time for yourself or your team. It’s hard to argue the value included with this title, as it contains a substantial shooter experience, unique weapons and gadgets, and more than enough incentive to keep playing. FPS fans that have tired of the typical shooter formula should find plenty to like about this high-flying, slapstick-heavy download. 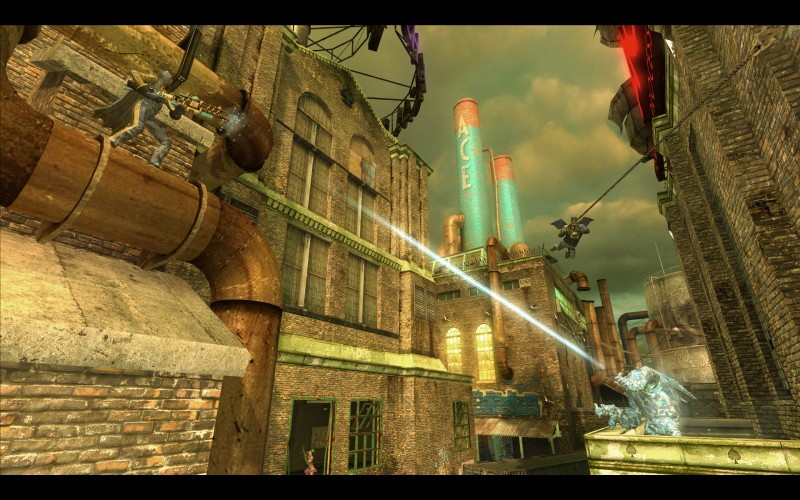 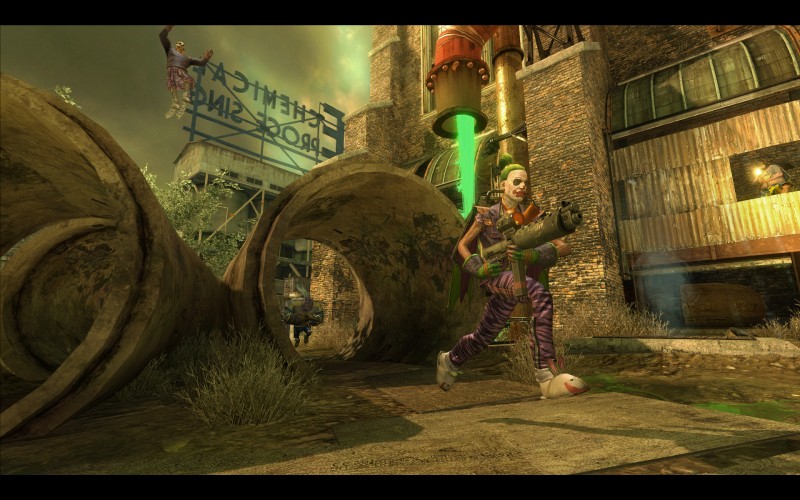 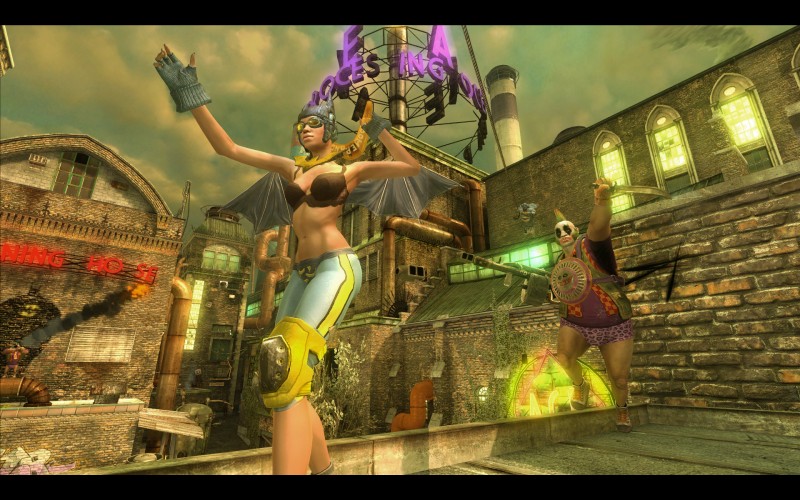 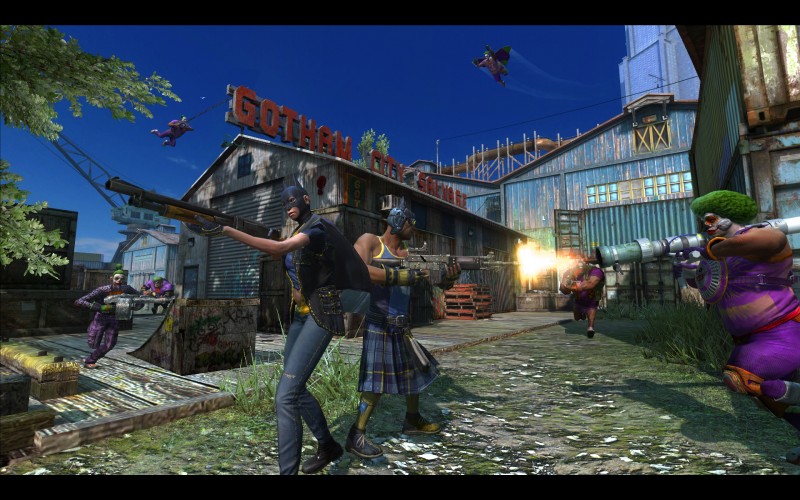 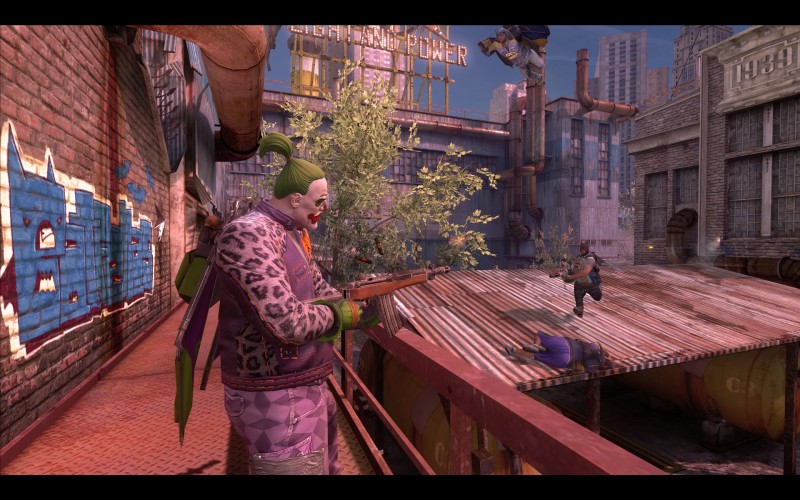 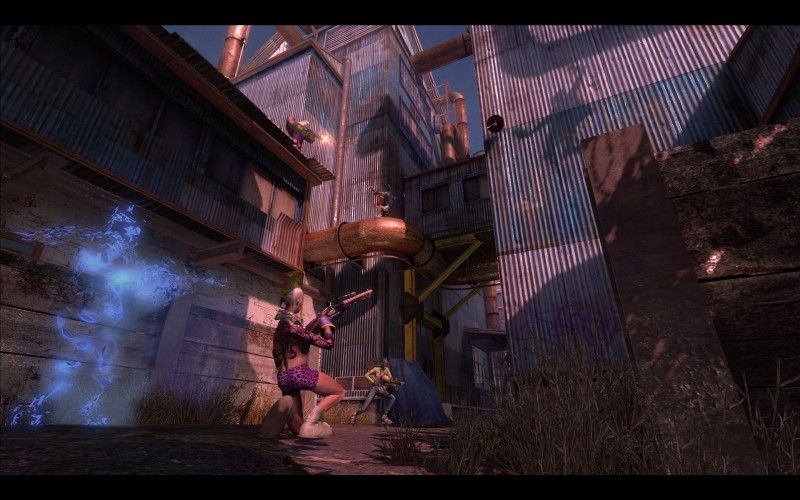 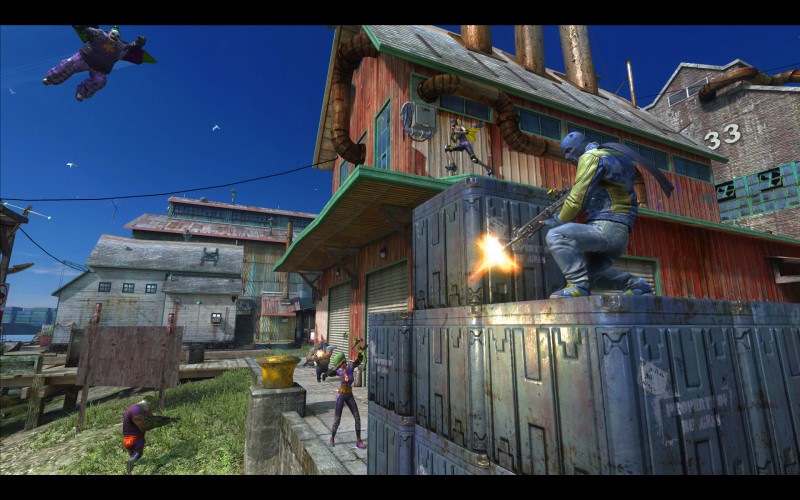 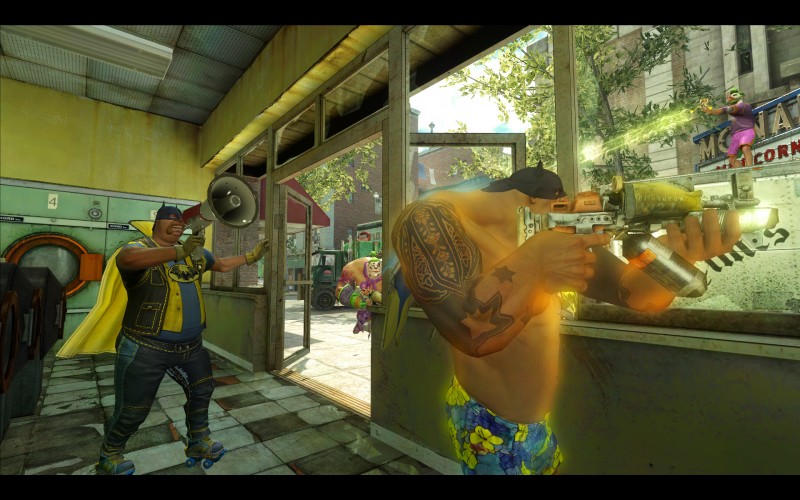 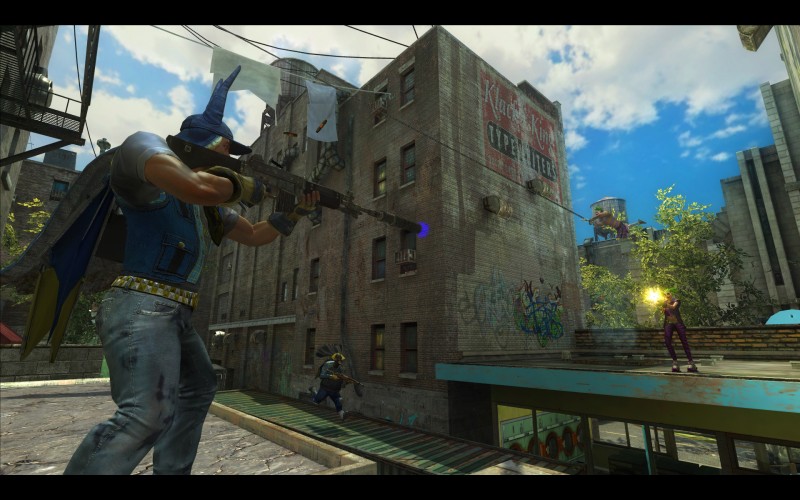 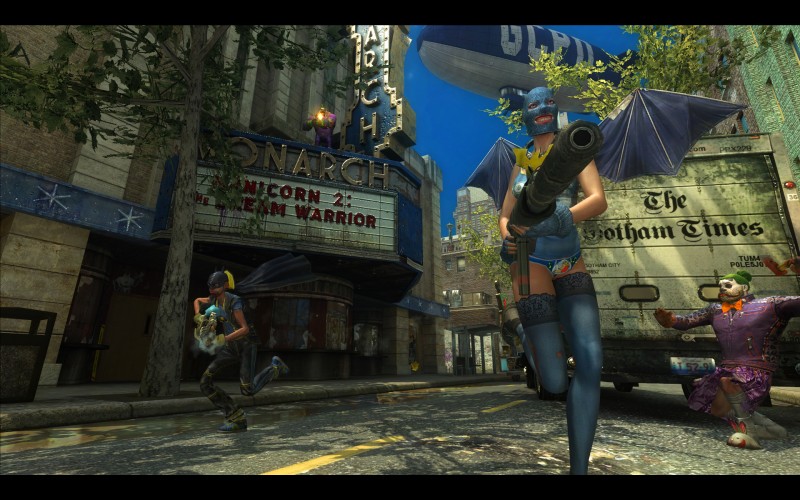 8
About Game Informer's review system
Concept
Take frequently used elements of the genre and place them in the comic-book world of Batman and the Joker
Graphics
Exaggerated Team Fortress-like characters fit right in with the Gotham-based maps
Sound
There are some recycled lines, but the quips do a good job of reflecting the game’s comic roots
Playability
Everything from shooting to gliding and skating around the maps feels great
Entertainment
The wacky gadgets, impressive customization, and fast-paced multiplayer make it well worth the download
Replay
Moderately High 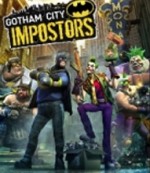