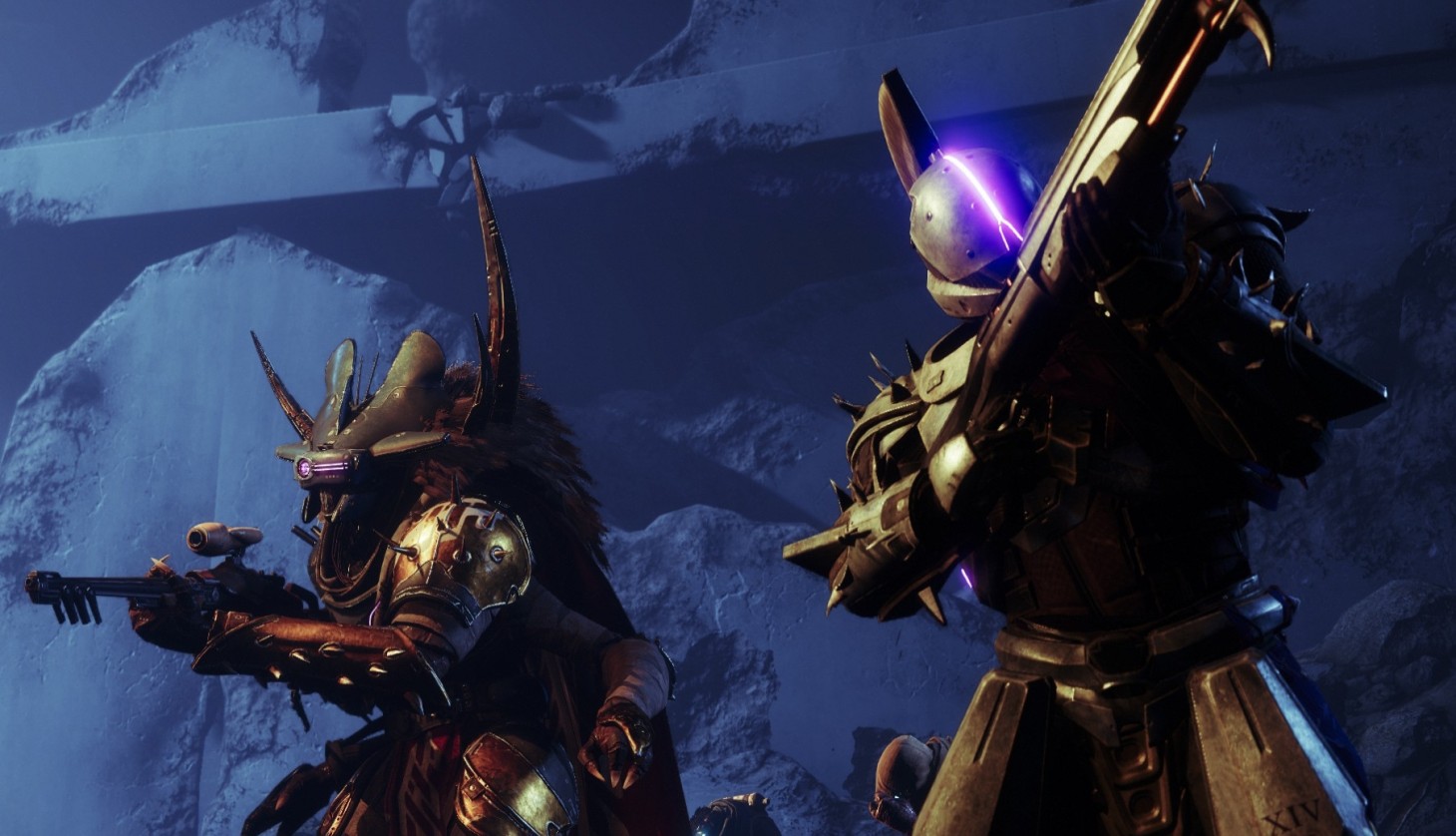 Destiny 2 Season Of The Splicer's Conclusion Is A Perfect Picture Of Duality, Pain, And New Beginnings

Destiny 2's Season of the Splicer has finally reached its end, and not only did it bring chills and tears, but it also brings hope for the franchise's future. The latest season did more than bring new game aspects into the shooter, such as the Expunge and Override events, transmog, and much-needed Stasis tweaks in PvP. It also continued what Season of the Chosen beautifully laid out: a story that transformed the online adventure's weaknesses into strengths and provided Guardians with a tale that has as many twists as it does heartbreaks.

Warning: Massive spoilers lay ahead for the Splicer epilogue, so I recommend not reading past this point if you have not played it yet.

We've previously talked about the quiet strength of The Crow in this season and the feels-heavy turning point in the current season's narrative concerning a certain Saint-14. Still, the epilogue of Splicer truly did the story justice while expertly teasing a tumultuous time ahead with the upcoming Witch Queen expansion. But like in my earlier deep dive about Saint's awakening, I can't help but be in awe of where the game is now despite its rough launch and vaulting of half of its content. On paper, that should be a pretty massive nail in Destiny 2's coffin, but instead, it has been a rebirth that makes me more excited than I have ever been about what's next.

If you've followed literally any of my news coverage about the game this season, you know I've been mad suspicious about Osiris, and the epilogue vindicated my suspicions. But first, let's go back a little for some background information: For those who are still here and haven't worked their way through the latest season yet, Splicer centers around the Fallen and hacking the Vex network. When humans offered shelter to House Light Fallen within the Last City, Lakshmi-2, the leader of Future War Cult, couldn't let go of prejudices and her own suspicions. She thinks that bringing the Fallen into the fold will result in disaster, a calamity purposefully perpetuated by the displaced Fallen. It's been exciting hearing her back and forth. Saint-14, the lover of Osiris, initially echoed her suspicion. Still, Osiris' compassion and desire to do good in the world, as well as Saint's own interaction within the Last City, offered a chance for him to open up his worldview and put him on the path of letting go of his ignorance. After speaking with Mithrax throughout the season and learning how Guardians are monsters to them like the Fallen are to the Guardians, the characters reached an understanding in a moment of honesty and vulnerability. Unfortunately, FWC's leader wasn't swayed, and she paid the ultimate price.

Earlier in the season, Minthrax spoke to Osiris' lover and told him the Eliksni tale of "The Saint," a Guardian that killed swaths of Fallen, even children, with no mercy and of the fear that the name brought to his people, we saw a different side to our own people. We saw the hidden nature that everyone has within them: the potential to be the villain, despite intentions. The potential to be wrong. Honestly, the way this entire interaction went down was incredibly raw and made my heart clench much in the same way that Season of the Chosen did. Seeing Saint murder with abandon, seeing how the Fallen perceived that act of violence, only further humanized this species within the Destiny universe. While Saint himself did not respond immediately, the scene sets up the story's future in a breathtaking manner. An evolution that, when paired with the fact that many important NPCs in the Last City are hearing Savathun's song, made me feel that we - as Guardians - were screwed beyond compare. After the epilogue, I'm now convinced I was completely right.

The ending of Splicer saw one more adventure into the Override event, this time following a broadcast where Lakshmi declared that the Future War Cult herded the Fallen in the City to take them out once and for all. And - plot twist - Osiris helped her. The end of the broadcast cut off abruptly with Saint's cry out, leading our Guardians out into battle once more. Like the parallel witnessed at the end of Season of the Chosen, another parallel can be seen here. In the talk seen between Minthrax and Saint earlier in the season about Saint's past with the Fallen, he can be seen standing over an Eliksni and readying the final kill shot. In the epilogue, the same positioning can be seen with Saint-14 and another Fallen, but instead of a weapon, he offers his hand in help instead. When Minthrax tried to get Saint to see it was a losing battle to get him to safety, the Titan proudly declared that "You are my people" and stood firm.

When I say this moment made me cry and gave me chills, I'm not kidding. As humans, we've all had those moments of gut-punching growth where it feels like our entire world has been ripped out from beneath our feet, only to realize later that where we landed is a much better place than where we were before. That's growth, that life. Seeing Saint's own growth, his acceptance of change at becoming his higher self is inspiring. It's relatable. The ongoing narrative of Splicer, much like Chosen, even spaced out the story in a way that fit the live-service formula, providing meaning to the grind and the new events. And don't even talk to me about the later Expunge missions where Savathun is directly talking to us. Not our Guardian, but us the player. If you're interested in my tinfoil hat conspiracy theories about that one, I dove into that here.

As a bonus, we got to see Holiday, Zavala, and Ikora all kick all of the ass alongside one another once more, and it was epic. Ikora's smirk when she let out her inner fighter was nothing short of perfect, and seeing Holiday sight down her weapon with the skill that we all know she has? Beautiful.

The epilogue wasn't just a moment of growth and a heartwarming display of rediscovering compassion. We know this is going nowhere good with Savathun walking freely in the City. That foreboding sense of what's next increased tenfold when Osiris can be seen overlooking the battle, even as Saint's fear is heard over not being able to find his partner. When I saw the calm look on Osiris' face, a character known for his kindness and benevolence, my heart sank deep into my belly, and I just knew. I know my theory has to be correct: he has to be who Savathun is hiding within. While that's not confirmed at this time, I can't shake the feeling that this is what the next season will center on. Savathun's disguise will be revealed, but what happens then? Can we find the real Osiris? Is he dead? Or, am I wrong, and it's someone else entirely? That remains to be seen, but we know that Bungie is hosting a special showcase on August 24 that promises to reveal all.