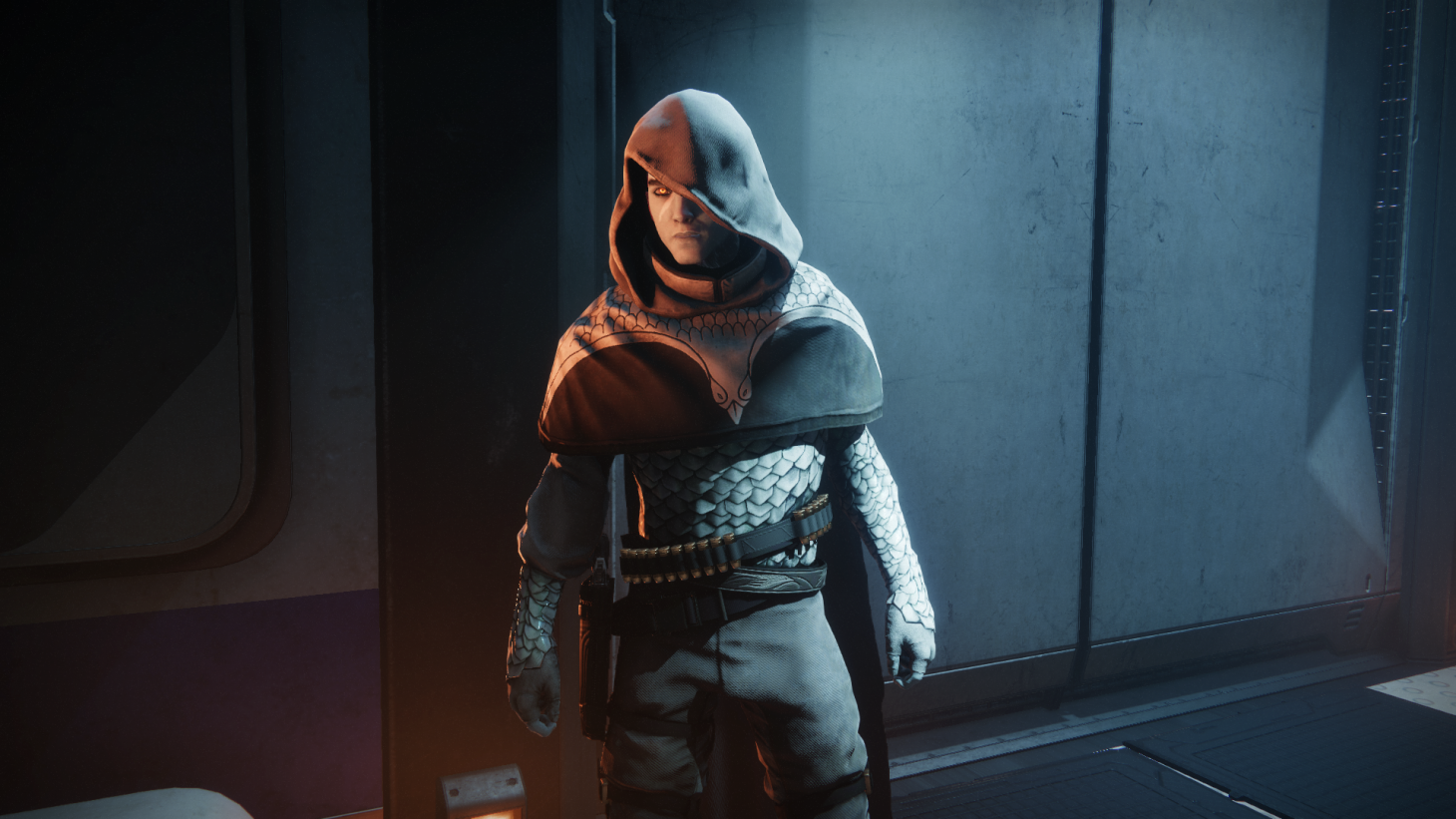 The Quiet Strength Of The Crow In Destiny 2: Season Of The Splicer

From Uldren to the Crow, this isn't the first time we've reflected on the reincarnation of Cayde-6's killer, and it won't be the last, but as the current season's story careens towards its close, we can't help but to reflect on something truly beautiful about this character. Back in March during Destiny 2's Season of the Chosen, I wrote a lengthy feature about how I hated Bungie for making me love this character as much as I did. I'm sad to report that my love has only grown stronger and is bordering on character study obsession. Them's the breaks, but I am happy to see that the trajectory I spoke of is relevant to The Crow's current standing. This week's mission for Season of the Splicer has only solidified him as one of the most humbly strong characters in the current Destiny 2 universe.

The Crow was a center point in Season of the Chosen - the season that proceeded what's going on now with Splicer. There is one moment during a quest in the previous season where you happen upon alternate sleeping quarters for The Crow and it becomes a quiet conversation between him and the player. The room is sparse with a cheap sleeping bag as a bed and small mementos to call his own. It's here that The Crow states that he needed this place away from Spider and that's it's not a lot, but it's his. This is also another opportunity where he acknowledges that he must remain hidden from the public view because anyone he meets despises him for the actions of Uldren. It's honestly heart-shattering, and I wasn't expecting to feel so deeply for him when I hated Uldren with everything I had.

It's possible that I may be too sensitive, but I remember those moments in high school or social events where some people already decided that they hated me without knowing me. Whether it was because of hearsay or just clique goodness is a little irrelevant, I just remember feeling that desolation and deep-rooted sadness over having my entire character, as a person, wiped away because of misconceptions. Projecting my own issues onto video game characters is nothing new for me; I love getting so immersed in a story where that becomes my reality for a few hours, so seeing this projection with The Crow wasn't surprising to me. But his voice actor did a phenomenal job at portraying quiet acceptance over his new reality, acceptance over past deeds that he can't even remember, and acceptance regarding the future ahead.

In Season of the Splicer, he has far fewer voice lines than in Chosen, but I would argue an even bigger impact. It is with this season that I'm starting to realize the quiet strength that Crow has, a strength that is helping me to love this character and love parts within myself. I want to make things better. In gaming, the world, but I'm not loud like many are, and loud - sometimes - is good. I'm quiet when I need to be, a brute other times when necessary, but I'm always watching, always weighing how I can make even the smallest impact to make things better. Whether that's in friendships, in the industry I work in, the world as we know it? Even as simple as just making someone smile that I can see is struggling. A lot of that stems from just my own struggles. I disassociate more than not because every day I struggle with just ... being here. Being alive, being functioning. Moving, walking, talking. A lot of times, that dissociation can come off as cold, or callous. Or, it can cause me to throw myself into projects to keep my mind focused on just the next breath, which - of course - backfires spectacularly by pushing those around me away. But, the show goes on. You still have to get up, pay the bills, do what's expected. And there's a strength in that, I feel, despite the overt struggles and standardized weakness.

With Crow, he doesn't remember the actions of Uldren, but he accepts the consequences of the actions done by him. He knows the place that society around him has put him in and he respects that place. He does. But he also knows when he has something of value to contribute. During an early weekly story quest, Crow can be heard on a transmission talking to Saint-14 about the raid on the Eliksni camp. He expresses, quietly, his desire to help and even peppers in the language of the Fallen because "I thought you should know." His voice was muted, but underlying that quiet nature is a fierceness, a desire to do good for no other reason than the fact that it's the right thing to do. He doesn't care about the glory or about the world seeing his deeds, he wants to do good because that's our humanity: our empathy, our compassion, our innate childlike desire to learn and grow.

It was in that moment that it really hit me how powerful Crow is. He's kind, but not weak. He's quiet, but not silent. That humble strength is inspiring and something I aim to strive for every day. And serious kudos to Bungie, because walking that knife's edge of humble and strong is a rough one to walk and it's a testament to both the writing team and the character's voice actor - Brandon O'Neill - that they've done it so well.

Uldren's arc was interesting in and of itself with his descent into world-altering rage and sadness but his ascension into a person free of expectations, free of familial bonds, free of a life drenched in lies and subterfuge is equally appealing. While I knew that I was going to be interested in how Bungie was going to pivot this character in the eyes of so many that loved Cayde, both in-game and out, I didn't expect the creeping love to develop regarding who he could be. I have to hand it to Bungie; killing Cayde was a risky move and one that many, at the time, heralded as the "final nail in the coffin" for the sequel. Seeing this feedback and doing it anyway, Bungie made a gamble that has paid off tenfold. Where we go next from here is anyone's guess. With Crow hearing the song, many expect him to become the Dark Horse, a herald of doom and gloom, but I think this quiet strength being shared with the community could mean the opposite. He's stronger than we are giving him credit for; than the people in the Tower are giving him credit for. He could be the light we need, both in the story, and re-learning what it means to be human in a digital age where loudness and getting a hot take out first becomes the priority.

Or maybe I'm just off my rocker, that's always possible too. I don't know, what do you think? Am I oversimplifying his character? Reading too much into it? Sound off with your thoughts in the comment section below.