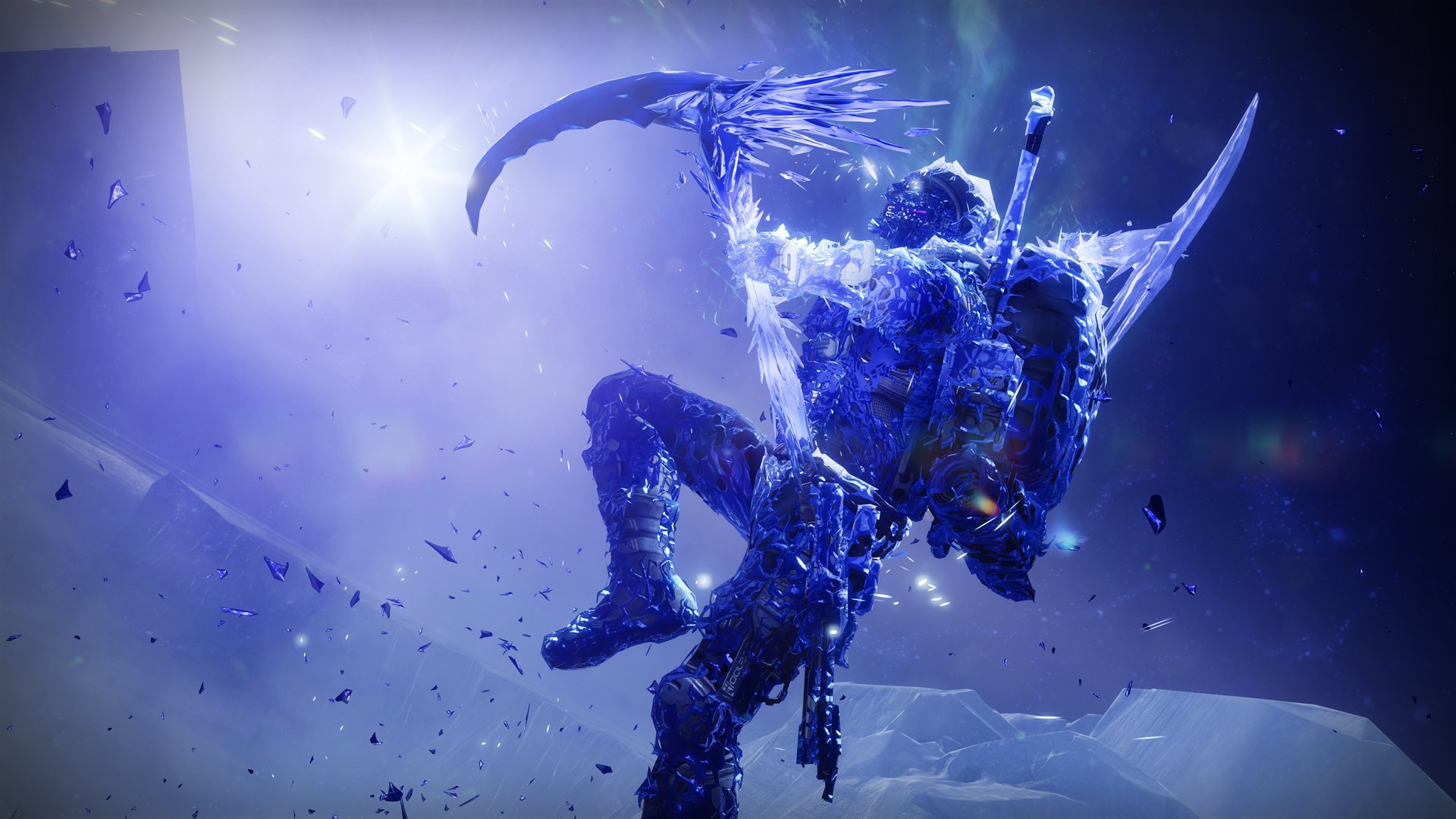 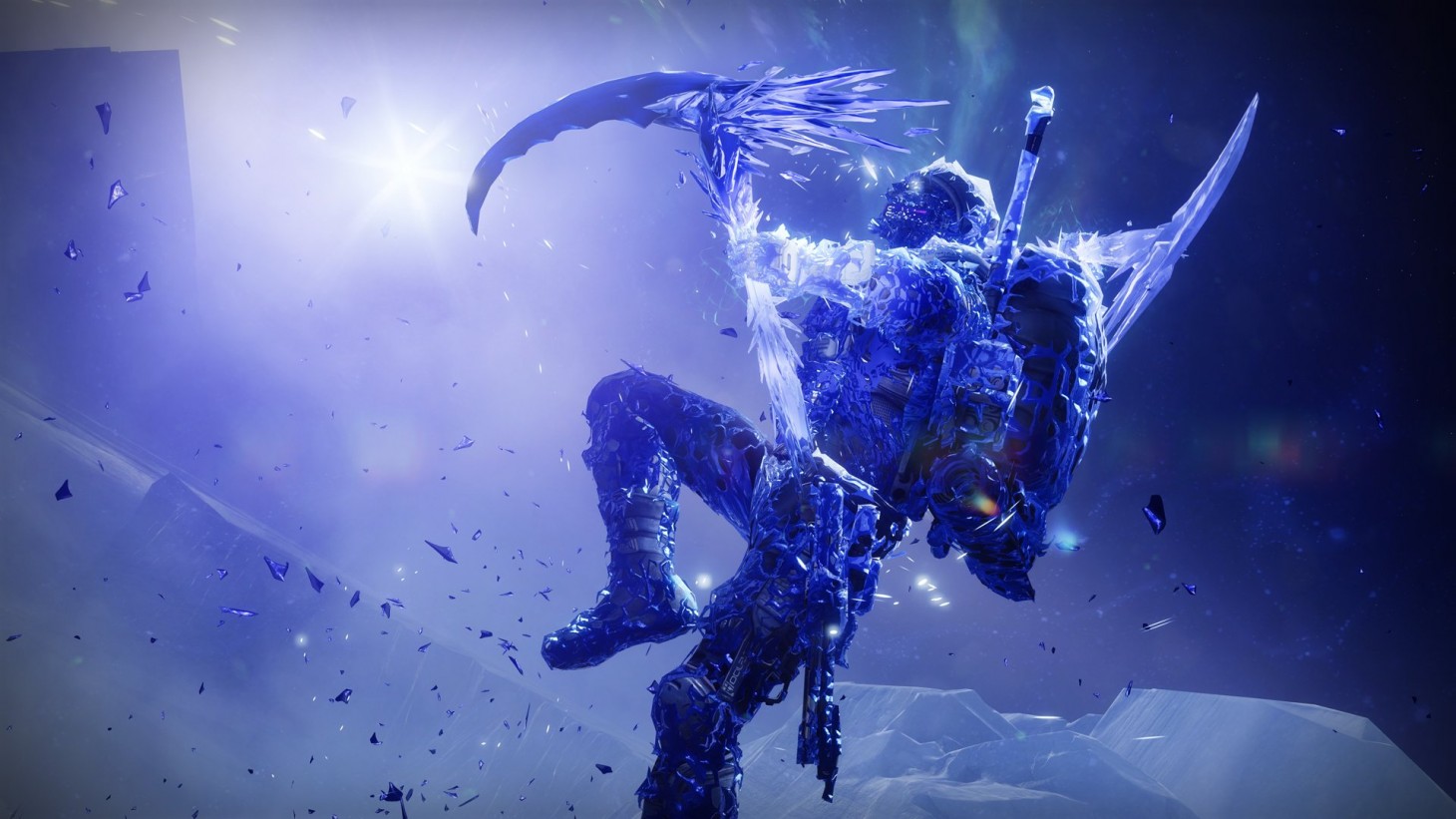 Destiny 2: Season of the Splicer brings with it transmog, the epic return of Vault of Glass, Expunge, and more. It is also bringing much-needed Stasis changes, an ability introduced with Beyond Light that has the Destiny community divided, doubly so on the PvP side of things. In a recent blog post from Bungie, the studio has outlined some upcoming changes to this subclass and what that means for Guardians going forward.

Sandbox lead Kevin Yanes took the reigns during this week's update to talk about Stasis changes that Guardians have ahead. The main focus of the latest Statsis heads up concerns the state of PvP. There has been a lot of feedback regarding the addition of PvP. While I personally love the additional challenge in Crucible, despite hating getting frozen, I do understand the frustration. It is incredibly unbalanced, especially for those playing comp. With the lack of new Crucible maps and the perceived lack of meaningful updates to the PvP experience, it's understandable why the Guardian versus Guardian aspect of Destiny 2 has found itself under a bright spotlight.

"It’s clear the vision we had for crowd control in PvE is succeeding and players are finding it both useful and fun," said Yanes in the most recent blog post. "We love how Stasis plays in PvE and we want to preserve that experience, but we agree with many in the PvP community who say that Stasis is too dominant in the Crucible for too little effort or skill required."

He continued on, saying that the feedback has been crucial and that the team is preparing to roll out some new changes based on community insight. Working hard to "reel in this great new power," Bungie is making a few vital tweaks to make Crucible more fun and blanaced.

"Stasis and crowd control are key components of the Destiny combat sandbox - they're not going anywhere, meaning it’s up to us to ensure Stasis plays well across all activities, regardless of skill level," he added. "What you’ll find detailed in this TWAB is a series of changes we believe will more evenly position Stasis alongside Void, Solar, and Arc subclasses as an equal option rather than the dominant one, while retaining what is fun about the ability set."

The dev continues saying that since Forsaken, the team recognizes why players feel that gunplay has "taken a backseat" and because of that, Bungie will be focusing more on weapons going forward. Since Crucible is an excellent combination of subclass power and weaponry, the balance is a hard, thin line to tread, but one the studio is committed to regardless.

Yanes mentioned that the changes going forward implement a few key pillars of the studio's creative vision going into PvP, including weapons as a primary focus, non-super abilities acting as an enhancement to combat, abilities with clear-cut strengths, weakness and counters, and rewards. All in all, the gist of the latest update is that Bungie has heard players and it is shifting its focus back onto gunplay; the core pillar.

Combat designer Eric Smith added that Bungie had some planned changes for Season 15 with a substantial subclass balance patch, but feedback has prompted for some of those changes to arrive sooner rather than later. For Hotfix 3.2.0.3 (June 3), the below changes can be expected:

Looking at recent gameplay data, the Behemoth generally has the highest win rate of any subclass in most 6v6 game modes and is also among the strongest in 3v3 modes. In Trials of Osiris matches, for example, only top-tree Dawnblade has a higher win rate. We’ve taken these strengths into account when balancing the Behemoth’s abilities. Between Shiver Strike and Cryoclasm, the Behemoth has incredibly high mobility, making targeting the Behemoth frustrating for controller players in particular. We’ve taken steps to make the Behemoth more targetable while moving, which should hopefully alleviate some of this frustration.

Howl of the Storm

The Revenant’s Crucible win rate, kills per minute, and average efficiency is generally within the top six of all subclass trees, but its usage rate is incredibly high. In Trials of Osiris matches, it has the fifth-highest win rate of any subclass tree, but is used by a whopping 36% of Trials players. This high usage means players fall victim to its abilities more often, multiplying the frustration of being slowed by Withering Blade and Winter’s Shroud. We hope that the changes we’ve made to being slowed, paired with the adjustments to the Revenant’s abilities, make this experience better.

The Shadebinder’s Crucible performance is generally within the top ten of all subclass trees. In Trials of Osiris matches, it had the 9th highest win rate of all subclass trees. (BTW - I’m pulling all this data from the weekend of 5/14/21, but it generally doesn’t deviate much between weekends. VOG launch weekend shook things up a bit though.) While the Shadebinder may not be the most powerful in competitive play, being frozen by its abilities takes a large emotional toll on the victim. We’ve adjusted Penumbral Blast to require more accuracy vs. players in order to turn this ability into more of a skill shot given its powerful effects.

To learn more, you can check out the full Bungie blog post here.