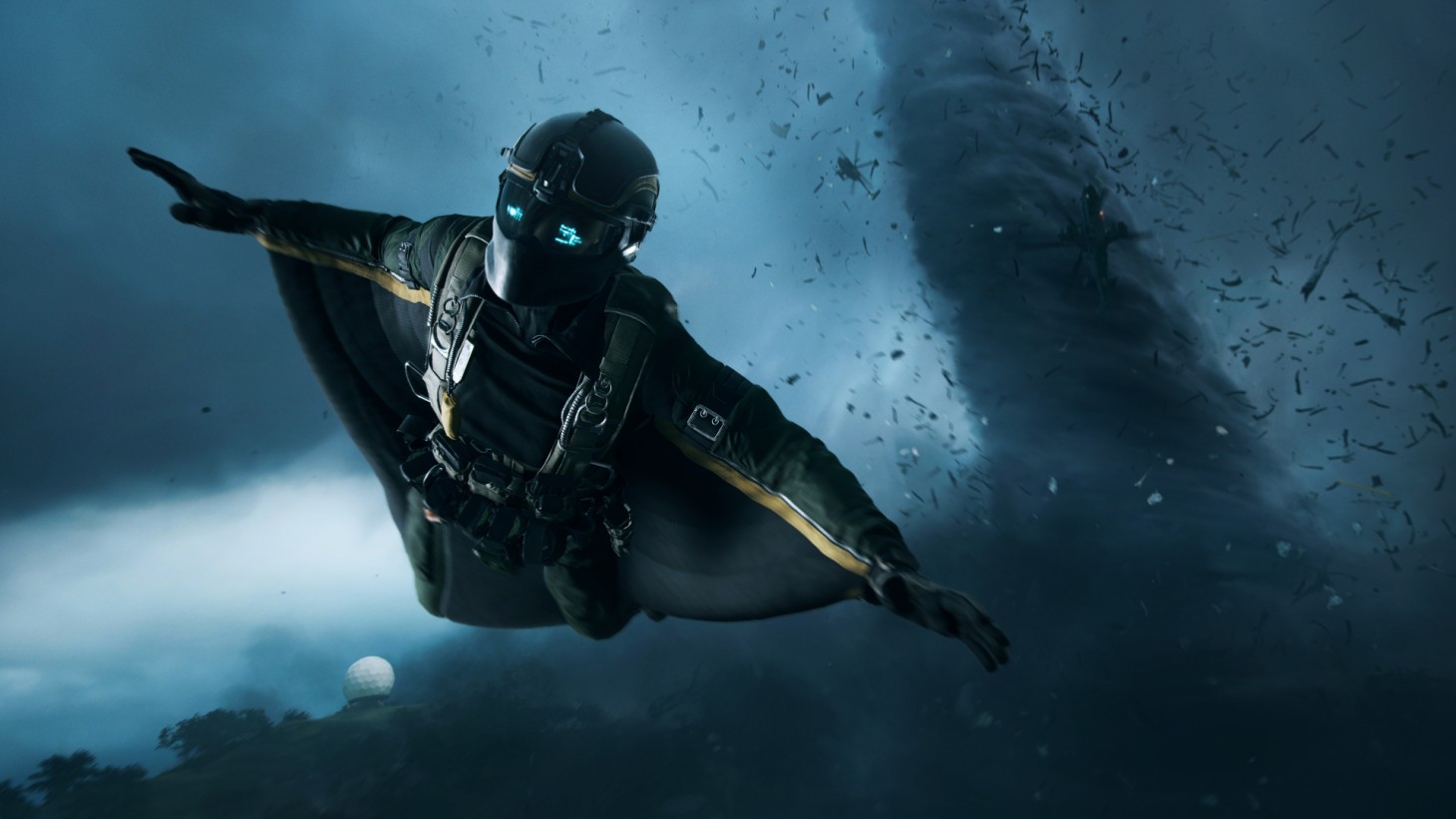 Battlefield 2042 Lets You Weaponize Tornados And Other Dynamic Weather Effects

Dice’s Battlefield franchise is beloved for combining large-scale warfare with strikingly immersive realism – from suppressive fire blur effects to total map destructibility. Battlefield 2042 is slated to stand triumphantly on the shoulders of its successors by reconstructing the series’ most important gameplay pillars with the added  help of next-gen technology. Sure, futuristic firearms and legions of heavily-armored vehicles are a sight to behold, but what about snaking tornados stripping glass windows from skyscrapers? Or impossibly massive sandstorms enveloping the land in thick layers of dirt and twigs? In Battlefield 2042, you can use dynamic weather to your advantage to take down enemies or make speedy arena rotations.

Like previous installments, you’ll be traveling all around the world – storming ravaged beaches, infiltrating towering metropolises, defending rocket launch sites, and experiencing so much more. While you’re crawling through dirt-filled trenches or pinned down in some multi-floor commercial building, the play state of your match might change in the blink of an eye when shifts in weather start to suddenly arise. Dangerous twisters are bound to materialize when you least expect it, tossing debris and even manned vehicles haphazardly. One Dice developer recalled a moment where a Humvee was fatally flung at a highly-skilled sniper that had been pinning him and his squad down.

While confirmed kills like the aforementioned one just happen to be an interesting (and extremely lucky!) byproduct of Battlefield 2042’s dynamic weather, you can also use the tornado to close the distance between you and an enemy or some arbitrary mission objective. For instance, wingsuit gliding allows you to fling yourself into the air and with the combined power of a devastating vortex, you might be able to get to high vantage points or arrive at a location before enemy reinforcements do. I imagine that you’ll also be able to stay seated in your favorite vehicles, despite being caught in the tornado’s grip – just be sure to evacuate or eject before you’re haplessly tossed at some bone-crushing structure.

Sandstorm footage was more brief, but appeared to tint the entire battlefield in foreboding, sanguine tones. It’s also safe to assume that visual clarity will be affected in substantial ways. Knowing the atmospheric presence of environmental effects in older Battlefield games, there will likely be more hazardous (and/or beneficial) climate changes coming to the full game when it finally launches.

How do you plan on utilizing tornados? Perhaps you’ll just throw yourself into its path during your first few encounters just to see what happens. Or, maybe you’ll come up with wacky plays that were never intended in the first place!