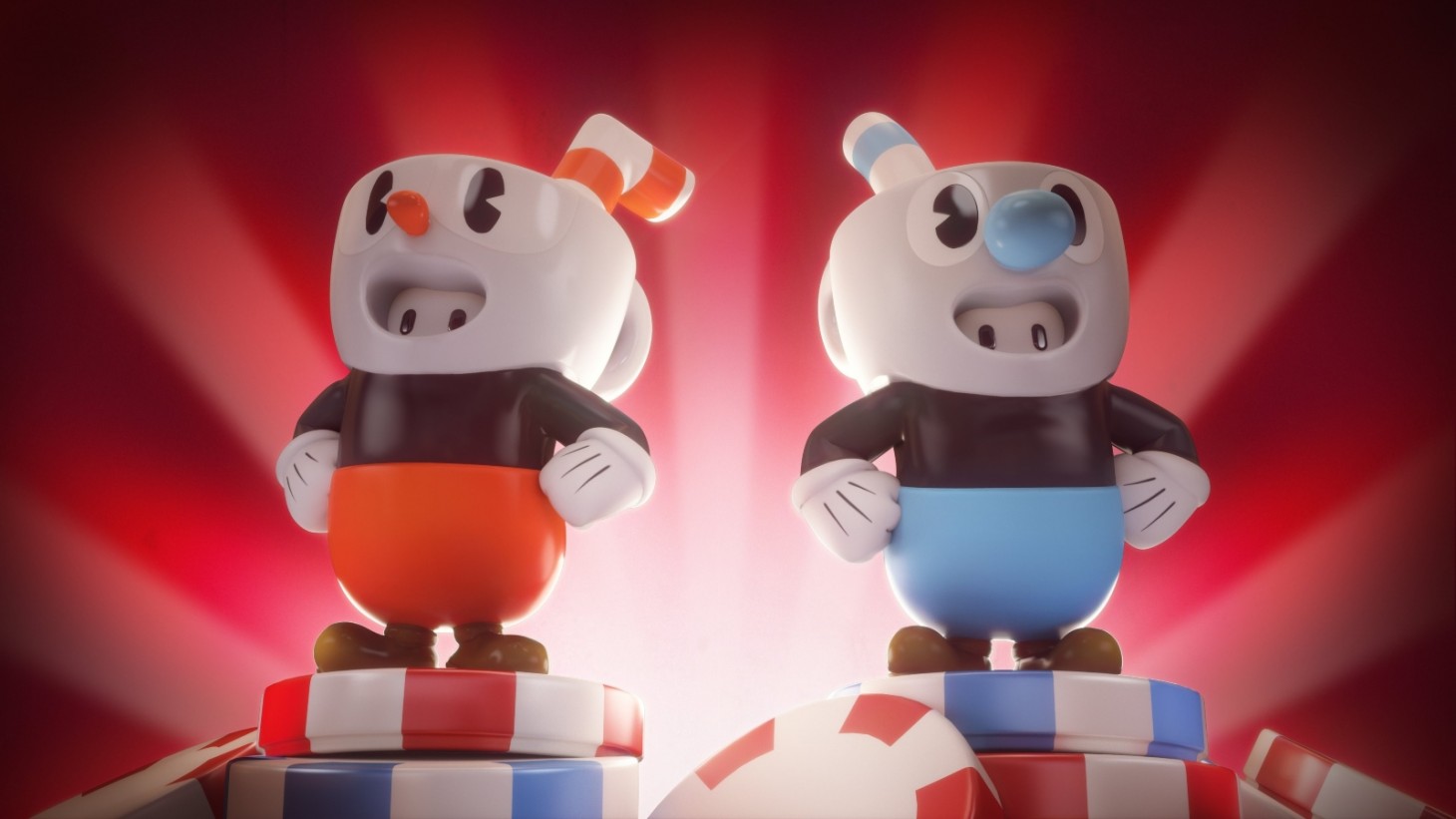 Whenever I think of Fall Guys, I usually say to myself “you know, this game could use a lot more Cuphead.” That’s not true at all, but for the handful of you that have begged for a crossover between the two games, you’ll be happy to hear that outfits inspired by Studio MDHR’s hit platformer are arriving in Fall Guys this week.

Soon, you can adorn your jellybean in costumes designed after Cuphead and his pal Mugman. Cuphead arrives in the game on February 24 while Mugman joins February 27. Each costume comes with their own emote. Those emotes, as well as each costume piece, costs five crowns each. Cuphead serves as the latest game to appear in Fall Guys following crossovers with Doom, Untitled Goose Game, and Sonic the Hedgehog, among others.

In case you missed it, last week it was announced that Fall Guys is spreading its wings by migrating over to Switch and Xbox platforms this summer. Meanwhile, we’re still waiting for Cuphead’s much-anticipated and repeatedly delayed DLC, The Delicious Last Course, which is slated to arrive sometime this year after being pushed out of 2020. On the subject of Cuphead-related media currently floating in limbo, there’s that Netflix animated series we haven’t heard an update on in a while too. What I’m saying is that while it’s awesome to see more Cuphead anything, this announcement also serves as a sore reminder of the larger projects still in the pipeline (that Tesla thing wound up happening though, so there’s that). Based on the responses to Studio MDHR’s announcement tweet, I’m far from alone on that.

For more info on both games, check out our reviews for Fall Guys and Cuphead. What do you think of the new costumes, and will you be picking them up? Let us know in the comments!