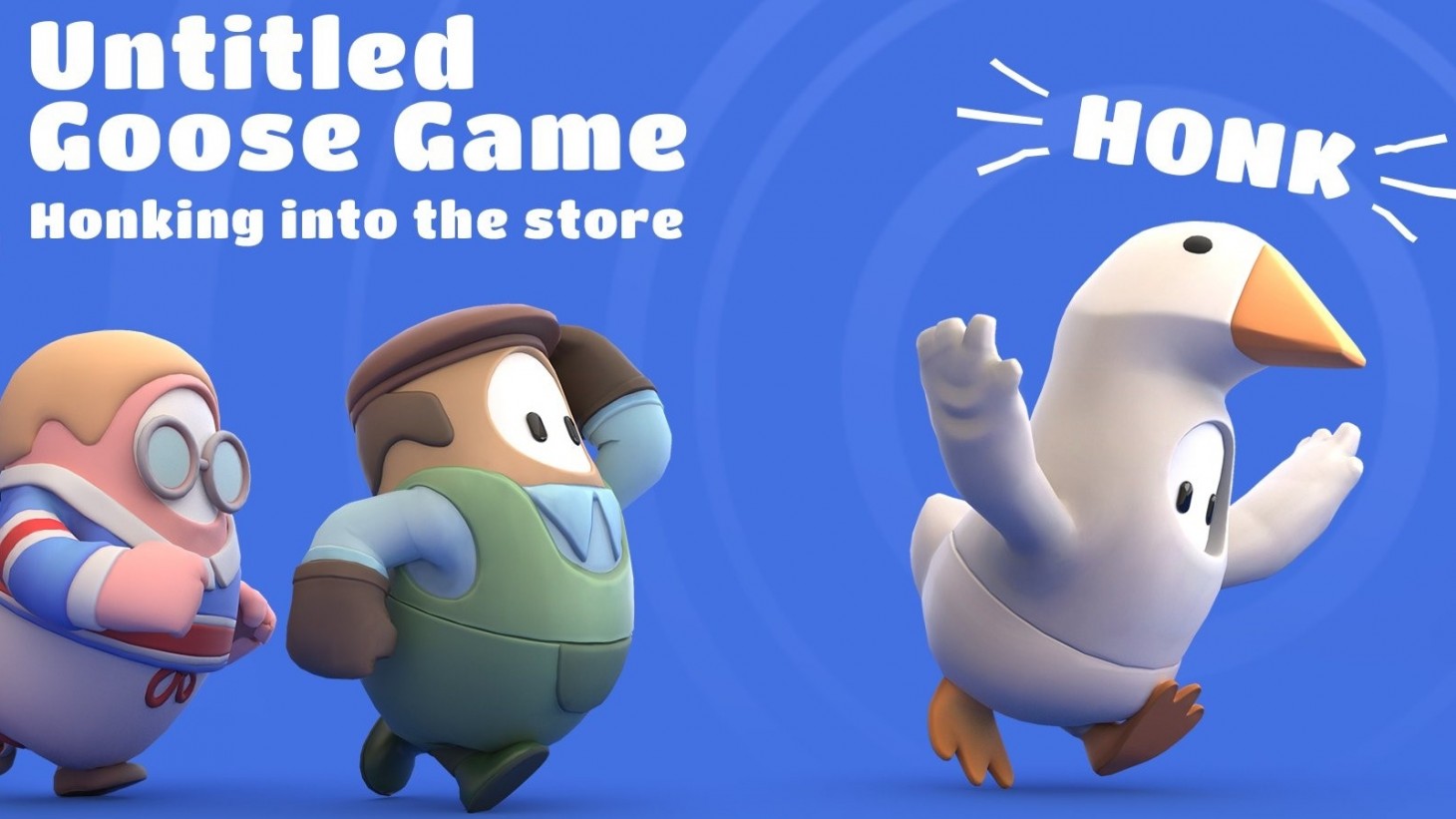 A collaboration between Fall Guys: Ultimate Knockout and Untitled Goose Game seems like a match made in heaven for fans of silly fun and/or total mayhem. Dream no more, because the two properties have teamed up to bring Goose Game cosmetics to the multiplayer sensation.

Today, players can purchase a costume modeled after the hell-raising waterfowl. Like many outfits, the Goose costume is divided into head and bottom parts with each piece costing five Crowns.

For those unaware, Crowns can only be earned either by winning a full match (which is easier said than done) or by simply playing through Seasons and completing challenges. Thankfully, Mediatonic expedited the crown-earning process in Season 2, so adding the Goose costume to your wardrobe is less daunting than it would have been before.

I’d be remiss not to mention the update also includes a “honk” emote complete with sound effects. You know, just in case you thought Fall Guys players didn’t have enough ways to troll each other.

Don’t wait if you want to jump in on the fun. The Goose costume is featured in the game now and will be for the next few days. It will later be replaced by outfits based on two of the Goose’s victims: the groundskeeper (hat included) and the boy with glasses.

Untitled Goose Game is just the latest game to be immortalized in Fall Guys. Cosmetics based on Sonic the Hedgehog and Team Fortress 2 have previously been featured. Fans have even modded Skyrim outfits into the game. Given the Fall Guys’ continued popularity, it’s anyone’s guess as to what property our jellybean competitors will represent next.

Curious about all the fuss around these two games? Check out our reviews for both Fall Guys and Untitled Goose Game to find out what makes them tick.