Fall Guys has already captured our hearts, so why not capture other games as well? There are quite a few mods out there right now that brings these terrifyingly adorable jelly beans into other worlds but our favorite has to be this Fall Guys Skyrim mod.

These jelly beans used to be an adventurer like you, but then they took a crossover mod to the knee. This particular gem is called the Fall Guys Followers mod and it's pretty straightforward. With retextures and meshes galore, this mod adds several new jelly bean followers, new armor sets, and new weapons that can be crafted at any Forge.

The fact that this mod, created by Nexus Mods user 'm150, adds a sweet roll helmet and a Fall Guys stick that kind of looks NSFW if you squint one eye and close the other makes it honestly perfect. A simple tweak to the game but perfect for those that are vying for that coveted crown, or for those that just want to make Tamriel a little bit cuter.

You can download this mod for PC right here through Nexus Mods, or use this link to port this weirdly amazing crossover onto Xbox One. Due to PlayStation's limited mod capability, this is not available for PlayStation 4 players. 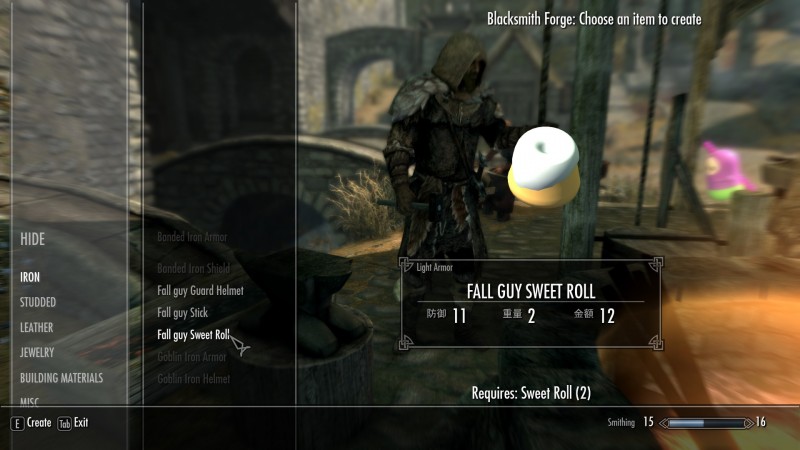 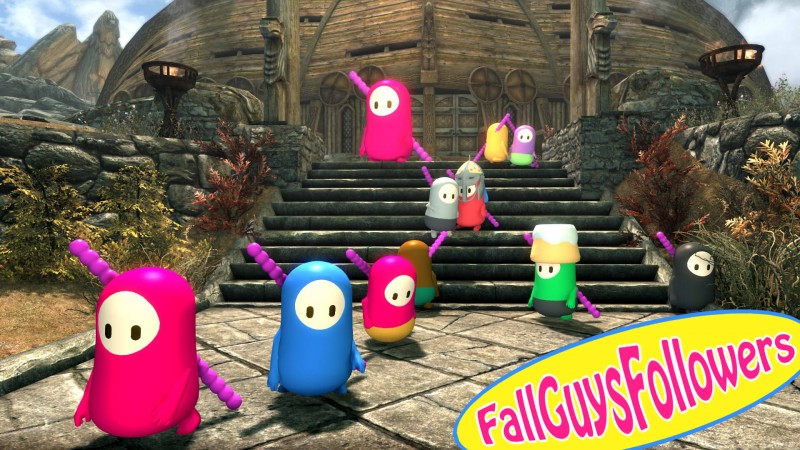 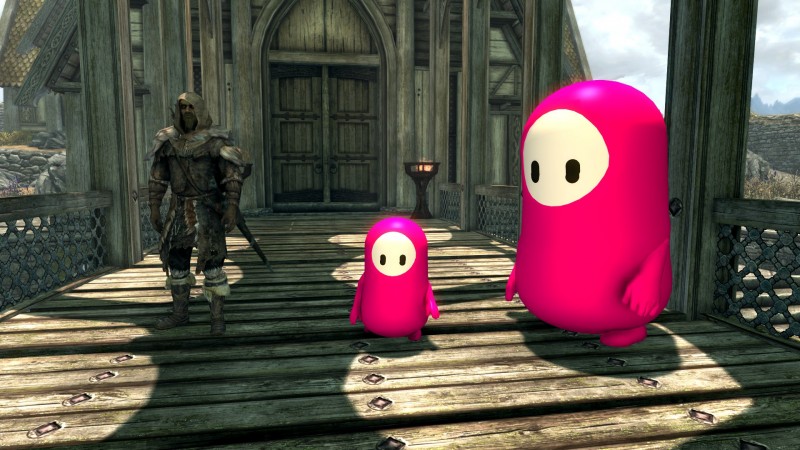 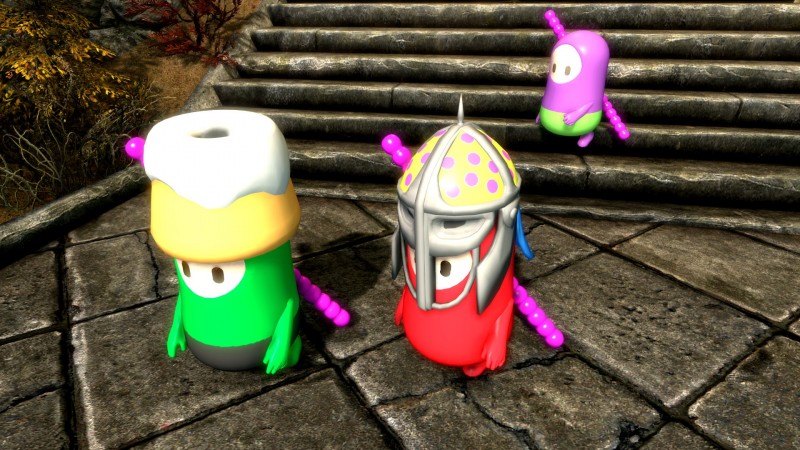 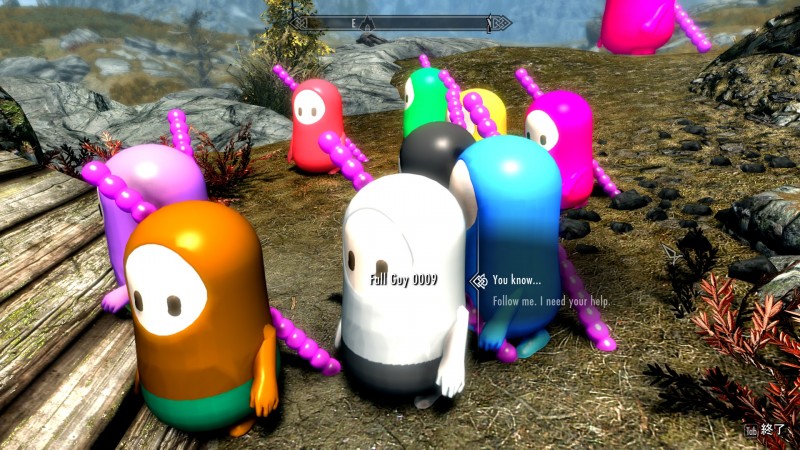 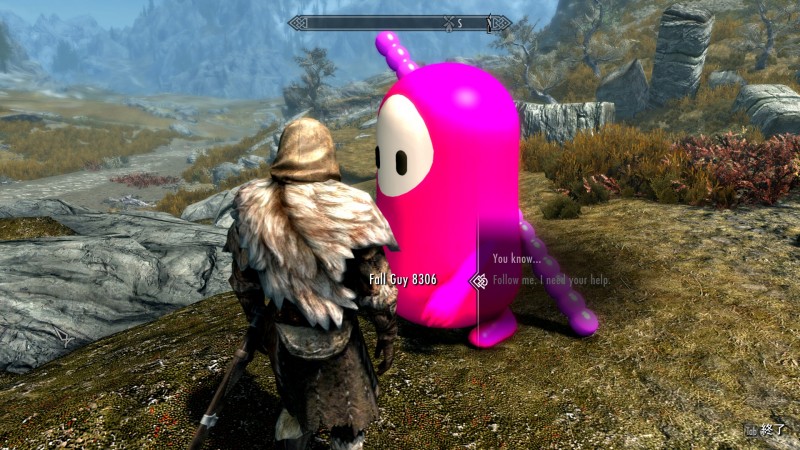 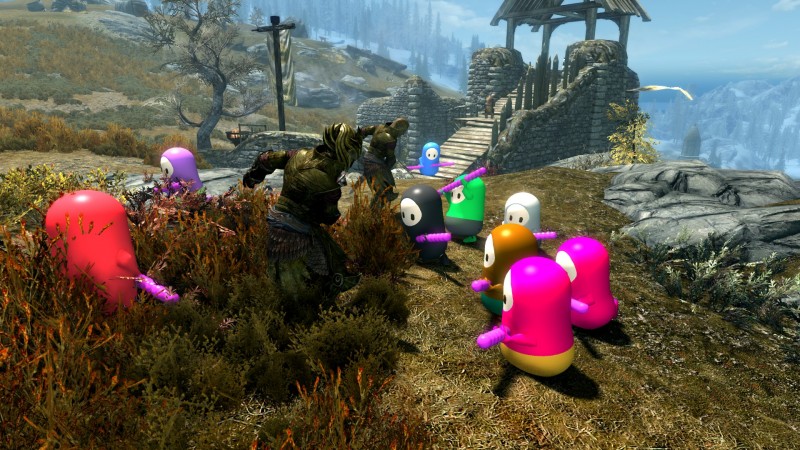 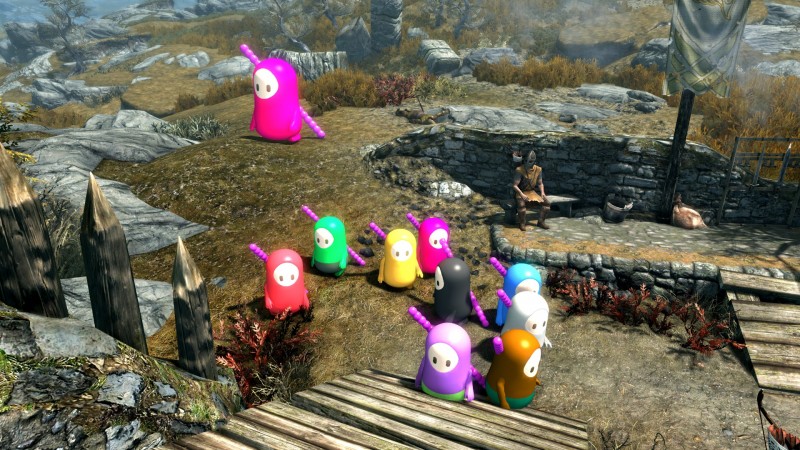 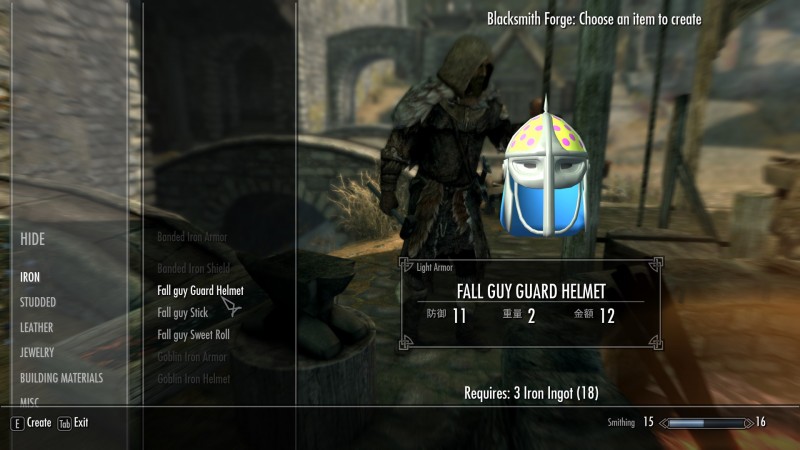