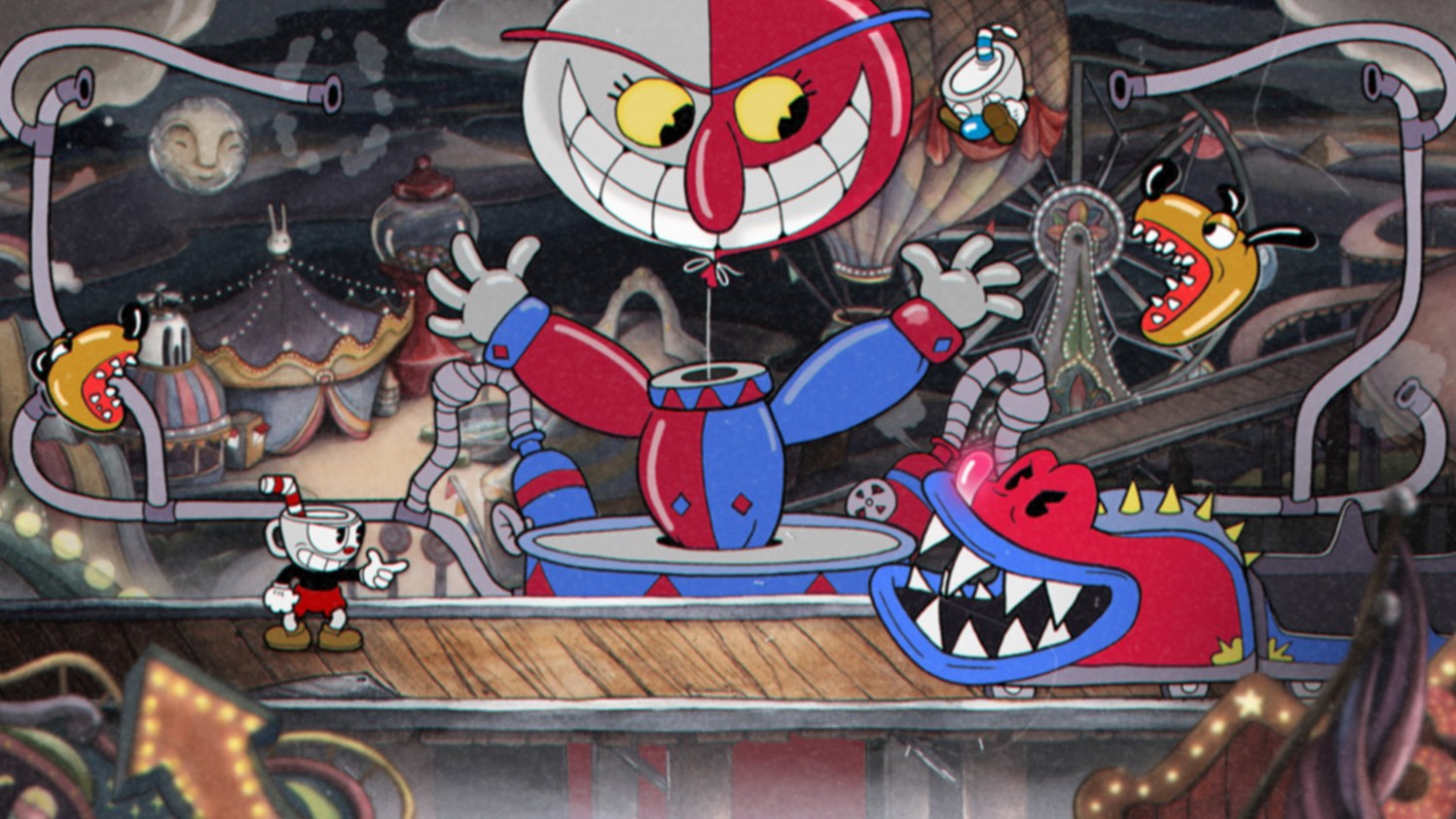 Cuphead made me shout obscenities at a flower. Its cheerful dragon tempted me to head-butt my television. And the candy princess? Oh, you don’t even want to know. I didn’t appreciate it until much later, but those early maddening hours with Studio MDHR’s run-and-gun platformer were like a kiln, hardening my skills and turning me into the best damned Cuphead player that I could be. That trial by fire is ultimately one of the most satisfying parts of the overall experience, but players who just want to enjoy its unique aesthetic are going to get burned.

The hand-drawn animation is mesmerizing, and makes for one of the most visually appealing games I’ve played in years. Studio MDHR faithfully recreated nearly every facet of classic animation from the ‘20s and ‘30s, from the title cards that introduce each stage to the jazzy score that accompanies the action. If you have any fondness for that era, you’re in good hands. Going into the game, I wondered if there would be certain homages to long-lost techniques, and, without spoiling some of the most satisfying little moments of the game, the answer is “Yep!” The attention to detail is wonderful, and I was immediately pulled into its scratchy Technicolor world. But once I got there, I was in for a surprise.

Cuphead may lure you close like the visible aroma from a cartoon pie, but its difficulty is the windowsill slamming shut on your hands. Studio MDHR was inspired not only by classic animation, but by tough arcade games that fed off a steady diet of quarters. The bulk of Cuphead is built around boss battles, each of which has several different phases. They can be knocked out in a couple of minutes, but that assumes you’ve mastered the various tricks each one requires. You have unlimited continues, but no checkpoints or shortcuts through the encounters. When you fail – and you will fail – you have to fight that boss from its opening moments again. This approach walks the razor-thin balance beam between being frustrating and rewarding, and it mostly succeeds. About half the time I finally landed the final blow on a boss, I’d cheer. The other times, I’d flip it the bird with both hands. You can play simplified versions of the boss fights, but you won’t get to see many of the game’s best moments. You also need to beat them on the regular difficulty if you want to fight the last pair of bosses. Trust me, it’s worth it.

Compared to the intense boss encounters, the run-and-gun action levels feel uninspired, full of straightfoward enemy gauntlets and platforming challenges. These sections aren't nearly as interesting as the rest of the game, and include some of Cuphead’s worst moments, such as a poorly implemented gravity-swapping section and a few fatal end-of-stage surprises that feel more like active trolling. Unfortunately, they’re the main source of gold coins, which you need to buy additional weapons and special abilities. Fortunately, these levels aren't numerous, and you never have to revisit them once you get all the coins.

Those weapons and abilities add a welcome wrinkle to Cuphead. You can equip two weapon types, one of three ultimate attacks, and a special charm. At first, I gravitated toward abilities that gave me additional health. Then I got better at the game and found that I wasn’t getting hit nearly as often. At that point, I switched to a power that let me avoid damage by dashing, and that changed everything. The arsenal is small but diverse, and part of the fun is finding a loadout that works best for you. On several occasions, when I thought a boss was impossible, I breezed through it after picking the right tools. Getting good at the parry ability, which allows you to slap away pink projectiles, is also key. When I got stuck, I enlisted help through local co-op. By bringing along a buddy (who plays as Cuphead’s friend, Mugman), you can revive your comrade if you manage to parry their ghost before it floats to the top of the screen. I thought this would be overpowered, but it comes with a tradeoff: Sharing space with another character can be distracting, especially when you need to watch out for subtle tells that the bosses have before attacking. I got through some tricky stages thanks to co-op, but I managed to beat the rest of it solo, so assistance isn't a requirement.

Cuphead is a singular experience. Studio MDHR knew what it wanted to make, then went ahead and made it. A tough boss-rush game based on classic animation archetypes? It shouldn’t work, but here we are. It’s fun to play, and possibly even as satisfying to watch, since you can fully absorb what’s going on screen. It would have been easy to dial down the overall difficulty (and I wouldn’t have complained), but that wouldn’t have been Cuphead, either. Stick with it, is all I can say. We don't often get something that will make you laugh and grind your teeth in such close proximity. 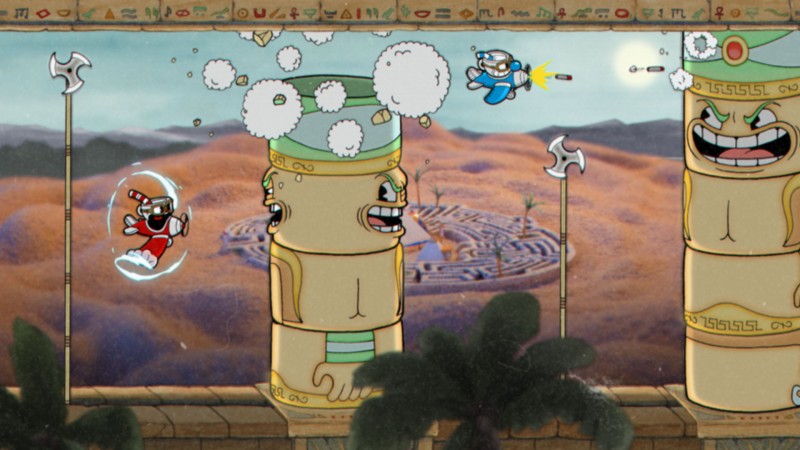 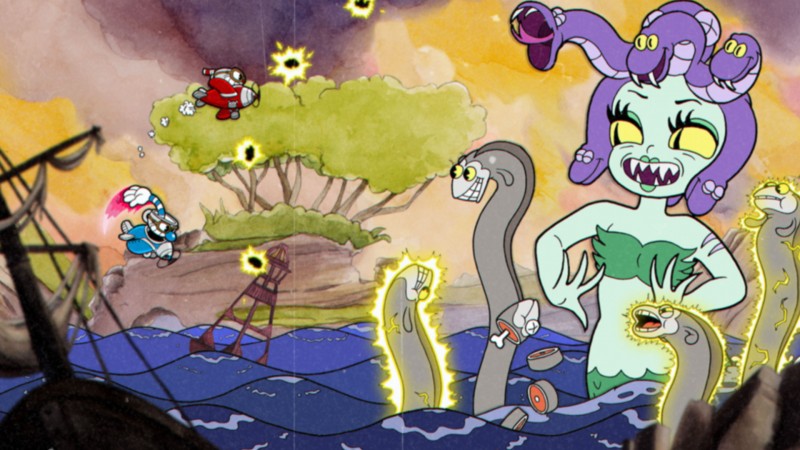 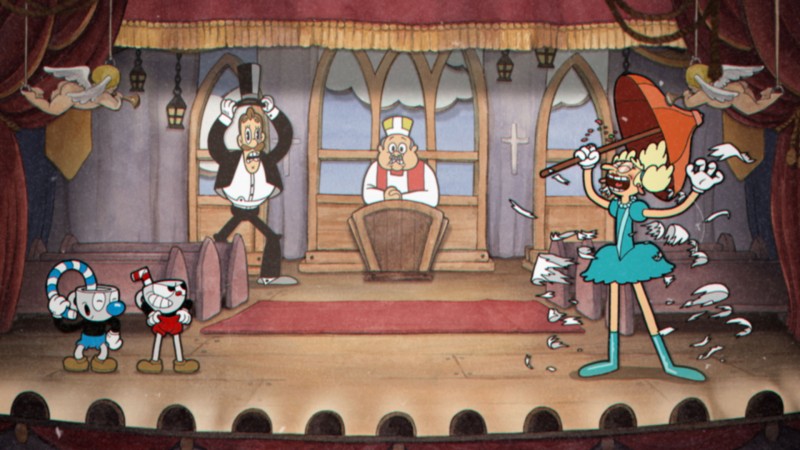 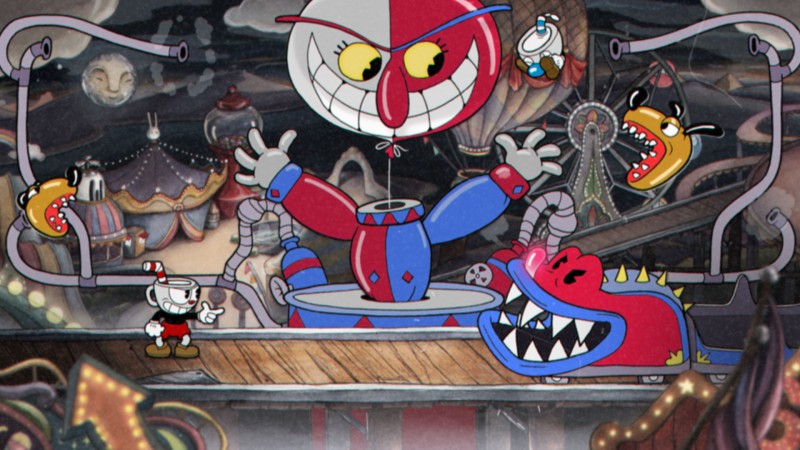 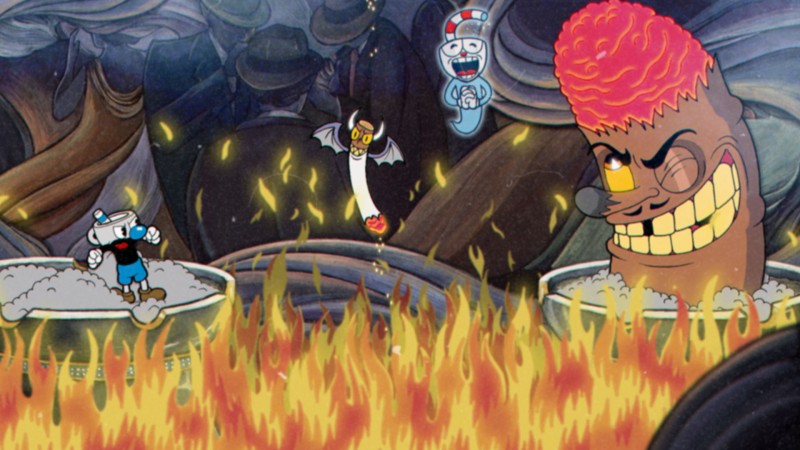 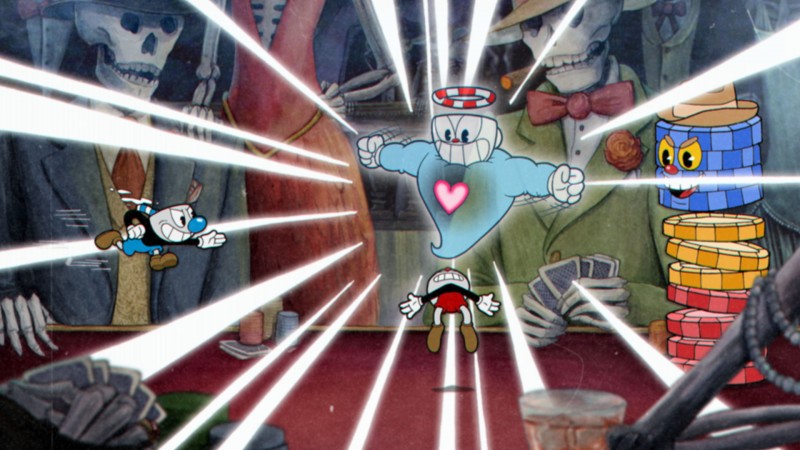 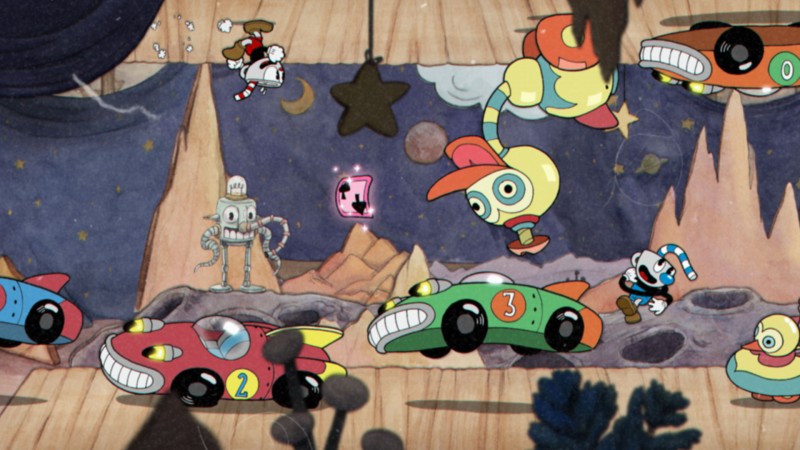 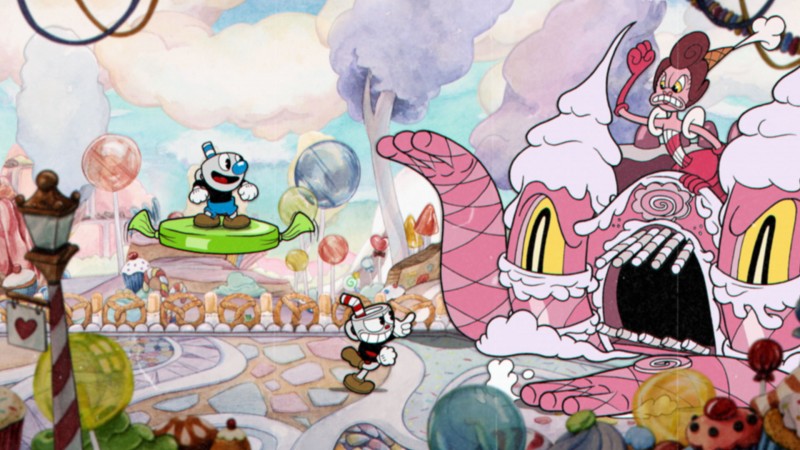 8
About Game Informer's review system
Concept
Take on a host of cleverly designed, deviously difficult bosses in a gorgeously animated action/platformer
Graphics
The presentation is absolutely stunning, with lovingly hand-drawn animations that would be right at home in the best (and weirdest) cartoons from the ’20s and ‘30s
Sound
The audio is an appropriate throwback to the retro visuals, with ragtime piano, Dixieland jazz, and other tunes that will make you want to crank up your gramophone
Playability
Cuphead is tough, and it asks a lot from the player. Thankfully, the precise controls and visual feedback are up to the task
Entertainment
Cuphead’s friendly exterior masks a game that denies all but the most persistent players its many rewards. Those who stick with it will have a great (and frustrating) time
Replay
Moderately High