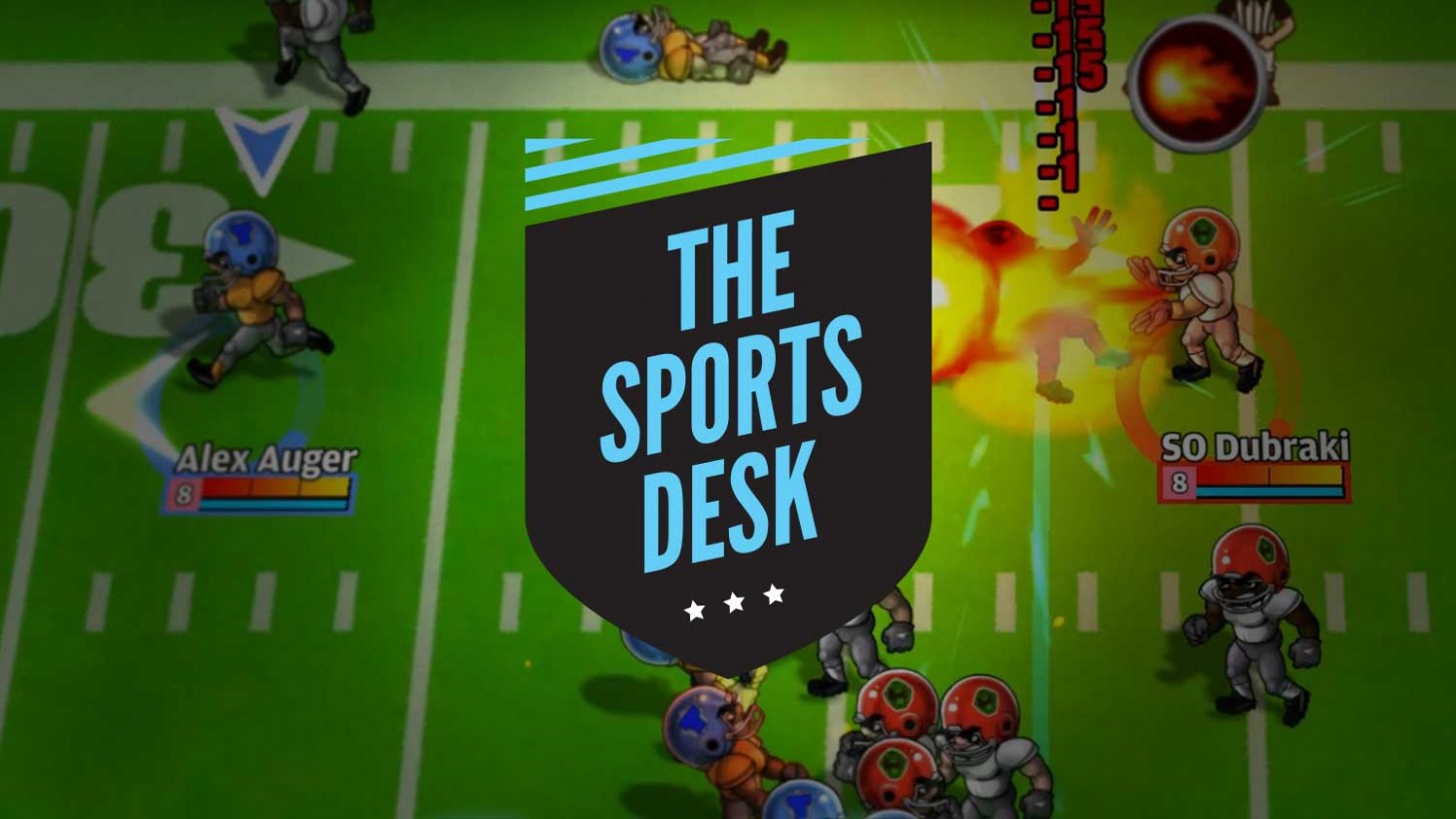 When the Switch came out, I expected the viable sports game options to be scarce. Fast-forward to today, and the genre still isn’t a strong suit of the system, but the Switch has put together a decent roster. Surprisingly, it’s not just all the same franchises you might expect.

Although the Switch will never have the online support or features of games on the other systems, here are some of the standouts on the console (sans racing titles, BTW). If you want to check out some less-traditional/popular sports, there are a variety of options from OlliOlli: Switch Stance to Rapala Fishing Pro Series, and Trials Rising.

Super Volley Blast ($9.99)*
Developer: Unfinished Pixel
In a video game context, volleyball could be simple to the point of bland, but Super Volley Blast avoids such a fate. The 2-on-2 title (including 4-player multiplayer) requires some positioning teamwork and strategy with your partner to set up your volleys across the net. There is some variety where A.I. opponents place the ball, and the timing of jump spikes can be hard to master (and a little inconsistent in my experience). Moreover, Super Blast Mode’s gameplay variations (there’s also a story mode) include Chicken Ball, Bomb Ball, Max 2 Hits, and others. Chicken Ball, in particular, replaces the ball with poultry with a penchant for erratic movements, making for a fun variation.

NBA 2K19 ($59.99)
Developer: Visual Concepts
FIFA 19 ($59.99)
Developer: EA Romania
I’ve included these two games in one entry because they are already known quantities and for what they share in common: They’re modeled after famous triple-A counterparts on the other home consoles, and while they’re not 1-for-1 ports, suffering in areas such as graphics, online play, and other differences, they still offer solid sports experiences on and off the court/pitch. Click here for some of my thoughts about FIFA 19 on Switch in particular.

Football Manager 2019 Touch ($39.99)
Developer: Sports Interactive
The text and menu-heavy nature of this port of Sports Interactive’s revered soccer management title isn’t ideally suited for the Switch (here are some thoughts about this year's game overall), but it’s worth it due to the options the game gives you as a manager. Oversee as little or as much of your team’s operations, from training to in-match tactics for the team and individuals. Football Manager can be a daunting game, but the Switch’s portability and streamlined nature of this port help it be more accessible.

Mario Tennis Aces ($59.99)
Developer: Camelot
Aces (click for Kyle's review) gives the franchise a return to form thanks to the inclusion of a full-on Story mode, augmenting the stellar gameplay, boss battles, racket break system, and first-person Zone Shots. Nintendo doesn’t deal in a lot of first-party sports titles, but Mario Tennis is good enough that it easily beats out less-accomplished licensed games like Tennis World Tour on the system.

Rocket League ($19.99)
Developer: Psyonix
Not much more needs to be said about this fabulous and famous soccer-with-cars title other than it won’t take you long to get hooked on its crazy charm. It’s also worth noting that it has cross-platform play with the other platforms.

NBA 2K Playgrounds 2 ($29.99)
Just before release 2K stepped in to publish this title, adding it as an arcade-gameplay counter to the publisher’s sim-based NBA 2K series already on the Switch. This sequel retains the gameplay of the first title, which is a good thing, surrounding it with more modes like Playground Champion and Season. Getting good players is a grind (aided by microtransactions, of course), but the arcade basketball itself isn’t bad.

New Star Manager ($19.99)
Developer: New Star Games
This title was a free mobile game, and as such, it revolves around card packs for fundamental elements in the game from players to training, etc. The Switch version doles out packs as you level up, changing the tone of the title, and the optional analog stick gameplay is better than mobile’s touch controls. Overall, the game is about working your way up the promotion ladder while managing your players, staff, and stadium along the way.

Mutant Football League: Dynasty Edition ($29.99)
Developer: Digital Dreams
The Dynasty Edition of this spiritual successor to 1993’s Mutant League Football adds a multi-year Dynasty mode (complete with trades, and XP system, custom playbooks, free agency, and more), four new teams, and additional dirty tricks giving depth to the on-the-field experience that already pushes the envelope of the sport with traps and player deaths. For more on the game, here's our review BEFORE the inclusion of Dynasty mode.

Football Heroes Turbo ($14.99)
Developer: Run Games
Similar to Mutant Football League, Football Heroes offers a non-traditional gridiron experience. The title lets you punch players out of your way by button tapping – including when you’re on defense – and gives players power-ups like powerful hurdles, fumble-inducing tackles, and sure-handed catches as they level up. Your team also gets better as you make your way up the seasons ladder, adding more money to its salary cap and training points for the players. I played the Early Access PC version of the game, and was charmed by its look and rough-and-tumble gameplay, and intrigued by its team-building options.

Out Of The Park Baseball 20 Coming On March 22

A Sports Newbie (Javy) Plays NHL 19 For A Week

Madden 19 Getting Series Of Fixes

Football Manager 19 Gets A Winter Update