Arcade sports titles were a dime a dozen back in the ‘90s. Classics like NFL Blitz, Base Wars, and the Mutant League games took a lighthearted approach to athletic competition, using comic book violence and humorous hijinks to keep players coming back. Over time, more realistic sims based on professional leagues became the fan favorites and the zanier titles all but disappeared into the annals of history. With Mutant Football League, original creator Michael Mendheim makes a defiant goal-line stand against the idea that arcade sports games are dead.

A spiritual successor to the infamous EA series Mutant League Football, MFL faithfully preserves the elements that made the original a best seller. The favored bloodsport of a post-apocalyptic culture pits ragtag groups of trolls, aliens, robots, mutants, and skeletons against each other on a hazard-filled gridiron with the goal of outscoring (or outkilling) each other. Ref bribery, late hits, quarterback dismemberment, and even ref executions are all fair game. Teams and players have Garbage Pail Kids-style parody names like the Nuked London Hatriots (New England Patriots) and Bomb Shady (Tom Brady). Some of the cleverer names elicit a chuckle, but the majority produce groans.

The groans continue past kickoff thanks to Mutant Football League’s intentionally juvenile commentary, led by NBA Jam legend Tim Kitzrow. Jokes range from boilerplate one-liners about kickers and performance-enhancing drugs to more bawdy sex and drug references. The blue humor is a curious decision that shrinks the potential player pool considering the art style and gameplay could extend the game’s appeal beyond those nostalgic for Mutant League to a much younger demographic. Digital Dreams could have the best of both worlds if they tuned a T-rated version of the game as well.

Underneath the player fatalities and sarcastic one-liners, Mutant Football League uses a control scheme that retains the conventions of modern football games. Basic playbooks, audibles, and right-analog stick jukes should make longtime Madden (or Blitz) players feel right at home. You don’t need to be a master of adjustments at the line of scrimmage to stay competitive; simply snap the ball, find the open target (or running lane) and go for it. Just make sure you avoid the acid baths, mines, and giant carnivorous worms popping out from the ground on the way to the end zone. Quarterbacks don’t get passes off as quickly as they should in some circumstances, and guiding defenders through high-traffic areas is almost always a losing affair, but overall the play is competent.

MFL’s true separation of competition comes with how teams deploy the four dirty tricks they can use each half. These tide-changers are as effective as they are laughable, with running backs literally cutting through defenders with chainsaws, lightning bolts causing fumbles, and pass rushers turning into monolithic giants capable of killing quarterbacks with one pancaking blow. Bribing the ref at the right time gives your defense a get-out-of-jail-free card after being burned by an opponent’s game-breaking play. Savvy opponents immediately take out the crooked ref, setting the offense back even further. Smartly timing your usage of these game-changers and planning counters to your opposition’s arsenal more often than not determines the victor – this is the game within the game. MFL scores with this extra layer of tactics, but fumbles an easy opportunity to let players customize their approach. Each team in the game has unalterable dirty plays preassigned, so you can’t mix-and-match favorites.

That short-sighted approach to player agency continues into the game modes. The only options MFL offers are exhibition games, a season mode, playoff mode, and a scarcely populated online play that never produced a match for me. Each of these is as bare-boned as they sound. Season mode merely asks you to win your way through a 13-game season and compete for the Mayhem Bowl. With no meaningful off-field player management, forget about signing new players, upgrading pre-existing ones, or drafting new players. The only task you need to worry about is resurrecting your dead players before the next kickoff, a disappointing decision that sacks MFL’s replay value. I don't expect a budget-priced arcade game to match modern sports games feature for feature, but it needs some sort of hook to bring me back. MFL has none other than forcing you to play particular modes or win a certain number of games to unlock more teams.

Mutant Football League brings back visions of the over-the-top arcade sports games of yesteryear, but its lack of mode depth makes it tough to recommend to anyone beyond nostalgia seekers. Should Digital Dreams build a more engaging infrastructure around the bloody gridiron action in subsequent updates, the game could deserve a second drive, but after reading the field of play on this fourth down I advise you to punt. 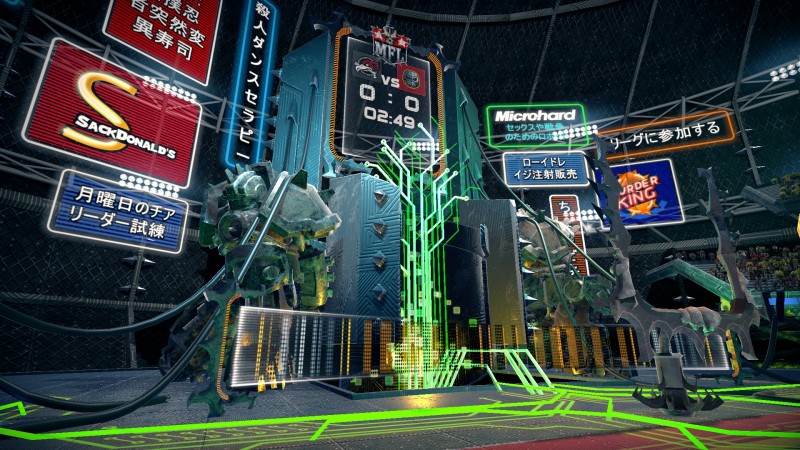 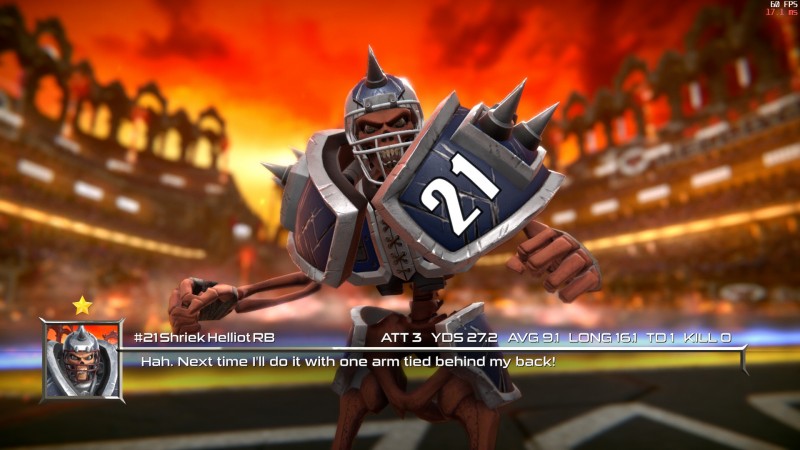 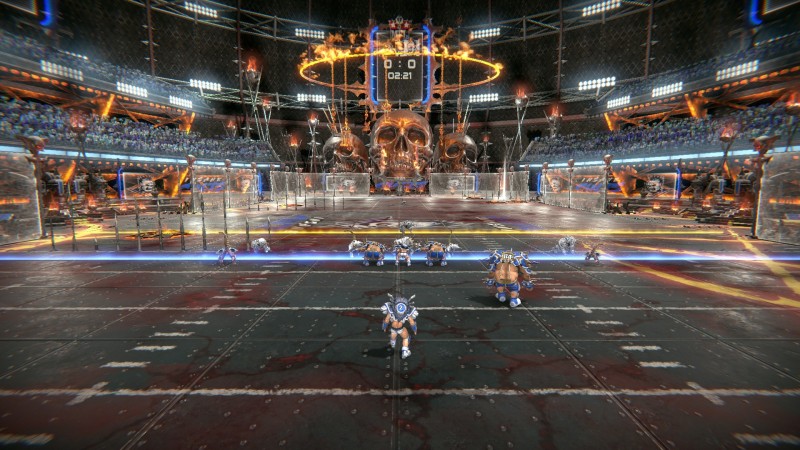 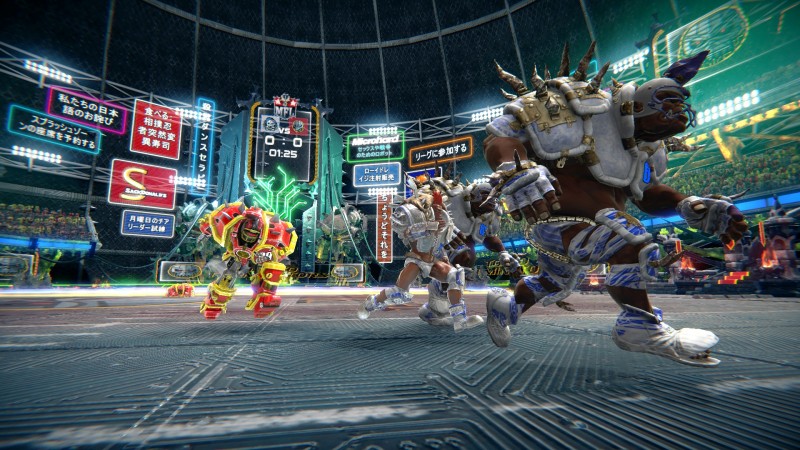 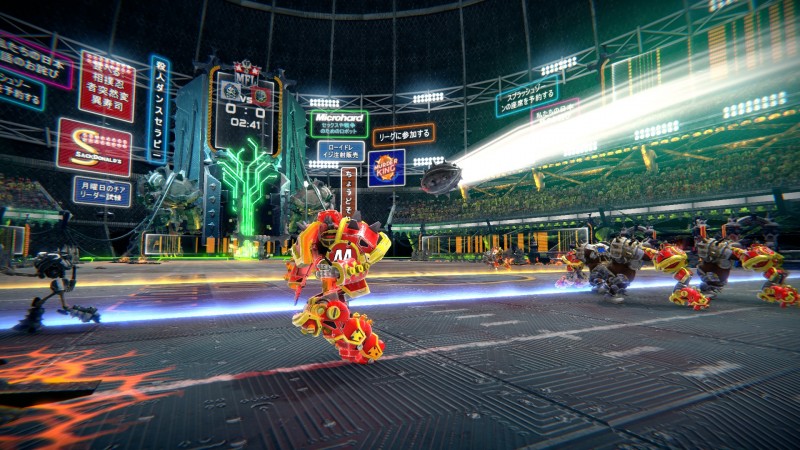 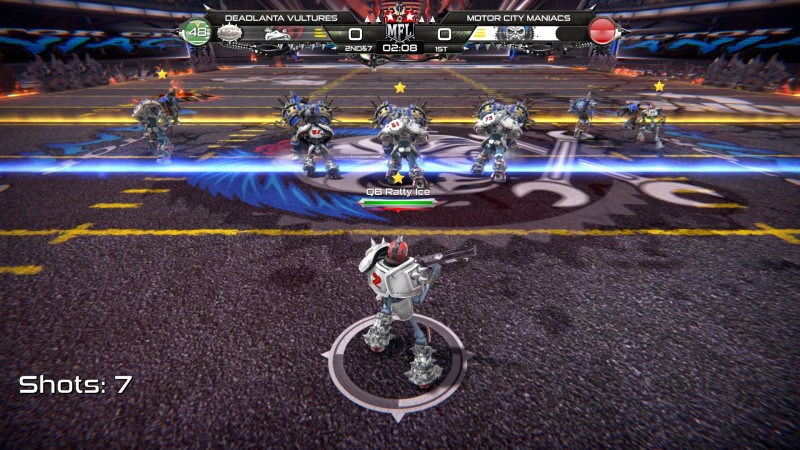 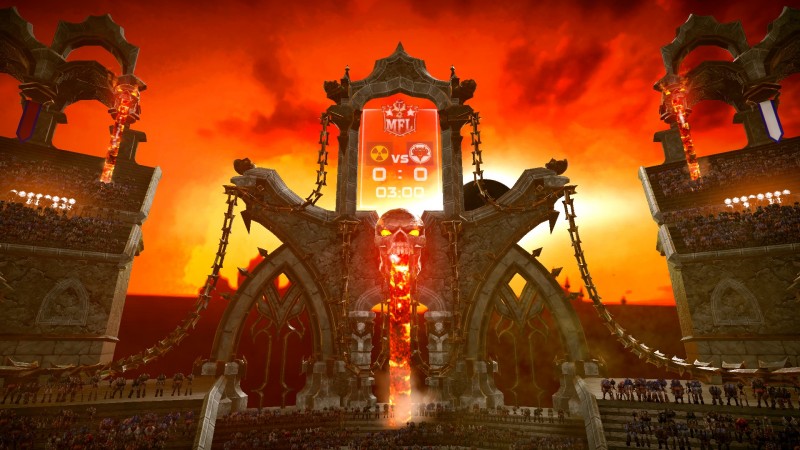 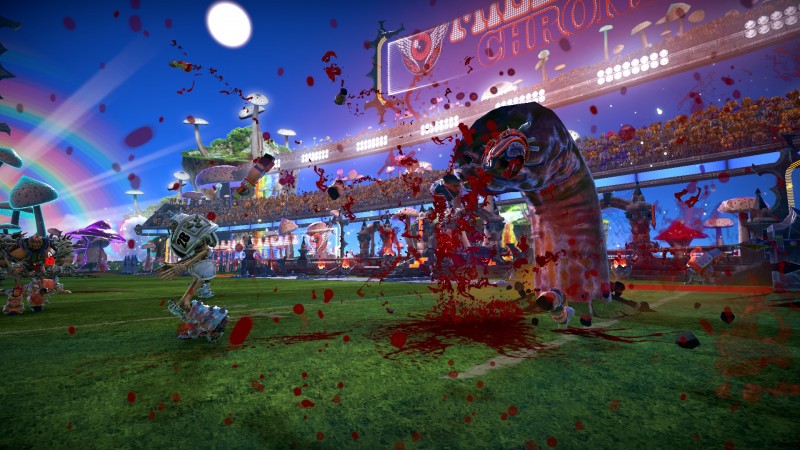 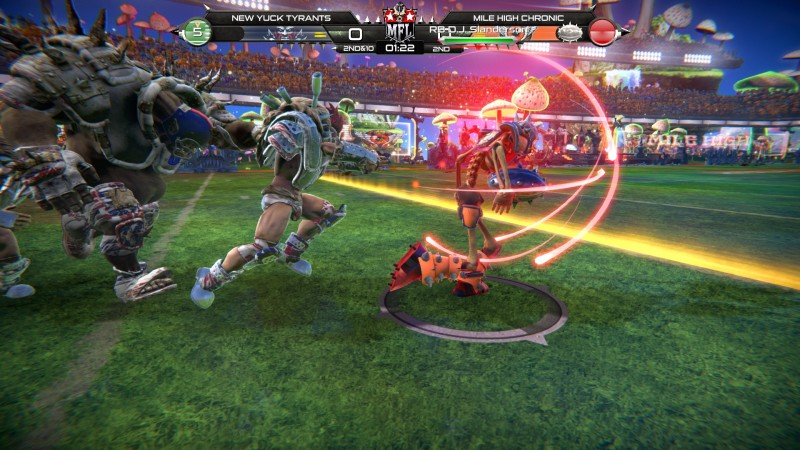 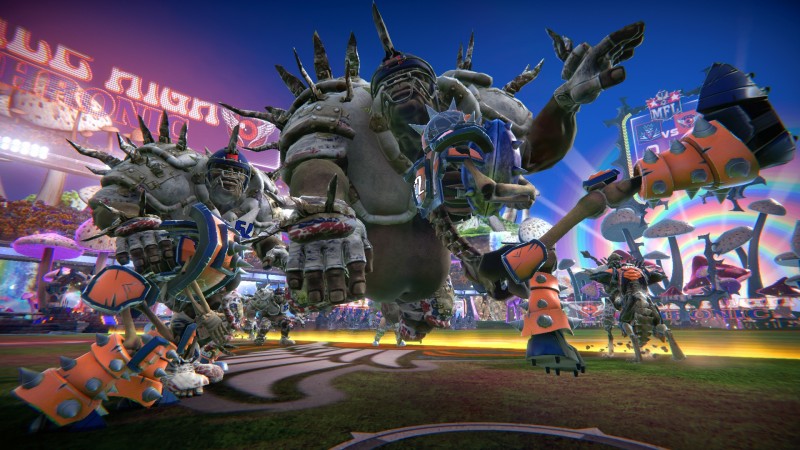 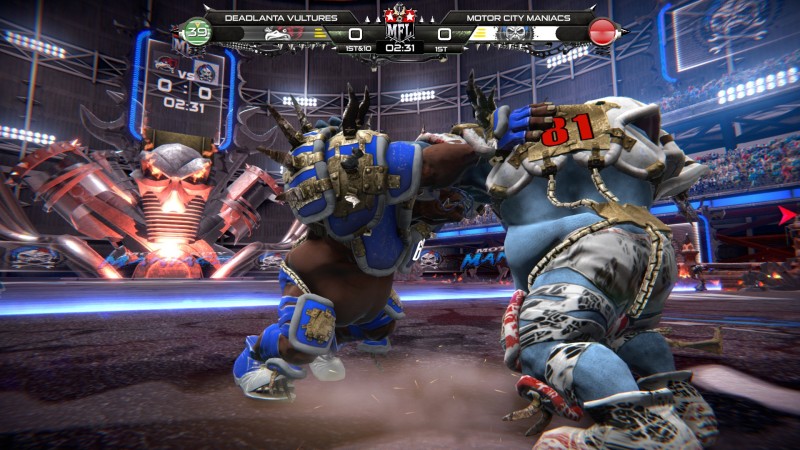 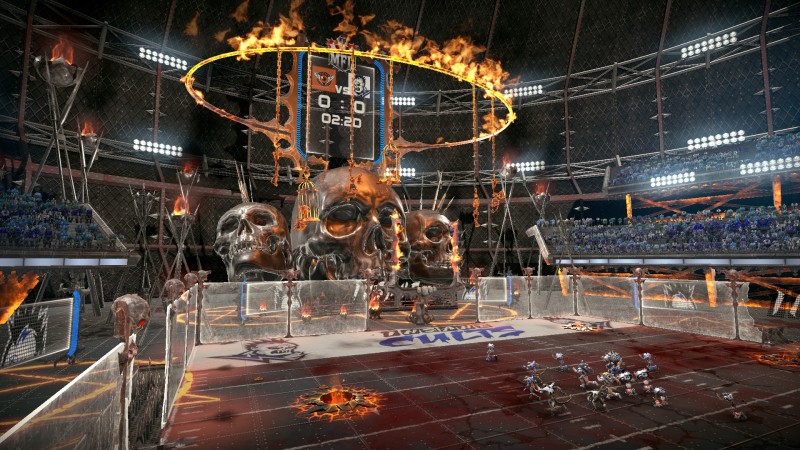 6.75
About Game Informer's review system
Concept
Recall the beloved, gory arcade football game from the Genesis era with a spiritual successor
Graphics
A familiar cast of robots, trolls, skeletons, and aliens get a fresh coat of paint, but the field is so busy that tracking your movement in crowded spaces can be hard
Sound
Occasionally funny (but often wince-inducing) commentary from NBA Jam legend Tim Kitzrow gets repetitive quickly
Playability
The basic controls are easy to pick up and master, though input lag adds frustration when trying to fire off a pass in frantic moments
Entertainment
A bawdy arcade experience good for couch competitions, but MFL lacks the depth needed to keep players coming back
Replay
Moderately Low