Crown Jewels – Breaking Down The New Pokémon Brilliant Diamond And Shining Pearl Trailer
by Jason Guisao on Aug 18, 2021 at 05:03 PM

Hello there! It’s so very nice to meet you!

Welcome to the world of Pokémon!

Your very own tale of grand adventure is about to unfold.

So begins the coming-of-age journey that every installment in the Pokémon gameverse is known for. 15 years have passed since Diamond and Pearl’s original release. The Brilliant and Shining versions are slated for a Fall release, and today’s Pokémon Presents stream revealed a bevy of new and classic mechanics. I’ve gone through every frame of the trailer – at 0.25 playback speed, no less! – to relay all of that juicy pocket monster info back to you. If you’re looking to catch them all for the umpteenth time, you won’t want to miss out on the biggest revelations from the event: 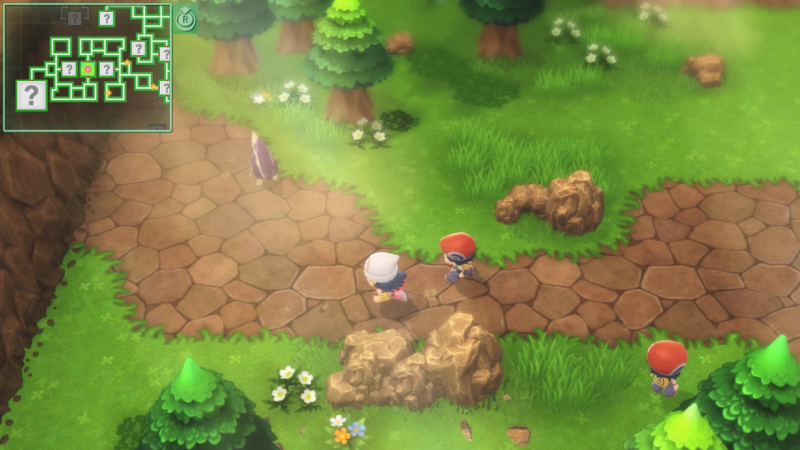 Gen IV’s Sinnoh is based on Japan’s Hokkaido island. Much like its real-world inspiration, Brilliant Diamond and Shining Pearl’s continent is teeming with wildlife and breathtaking environments. Sure, we’ve always known that ILCA and Game Freak were prioritizing graphical quality, but just look at some of the traversable areas on display – Floraville’s multicolored blossom fields, god rays falling warmly over your hometown of Twinleaf, squeaky-clean, reflective surfaces like the tiled flooring in Professor Rowan’s lab, and wrinkling bodies of water as far as the eye can see. It’s safe to say that this is going to be a very good-looking revamp. 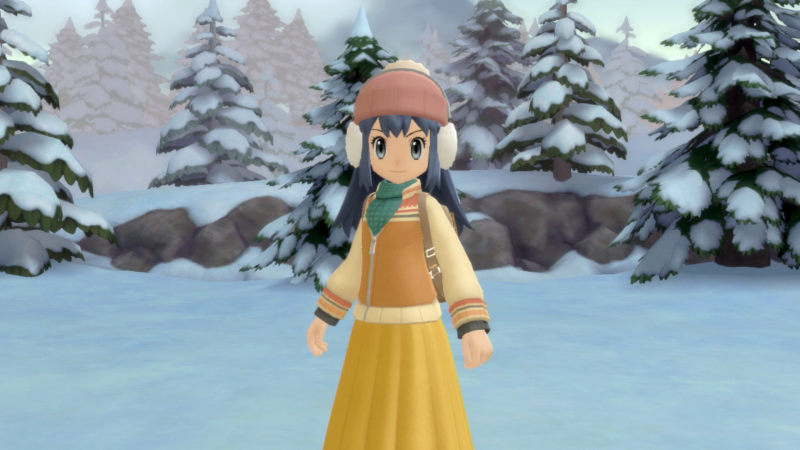 You might not be a fan of the cutesy chibi character art, but don’t worry, you’re going to like the way you look while roaming the biomes of Sinnoh. I guarantee it. Get fitted for some athleisure wear (the obvious choice for would-be trainers) or purchase clothes for specific weather conditions. The “Cyber Style’s” lime green trim from the trailer is a bit tacky, but I think it might grow on me. Pokéball customization or “Capsule Decoration” is also back with more accessible, responsive options/controls on Switch. With the updated visuals, the effects that trigger when you throw a ball look way fancier than the DS versions of the game. This begs the question: which sticker(s) will you choose? 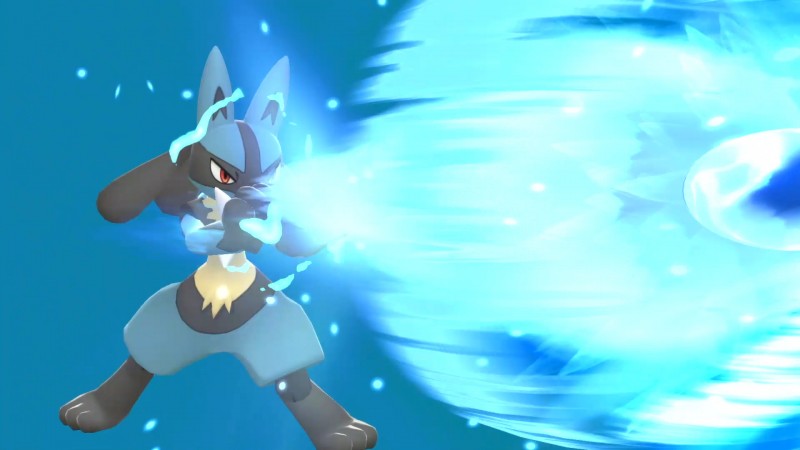 The Pokémon Presents trailer showcased a lot of cosmetic content, but what about the actual meat of the game; what about the battles? Well, as you might have already expected, the action, at least on a visual level, looks polished. The loop of turn-based combat and elemental effectiveness, however, remains appropriately the same. As usual, you’ll run into hobbyists and amateur trainers hiding in the tallgrass and patrolling high-traffic routes as well as ensemble mainstays like your rival, various gym leaders, and Pokémon connoisseurs like Cynthia. What’s more, your furry (and not-so-furry) friends can travel with you outside of their Pokéballs. I can’t imagine that running around the dense port city of Canalave with a Dialga or Palkia would go over well with the townsfolk and local authorities.

Oh? Tired of whooping the CPU’s butts? Enter the Union Room to trade with or confront strangers that are likely so much better than you. 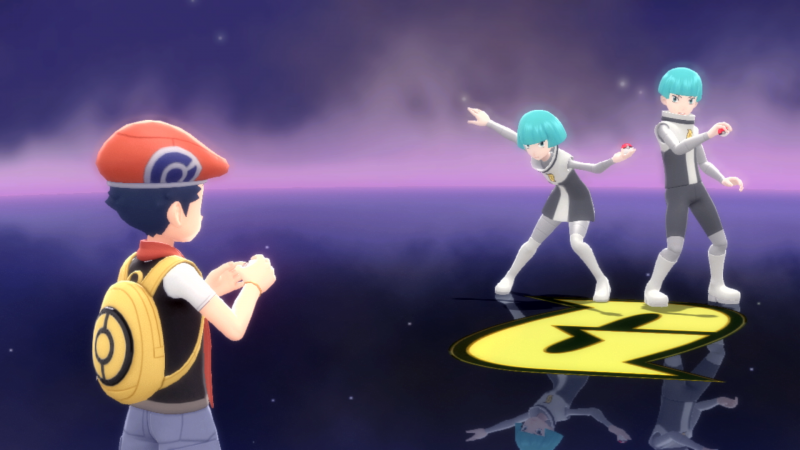 Team Galactic serves as the primary antagonists of Brilliant Diamond and Shining Pearl. And despite the game’s upgraded visual design, they still look like total dorks. 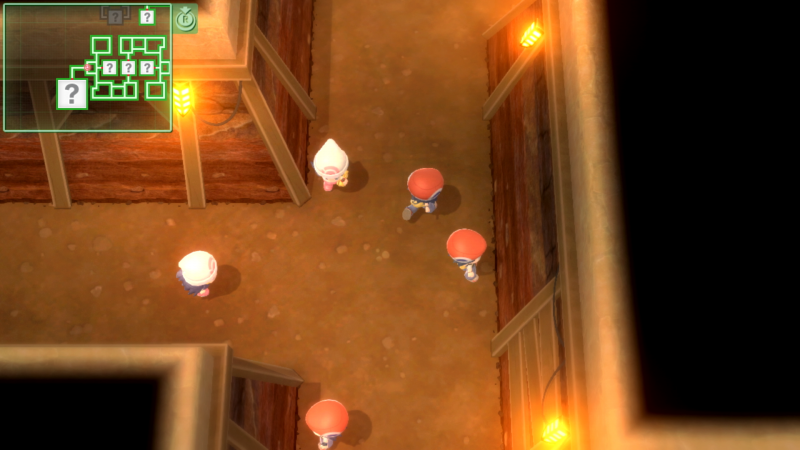 Can You Dig It?

Ah, yes, the Underground (now called the “Grand Underground”) from my childhood playthroughs of Diamond and Pearl. I recall chiseling away at unstable caverns, searching for rare materials and fossils, and decorating my base for friends to see what new ornaments I bought. The Grand Underground takes this glorified nostalgia a step further by adding Pokémon Hideaways - sectors that contain a bevy of wandering, and exclusive Pokémon up for grabs. The statues that you place in your hideout can cause certain species to spawn, so I’d recommend swapping out your decorations as often as possible! 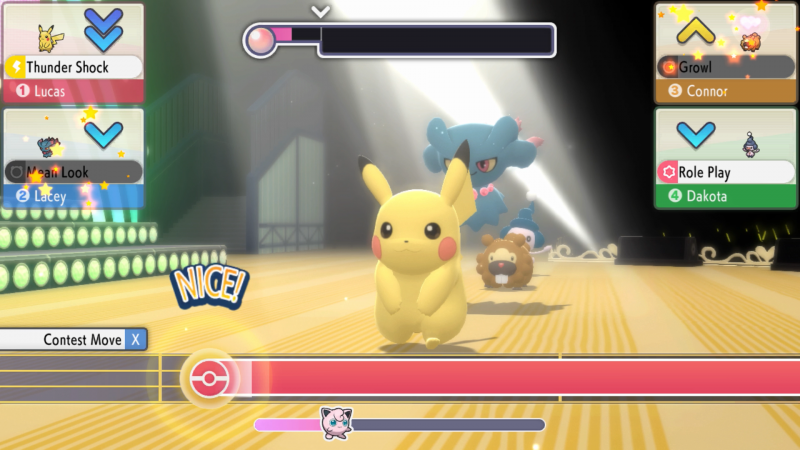 The Show Must Go On

If you’ve played other Pokémon entries, then you know all about contests. In Brilliant Diamond and Shining Pearl, these shows are fully-rendered spectacles that go beyond the static sprites you might remember from the old games. Now, you can watch your favorite Pokemon dance to music in rhythm games or show off some exhilarating moves to work up the crowd. I know what I’ll be doing for a few dozen hours.

Pokémon Brilliant Diamond and Shining Pearl launch for Nintendo Switch on November 19. You can grab one of these themed Switch Lites on November 5 if you’re fast enough. Also, be sure to check out our Arceus Legends Trailer Breakdown. 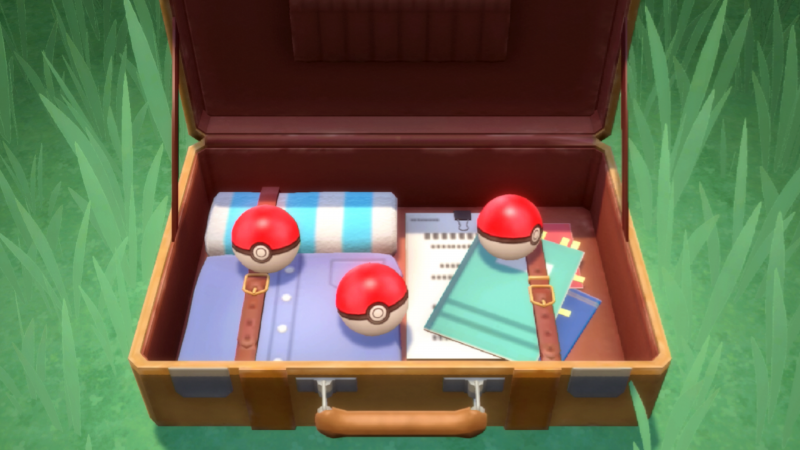 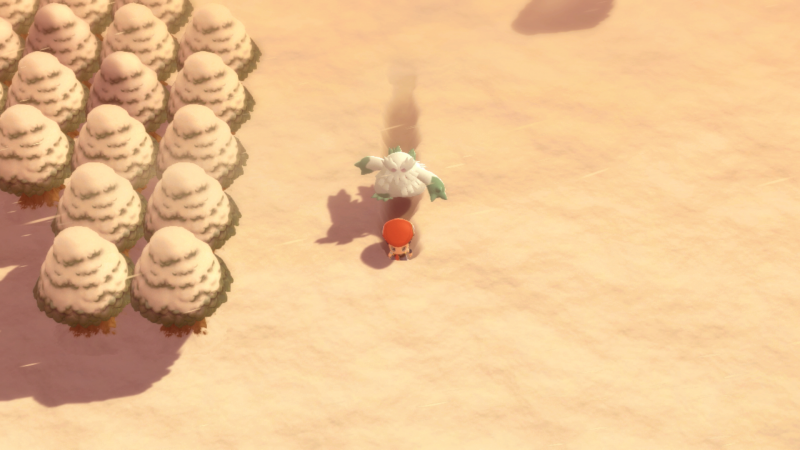 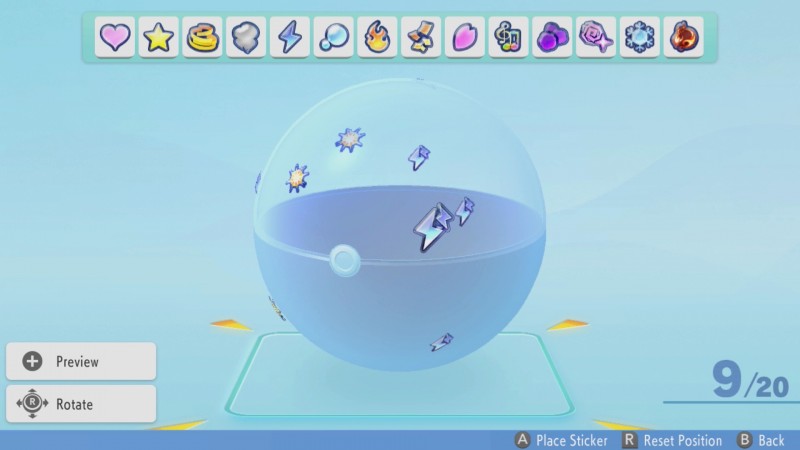 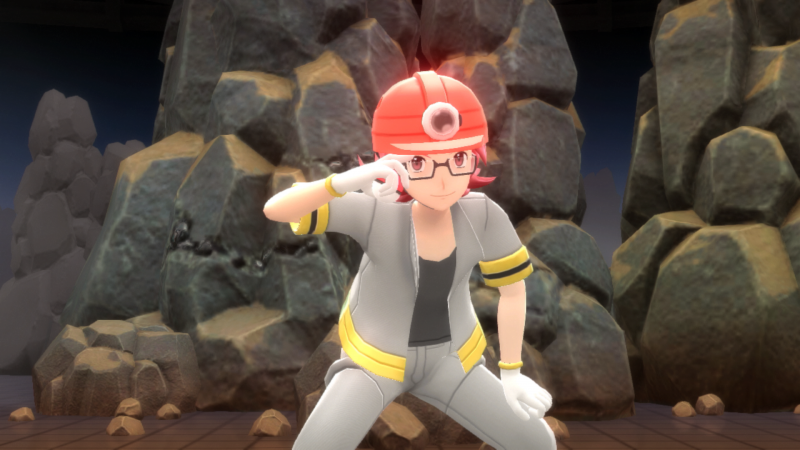 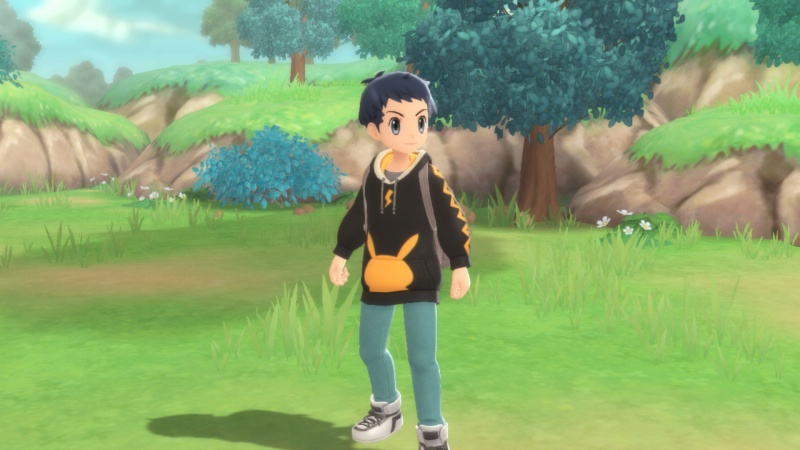 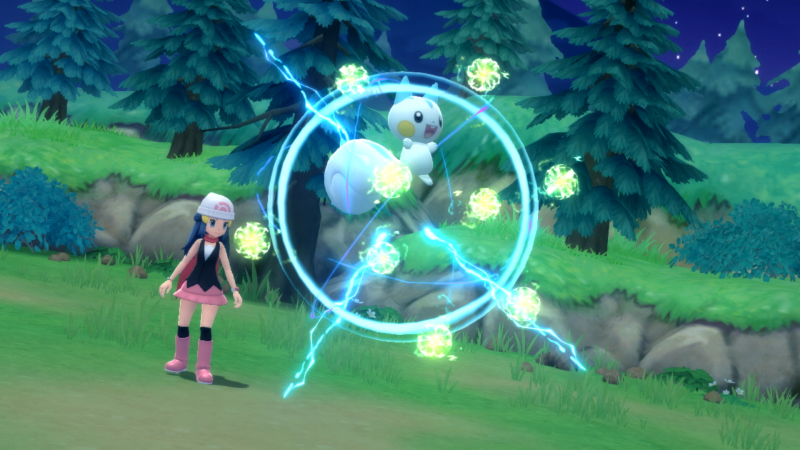 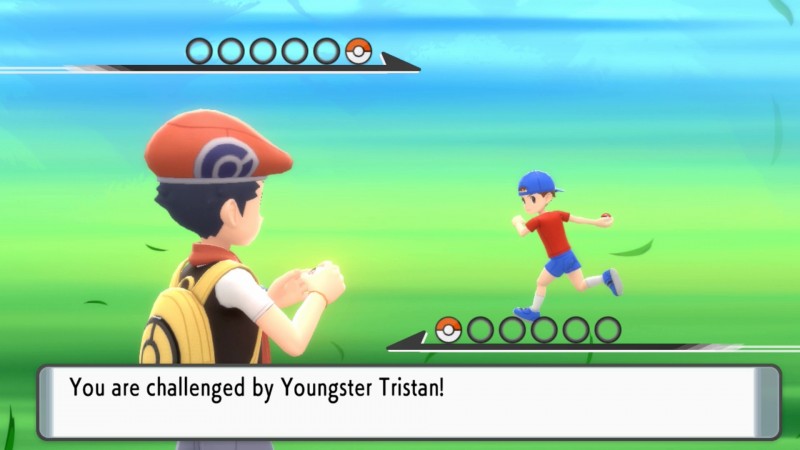 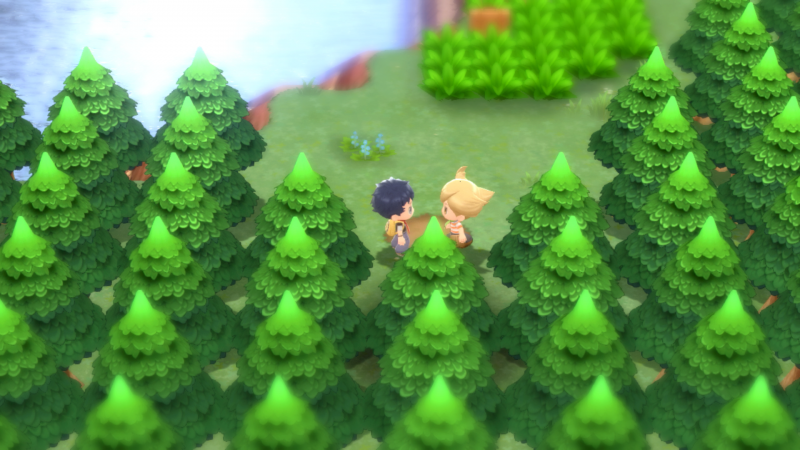 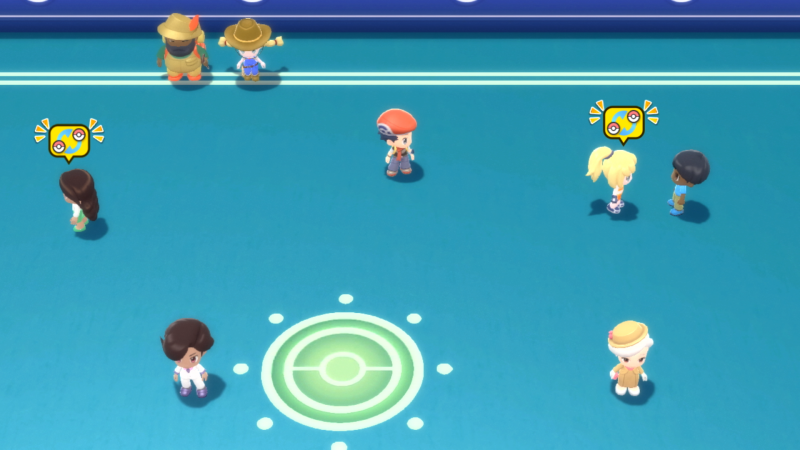