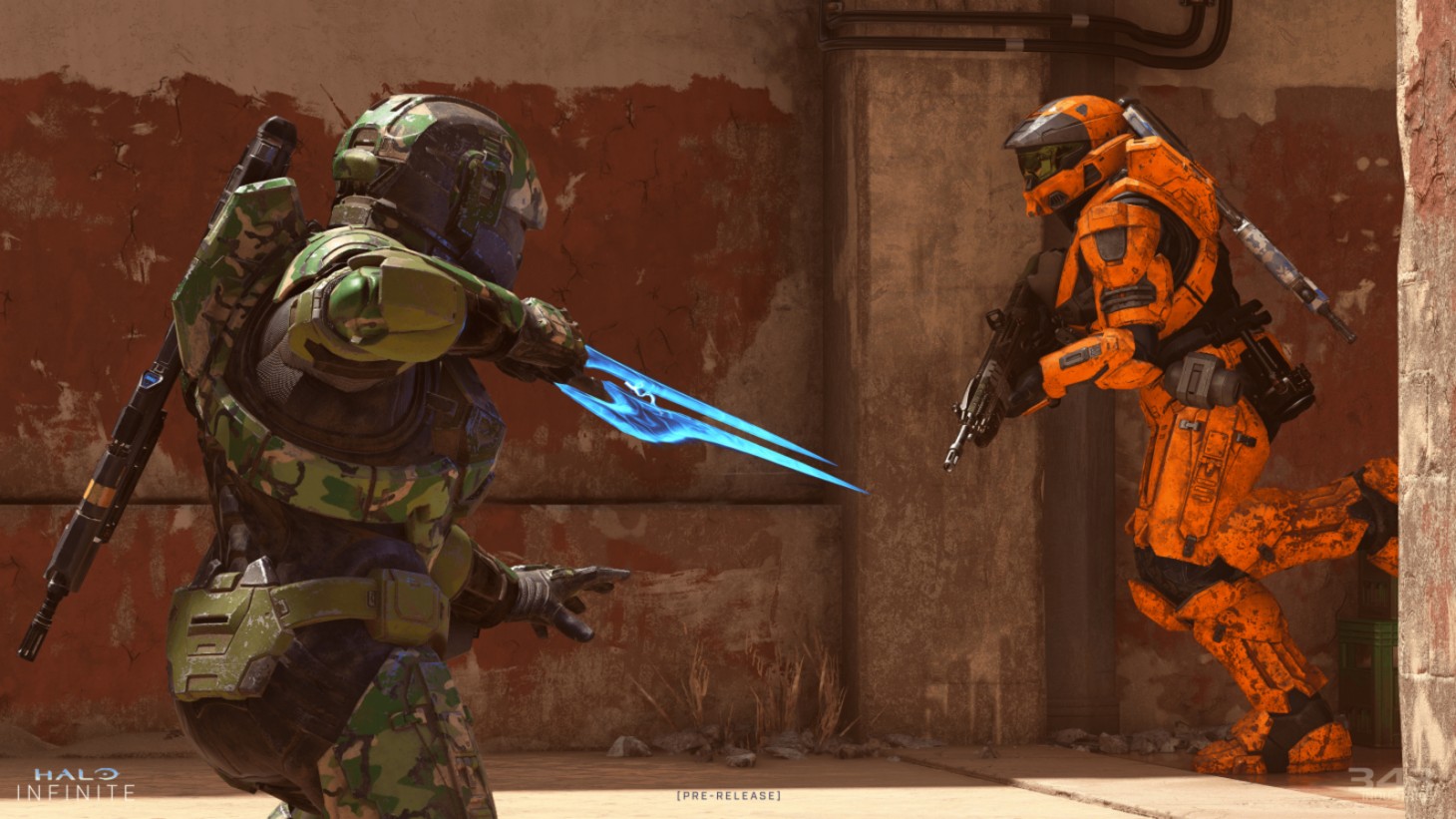 Players Are Doing Some Pretty Wild Things In Halo Infinite

Halo Infinite isn’t even out yet, but that’s not stopping players from stretching its systems to their limits in the multiplayer technical previews as of late.

The latest batch of technical previews happened during the previous two weekends and in those previews, the classic Halo mode, Big Team Battle, was available to play. Matches took place on a map called Fragmentation in Big Team Battle – it’s basically Halo Infinite’s version of Valhalla from Halo 3 – and the sheer size of the map allowed players to test what is and isn’t possible in Halo Infinite.

Halo Infinite is going to be Insane pic.twitter.com/GDNgK2Mw6D

The clip above showcases perhaps the most impressive Halo Infinite clip we’ve found. In it, streamer Mint Blitz discovers that if you grapple to a vehicle, your Spartan will basically follow that vehicle wherever it goes…including across basically the entirety of the Fragmentation map.

And speaking of grappling to vehicles, Kinda Funny’s Andy Cortez discovered that you can hijack a Banshee far above the map by grappling to it. Simply have a grappling hook on hand, aim for the vehicle (this is probably easier said than done), and fire away. Then, sit back and watch as your Spartan soars through the air to steal a Banshee.

Redditor SumptuarySun1016 discovered what might be the most tactical approach to Halo Infinite we’ve seen thus far: standing atop a Wasp. The Wasp is a relatively new vehicle, first appearing in Halo 5, and it’s basically a UNSC-version of the Banshee shaped like a large drone. While it’s great on its own to use, taking a trusty Spartan teammate up to the skies above is even greater as it gives them an extra-high vantage point to take out enemies down below.

Transitioning back to the battle on the ground, check out this clip from redditor yourwelcomeidiot. As you can see in the video below, they discover that Spartans can absolutely yeet a fusion coil (readily available at both ends of Fragmentation) and on top of that, you can yeet a fusion coil right into a drop wall equipment pick up to take it down in one swift go.

Finishing up our very-cool-clips tour of Fragmentation in Halo Infinite, redditor Oddballforlife (fitting username) discovered what one of our editors felt when they played multiplayer this past weekend: Halo is back.

As you can see in the clip above, Oddballforlife learns that the Halo Infinite Gravity Hammer is as powerful as it’s always been, capable of absolutely destroying a Warthog with just a couple of hits. It doesn’t hurt that Halo Infinite’s vehicular ragdoll physics absolutely sent that Warthog flying.

Gamertag Radio’s Danny Peña became a grappling hook master on Halo Infinite’s Behemoth map and his clip serves as an excellent tip for any and all players: use your grappling hook to recover from an otherwise deadly fall.

Our final clip in this Halo Infinite round-up is less something-cool-to-do-in-Halo and more of a something-not-to-do-in-Halo PSA that comes by way of Gamertag Radio's Peter Toledo: landing on the Pelicans that drop into maps will kill you immediately so uhhh don’t do that.

The color commentary on this from @RianaTweetsNow

If you have any awesome clips from your time with Halo Infinite, be sure to share them with Game Informer by linking to them in the comments below or tagging us on social media.

For more about Halo Infinite, check out our impressions from the recent multiplayer technical preview and then read about how 343 Industries is changing Halo Infinite’s radar following player criticism. Check out this story about how you can earn in-game rewards by picking up special Halo Infinite editions of Rockstar energy drinks after that.

Have you been playing Halo Infinite in the technical previews? What do you think of it? Let us know in the comments below!