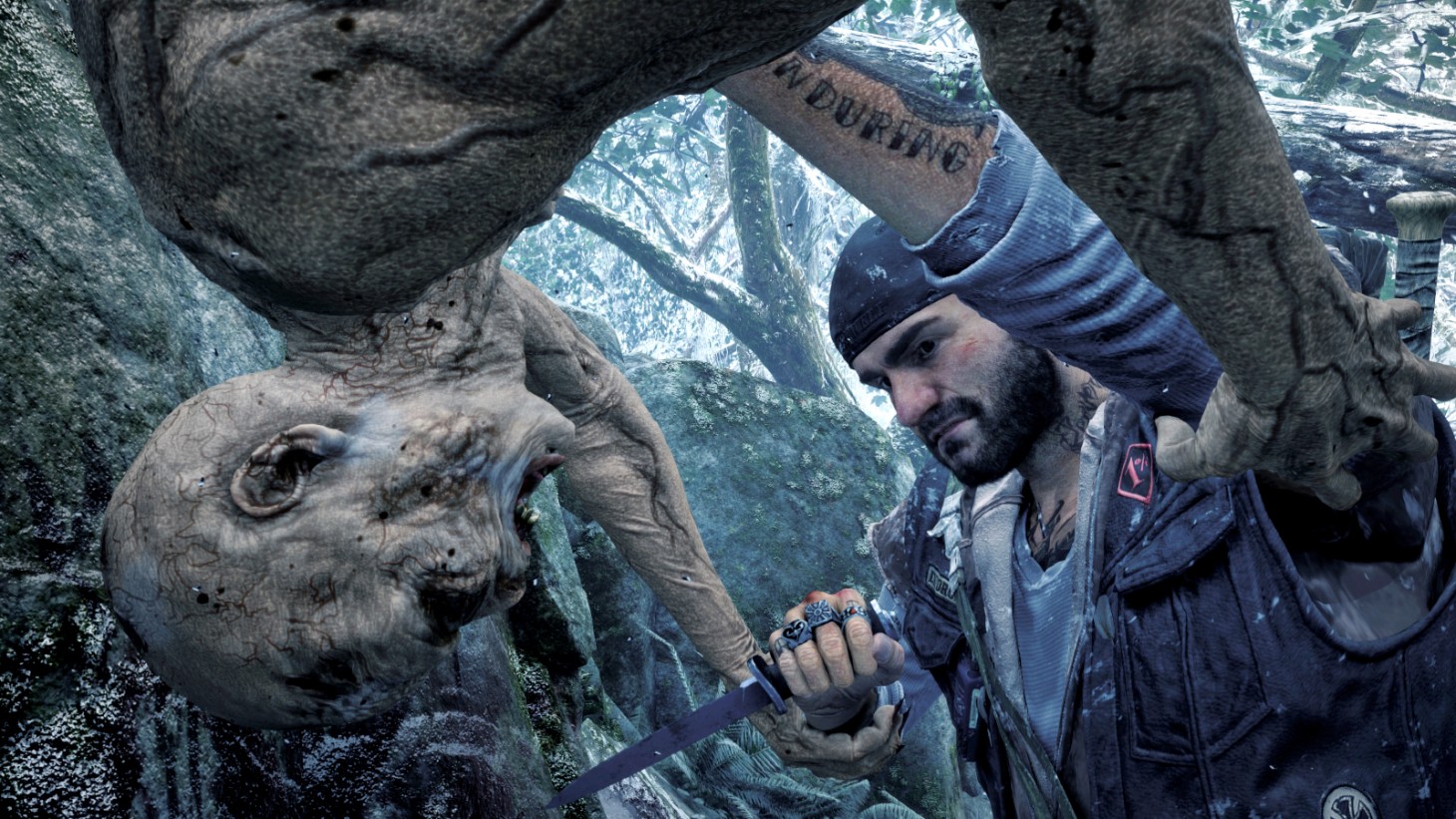 Update: Days Gone Sales Numbers Might Be Lower Than 8 Million After Director Reveals Source Was Site That Tracks Trophies

Yesterday, Game Informer reported that Days Gone director Jeff Ross said Bend Studio's latest game sold more than Ghost of Tsushima, which recently hit a milestone after selling 8 million copies. However, in a recent livestream with former God of War and Twisted Metal director David Jaffe, Ross revealed that his source for the sales numbers was a now-defunct website called Gamestat, which tracks PlayStation Trophy data, as reported by PushSquare.

Here's what Ross said: "Where I got my data from, I had access to a lot of telemetry, and I could see stuff and when we were at 5 million copies – when we were announced at 5 million copies – the telemetry data was at 5.8 [million]. There are basically resells or shared discs. I was actually using an external website – I think they're offline now – but they were using trophy data and it lined up with our internal telemetry data so for me, it's like, 'good enough.'"

Ross then said that when leaving Sony, you don't necessarily get final numbers for a game's sales. Ross also said as a creative director, he didn't have access to the complete and official Sony numbers.

Following the stream, Ross tweeted today that he stands by the Days Gone sales numbers he revealed earlier this week and that in using Gamestat to cross-reference the telemetry he referred to above, "each set of data verified the other."

During Jaffe's stream, Ross also said the telemetry he's referring to was seen by him before Days Gone was released as a PlayStation Plus title in 2021.

What's interesting about this is that trophy data does not necessarily translate directly to sales. That's because players that have purchased used copies of Days Gone or have played it as a PlayStation Plus title (neither of which would be tracked as new sales) can earn trophies.

The players that earned trophies from used copies of Days Gone would be lumped into the players that purchased a new copy of Days Gone, thus skewing the total numbers Ross cited as copies sold. So, while Days Gone likely did sell millions, the 8 million copies sold (plus 1 million sold on Steam) is likely not completely accurate.

Ross also clarified that when he said Days Gone was a disappointment to "local studio management," he was referring to upper management within Bend Studio and not necessarily PlayStation or Sony management.

This update was updated to include direct quotes from Ross. The headline has been changed to reflect Ross' words more accurately, too.

Days Gone has sold at least 9 million copies, according to its director.

Yesterday, Game Informer reported that Sucker Punch Productions’ 2020 samurai game, Ghost of Tsushima, has sold more than 8 million copies – quite the feat, especially for a new IP from the developer. According to former Days Gone director Jeff Ross, the Pacific Northwest zombie title sold even more copies than Ghost of Tsushima but, instead of the warm reception Ghost of Tsushima received for its sales, PlayStation viewed it as a “big disappointment.”

“At the time I left Sony [December 2020], Days Gone had been out for a year and a half (and a month), and sold over 8 million copies,” Ross wrote in a quote tweet of Game Informer’s Ghost of Tsushima story about its latest sale milestone. “It’s gone on to sell more, and then a million+ on Steam. Local studio management always made us feel like it was a big disappointment.”

At the time I left Sony, Days Gone had been out for a year and a half (and a month), and sold over 8 million copies. It's since gone on to sell more, and then a million+ on Steam. Local studio management always made us feel like it was a big disappointment. #daysgone #PlayStation https://t.co/KMZr2pGe9r

This isn’t a necessarily surprising sentiment from Ross as others have pointed out Sony and PlayStation’s awkward PR play for the game. As noted by Benji-Sales, a popular video game sales and business analyst on Twitter, back in January of 2020, Days Gone was the best-selling PS4 exclusive on PSN in 2019 and it also held a spot in the top 10 best-selling digital games for the entire year. Benji-Sales even joked that “Sony won’t do PR on the sales success of the game, but I’ll keep pointing it out for them.”

Back in April of 2021, Ross alluded to the fact that Days Gone did not make enough money to greenlight the sequel Bend pitched to PlayStation, and he also shared some details on what Days Gone 2 would have been.

Ross has expressed his disappointment in the the lack of further Days Gone development. There’s probably something to be said of Ross’ departure from the studio following the release of Days Gone, which he’s now revealed was viewed by local management (likely local Sony and PlayStation management) as a “big disappointment.”

The former Bend director touched further on his initial tweet in the replies section, revealing that he’s “not sure” if current Bend developers are unhappy with management. In a reply to someone asking if that’s the case, Ross said “in my case, there were years of issues to work through.” He also revealed that the lack of official sales discussion from Sony and a possible sequel “wasn’t ever explained well,” citing in a different tweet that despite that, former Sony Interactive Entertainment Worldwide Studios chairman Shawn Layden, who left the company in 2019, was Days Gone and Bend’s “biggest advocate.”

Layden even replied to Ross’ tweet last night, which you can see below:

Congratulations 🥂🎉 Always thought it was an ambitious and impressive title. The HORDES! It was a real privilege to be there on Launch Day. Will not forget. 💪🏽💙 pic.twitter.com/kt3EnlhsJb

Elsewhere in Ross’ tweet replies, the Days Gone director reveals that developing Days Gone was not an easy task.

“Development was a long slog, but we were a small team learning how to make our first open world game,” he wrote. “All things considered, it’s amazing we finished at all.”

Ross also notes that just because Days Gone didn’t review as well as Bend and perhaps Sony and PlayStation might have liked, the potential for a “kick-ass sequel was there.” He noted that the first Killzone got a 70 on Metacritic but that its “sequel roared back with a 91.” Bend was planning to raise eyebrows with a sequel much in the same way, he said, citing that “you gotta crawl before you can walk, and walk before you can run.”

For more, check out our thoughts on both games in Game Informer’s Days Gone review and Game Informer’s Ghost of Tsushima review. Read about what Days Gone 2 would have been, including a “shared universe with co-op play,” after that.

Did you play Days Gone? What did you think of it? Let us know in the comments below!